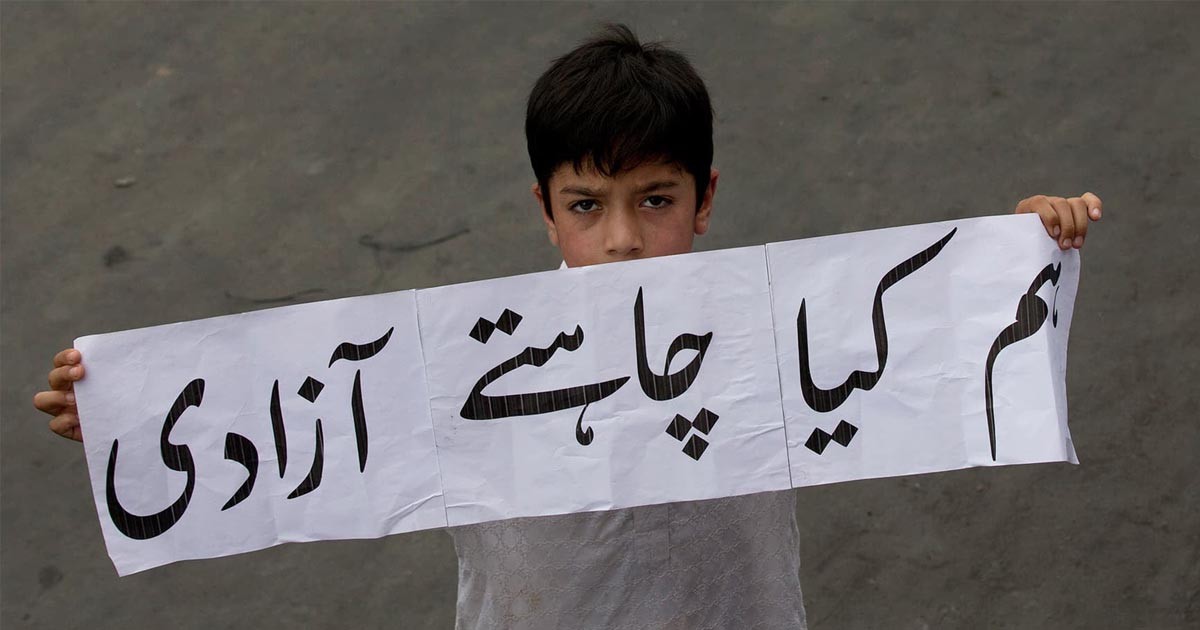 Kashmiris have given a clear message to Modi that they want only and only freedom. They have said “lift curfew once then you will see what happens here.”

In Indian occupied Kashmir, the authorities continue to impose strict curfew and other restrictions across the Kashmir valley on the 12th consecutive day, today, to prevent people from holding demonstrations against India’s decision to change the special status of the territory.

Hurriyat forums in coordination with civil society and the associations of lawyers, journalists, traders, transporters and employees have appealed to the Kashmiri nation, the people of the Kashmir valley, Jammu and Kargil, to come out on streets and raise their voice for their inalienable right to self-determination. The UN Security Council is holding a meeting to discuss the Kashmir dispute, today.

Does the Modi govt have the heart & strength to lift the curfew in Kashmir? We all know what it would lead to; Modi sarkar’s false claims of Kashmiri’s being happy over union of J&K territory and scrapping of Article 370 will largely stand exposed.

The occupation authorities continue to maintain strict curfew with the deployment of thousands of Indian troops in every nook and corner of the Kashmir valley, turning it into a military garrison and big concentration camp.

The communication blackout also continues as internet and telephone links are snapped and media is gagged since the night of 4th August. After imposing communication blackout on occupied Kashmir, Narendra Modi government had announced scraping of the special status of Jammu and Kashmir by abrogating Article 370 of the Indian Constitution on 5th August.

The Kashmir valley remains cut off from the external world due to suspension of Internet services and telephone links. Local newspapers have failed to update their online editions during all this period and majority of them could not hit the stands due to curfew and other restrictions.

On the other hand, almost all Hurriyat leaders, including Syed Ali Gilani and Mirwaiz Umar Farooq, have been put under house arrest or in jails. More than 900 political leaders and workers including even pro-India politicians like Farooq Abdullah, Omar Abdullah, Mehbooba Mufti, Engineer Abdur Rasheed, Sajjad Lone and Shah Faesal have been detained since the curfew in Kashmir began.

Due to severe blockade, a famine-like situation is emerging in occupied Kashmir as people are facing severe shortage of essential commodities including baby food and life-saving medicines and the occupied territory represents a humanitarian crisis.