The champion of human rights and philanthropist, Shahid Afridi, urges the government to introduce public capital punishment for rapists, following the fresh case of child sexual abuse reported from Kasur 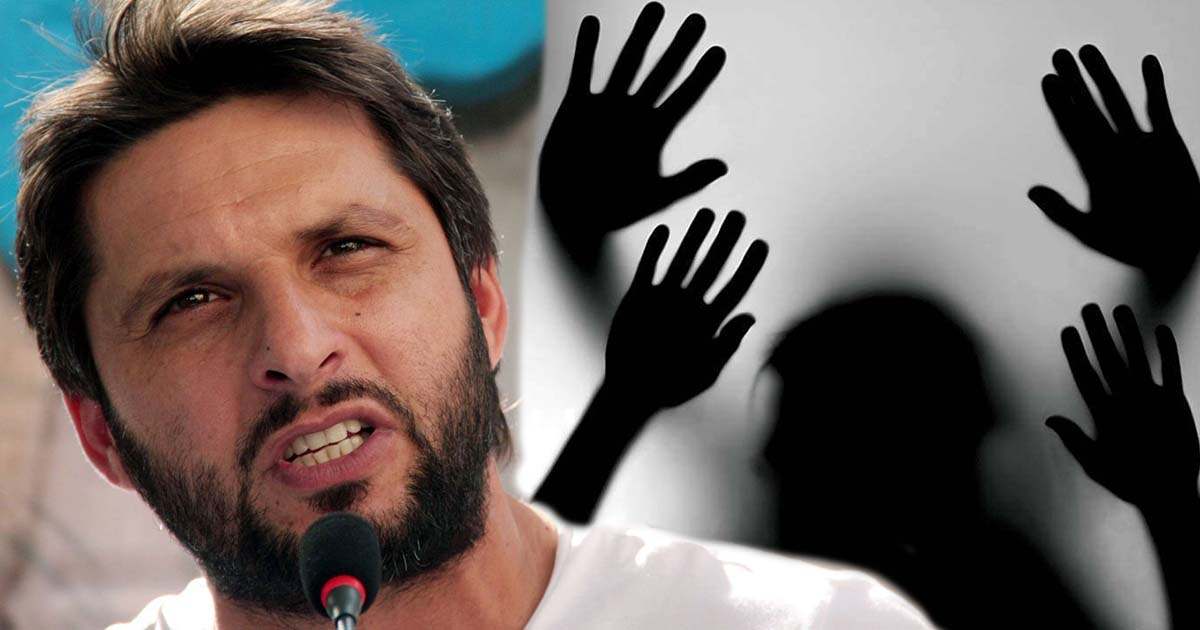 Former cricketer Shahid Afridi demands the public hanging of rapists following the recent Kasur incident. He asserted that strictest punishment should be given to rapists to set an example for everyone.

He was addressing a ceremony in Karachi. His response came in question regarding the recent horrific incident of child abuse and murder in Kasur, Punjab’s district.

He suggested that the public hanging of rapists is the solution to curb such incidents and that no human rights organizations should object to capital punishment.

Two days earlier bodies of five children were found who went missing from various areas of Kasur district. According to Police, the children went missing in the last three months, one of whom was identified as the boy whose body was found on Tuesday. The two other children have yet to be identified.

Khan disagreed with Shahid Afridi’s statements and asserted that he is a national hero and hence has the right to express his opinions.

Kasur has been the center stage of child abuse for the past few years and rose to public attention after the case of the child pornography scandal, which affected nearly 300 children, originated from the city in 2015.

A couple of days ago, Shahid Afridi took to Twitter and expressed his concerns on the ineptness of Sindh and Punjab provincial governments. In the past few weeks, appalling stories of human plight have been surfacing from both the provinces, which forced the former cricketer to raise his voice.

Anchorperson Hamid Mir discussed Shahid Afridi’s assertions in his program and asked the senior PTI leader Ali Muhammad Khan to express his views on the cricketer’s tweet. Khan disagreed with Shahid Afridi’s statements and asserted that he is a national hero and hence has the right to express his opinions. Prime Minister Imran Khan has placed a strong faith in CM Buzdar and he will not disappoint him.

PM Khan arrives in Qatar ahead of US-Taliban Deal