Katrina Kaif upset over the failure of ‘Thugs of Hindostan’ 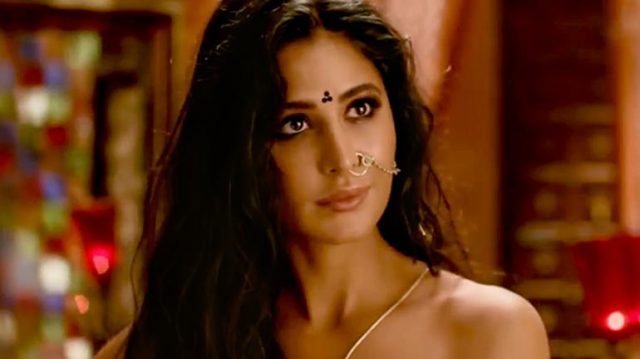 The star-studded cast including Bollywood’s perfectionist Aamir Khan and legendary Amitabh Bachchan had spoken about plausible factors for the slump of the highly anticipated film ‘Thugs of Hindostan’ that was expected to smash the box-office. Unfortunately, the film failed to woo the audiences as they claimed the storyline missed a coherent structure.

Katrina Kaif opening about her experience stated in an interview, ‘”I know Aamir has spoken on the matter and it has really hurt deeply and personally. Disappointment is always good as it wakes you up a little bit again.”

“It was not for lack of trying, something just went wrong in case of Thugs of Hindostan. You need to have guts and urge to try things and be prepared it may or may not work,” she added further. After failure, Aamir Khan had stepped forward and intrepidly accepted the responsibility of the failure of the movie.

“I think we went wrong and I would like to take full responsibility for that. We tried very hard to make a good film and we didn’t hold back from putting in our entire effort, but somewhere or the other we went wrong. There are people who have liked the film and we are thankful to them, but they are in a minority. Most people didn’t like our film — we are aware of that.”

“I want to apologize to my audience also like this time I wasn’t able to entertain them. I know people came in theatres with a lot of expectations but they didn’t enjoy the film,” commented the 53-year-old star.

Read more: Fans ‘massively disappointed’ by Thugs of Hindostan: Here is why?

Despite the miserable fall in ‘Thugs of Hindostan’, Katrina Kaif is hopeful for her upcoming venture ‘Zero’ featuring Shah Rukh Khan and Anushka Sharma. Katrina Kaif is excited about her next release and is actively participating in the promotions of the film.

She stated “With regards to Zero, it is hard to say. You never know from before a film (whether it will work or not). Lot of work has gone into it. It is hard to tell. I believe it is a good film and is a good story.”

Directed by Aanand L. Rai, the film starring Shah Rukh Khan and Anushka Sharma alongside Katrina is slated for release on December 21.

This modified Suzuki Jimny looks so beautiful from inside & outside