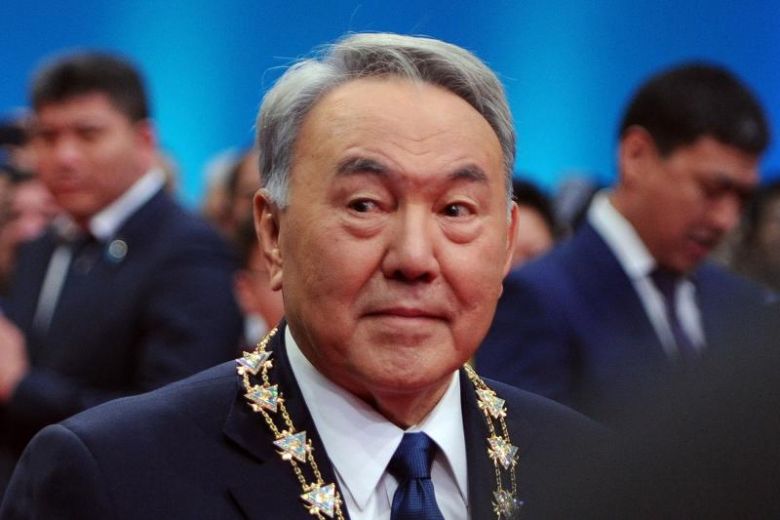 Kazakhstan President Nursultan Nazarbayev shocked the nation on Tuesday by resigning after nearly three decades in power that transformed the Central Asian republic. Nazarbayev, 78, ruled Kazakhstan since before the collapse of the Soviet Union and leaves no obvious successor.

He will continue to enjoy significant powers, however, thanks to his constitutional status as “Leader of the Nation” and lifelong position as chief of the country’s security council. “I have made a difficult decision — to resign as president of the Republic of Kazakhstan,” Nazarbayev said in a televised address to the nation.

The son of a shepherd, Nazarbayev trained as an engineer before rising through the ranks of the Kazakh Communist Party to head it and the country in 1989.

“I see my future task as ensuring the coming to power of a new generation of leaders who will continue the transformations being carried out in the country.” Nazarbayev said the chairman of the Kazakh Senate, 65-year-old Kassym-Jomart Tokayev, would take over for the remainder of his mandate. A presidential election is due in March next year.

Tokayev is due to be sworn in as the country’s interim leader at 0600 GMT on Wednesday. As well as his state positions, Nazarbayev will remain head of the ruling Nur Otan party. “I am staying with you, the needs of the country and people will remain my concern,” he said.

Nazarbayev took office in 1990 and following the death of Uzbek president Islam Karimov in 2016, was the last regional leader to have been in power since before the 1991 collapse of the USSR.

Nazarbayev spoke with Russian ally President Vladimir Putin about his resignation and the pair agreed to maintain “regular contact”, according to a statement published by the Kazakh presidential administration. He also spoke to other leaders of former Soviet republics.

Put Kazakhstan on the Map

Nazarbayev was elected in 1999, 2005, 2011 and again in 2015, when he took more than 97 percent of the vote. The votes were internationally criticised and he was accused of tolerating little opposition to his rule.

Nazarbayev, 78, ruled Kazakhstan since before the collapse of the Soviet Union and leaves no obvious successor.

But under Nazarbayev, the sprawling nation of 18 million parlayed its energy resources and strategic location into influence, emerging from ex-Soviet obscurity to host Iranian nuclear talks and Syria peace negotiations. The gleaming futuristic new capital Astana, built in the years since independence, symbolised Nazarbayev’s drive to transform the country.

In his address, Nazarbayev listed a series of achievements, saying the economy had grown by 15 times during his years in office. “From the ruins of the USSR, we managed to build a successful state with a modern market economy in Kazakhstan,” he said. “We put Kazakhstan on the map, where there had been no such state.”

Recent years however have seen growing frustration over falling living standards as Kazakhstan’s commodity-dependent economy struggled to recover from a 2014 plunge in oil prices and Western sanctions against Russia, a key trading partner. Nazarbayev’s resignation came less than a month after he sacked his government citing a lack of economic development.

Nazarbayev subsequently named 53-year-old Askar Mamin as the new prime minister and announced a plan to spend more than $5 billion on social programmes and state salaries. There is no obvious succession plan in place and there are no clear alternatives to Nazarbayev’s rule in the largely Muslim country, which has a significant ethnic Russian minority.

Kazakhstan President Nursultan Nazarbayev shocked the nation on Tuesday by resigning after nearly three decades in power that transformed the Central Asian republic.

Andrei Suzdaltsev, a professor at Moscow’s Higher School of Economics, said the resignation would have an impact across the region. “You have to hand it to him — this is a breath-taking move. He established a tradition of power transfer, he resigned voluntarily. And for Central Asia this is something incredible,” Suzdaltsev told AFP.

He said Mamin, the interim prime minister, “is most likely a contender” to replace Nazarbayev in the longer term. In his speech, Nazarbayev also expressed confidence in Senate chief Tokayev, saying: “He is the person we can entrust with the governance of Kazakhstan.”

Sergey Duvanov, an independent Kazakh analyst, said that by holding on to his other positions Nazarbayev would remain the power behind the throne.  “He will continue to rule the country, just with a different title. This plan has been thought up precisely in order for everything to stay the same,” Duvanov said.

The son of a shepherd, Nazarbayev trained as an engineer before rising through the ranks of the Kazakh Communist Party to head it and the country in 1989. He was elected to the new role of president on the eve of the Soviet breakup in 1991.

The Taliban have not changed, warn Afghans living under their rule