Key dates in the history of the Palestinians 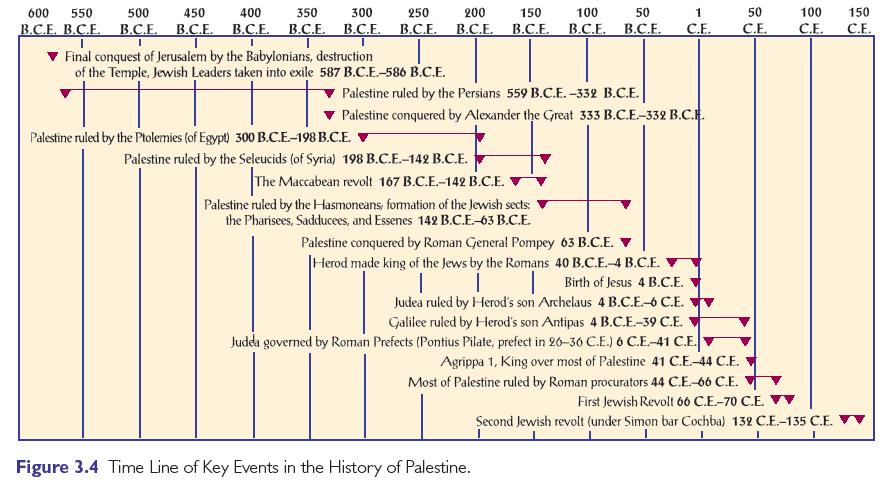 Here are the main dates in Palestinian history:

Towards the end of the 19th century the first Jews arrive in Palestine, fleeing anti-Semitism in Russia and central Europe. In 1891, key figures in Jerusalem protest to Ottoman rulers against Jewish immigration and the purchase of land by colonisers.

In 1917, Britain publishes the Balfour Declaration that calls for “the establishment in Palestine of a national home for the Jewish people”. A first Palestinian congress is held a year later in Jerusalema rejecting the establishment of a Jewish homeland. In 1922, Palestine comes under British mandate. A national uprising by Palestinians known as “The Great Revolt” takes place from 1936 to 1939.

In 1947, the UN General Assembly adopts Resolution 181 dividing Palestine into Jewish and Arab states and creating a special international zone for Jerusalem. The Jews accept the vote but the Arabs reject it.

On May 14, 1948, Israel formally declares its independence to the joy of Jews but anger of Arab nations which immediately declare war. More than 760,000 Palestinians either flee or are forced off land claimed by the new state as Israeli forces raze some 400 towns and villages. The exodus creates huge numbers of refugees spread across the region. For the Palestinians, it is the Nakba, Arabic for “catastrophe”.

Read more: How will Palestinians react to Trump’s declaration of making Jerusalem the…

In 1967, an attack by Arab countries results in a dramatic military victory for Israel which in six days captures the Gaza Strip, the West Bank, Arab east Jerusalem and Syria’s Golan Heights. Colonisation begins in the occupied territories shortly after the war.

In 1964, the Palestine Liberation Organisation (PLO) is created. In 1993, Israel and the PLO agree on limited Palestinian autonomy in the West Bank and Gaza Strip, a deal sealed with an historic handshake between Israeli prime minister Yitzhak Rabin and PLO chief Yasser Arafat.

There have been two Palestinian uprisings, known as intifadas — in 1987 and 2000. The first erupts in territories occupied by Israel. It ends in 1993 with the Oslo Accords between Israel and the PLO. Rabin is assassinated two years later by a right-wing Jewish extremist.

The second Palestinian intifada breaks out in 2000 after right-wing Israeli opposition leader Ariel Sharon visits the Al-Aqsa mosque compound in occupied east Jerusalem.  The Israeli army reoccupies much of the West Bank, before launching a vast offensive in 2002. The intifada ends in 2005.

In 2006, Hamas — an Arabic acronym for the Islamic Resistance Movement — sweep to a landslide victory in the Palestinian parliament over rival faction Fatah. Hamas-Fatah talks fail, fanning a political crisis that erupts into deadly violence between the sides in the Gaza Strip.

In 2007 Abbas declares a state of emergency and dissolves government but Hamas fighters rout pro-Abbas forces and take control, a move the president calls a coup. Calm returns but the Palestinian territories are effectively split into two geographically divided and separately-ruled entities in Gaza and the West Bank.

In 2014, the factions put up a united front after Israel launches a 50-day blitz against Gaza in response to rocket fire, but the unity government falls apart months later.

US embassy in Jerusalem

On May 14, 2018, the inauguration of the US embassy in Jerusalem goes ahead despite bloodshed the same day along the Gaza border in which 60 Palestinians are killed. The inauguration is attended by a Washington delegation that includes US President Donald Trump’s daughter Ivanka and her husband Jared Kushner, both White House aides.