PML-N and PPP are reluctant to be a part of the amendment but they also want ‘concessions’ in the ongoing cases. What are Bilawal and Maryam up to? Will this 'scratch my back and I scratch yours' policy work? 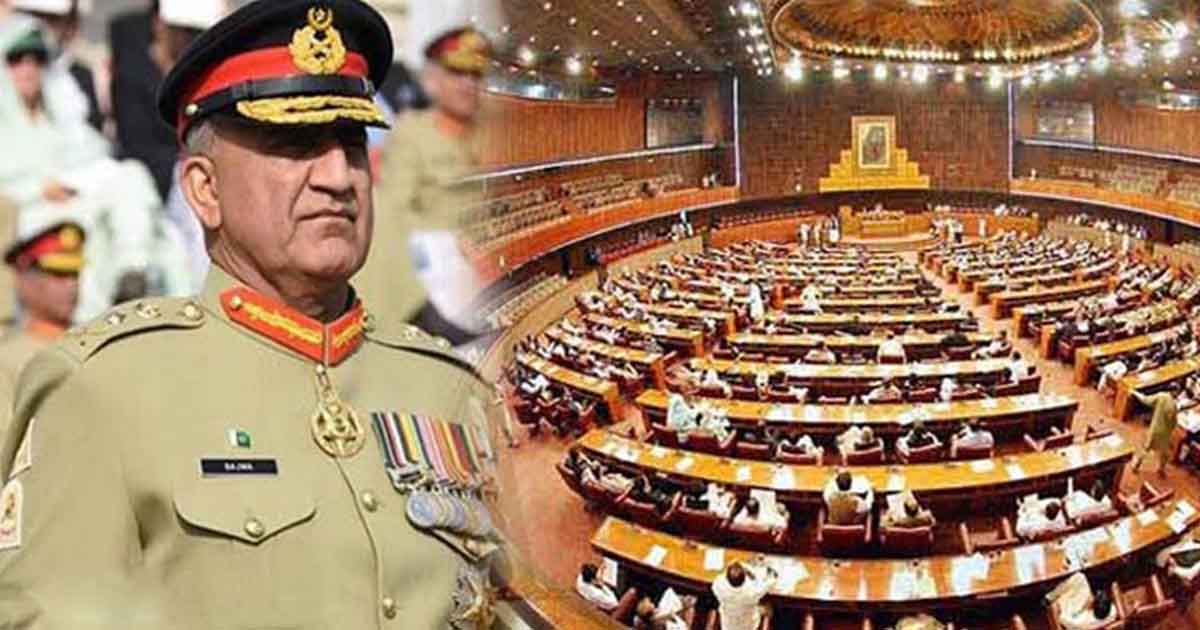 After weeks-long deliberation and efforts, the Federal Cabinet on Wednesday approved an amendment to the Pakistan Army Act to ensure an extension in the tenure of Chief of Army Staff (COAS) General Qamar Javed Bajwa. The government took the decision in ‘haste’, allege some opposition leaders. Notably, the draft of the bill has been kept confidential. Sources privy to the development informed GVS that there were only two copies of the draft; one for the defense secretary and one for the relevant minister.

The Supreme Court of Pakistan gave a six-month extension in service to the COAS last month. The court asked the parliament to construct and pass a law to deal with the matter of extension of a serving Army Chief.

We need consensus on the accountability, ECP, and the judiciary. [God-willing], we shall move forward with mutual consent.

Nearly a month after the Supreme Court ruling on the extension of the COAS, the government filed a review petition on last Thursday, raising 26 questions of law against the judgment while pleading for “preservation of two leading institutions” for a “healthy democracy”.

On Wednesday, Prime Minister Imran Khan chaired an emergency cabinet meeting to review the amendment in the Act for the extension in the army chief’s services. According to sources, it was expected that the government may table the bill in the Parliament’s current session. But some ministers suggested the premier to “hold on and approach the opposition for consensus”.

Earlier, on Tuesday, President Dr. Arif Alvi had convened a session of the Parliament’s upper and lower houses on a 24-hour notice. The move was unexpected as the upper house of the legislature had not met for 124 days apart from a requisitioned session.

Separately, the minister for science and technology, Fawad Chaudhry, said on Wednesday that the government was likely to make amendments to the Army Act this week.

While speaking on the floor of the National Assembly, Chaudhry said there was a need for a national agenda to take matters forward. “How can Pakistan move ahead when there is a huge gap between the government and the Opposition?” he questioned.

The minister asked how could the system work if there was no legislation on the National Accountability Bureau (NAB), Pakistan Army Act, and the Election Commission of Pakistan (ECP). The administration and the opposition would have to bridge the gaps, at least on national issues, he reasoned.

He further said that the minister for defense, Pervez Khattak, was heading a government committee that was in talks with the Opposition parties regarding legislative matters. “They need to inform us as to what they agree on in the amendment and what they don’t agree with,” Chaudhry said. “We need consensus on the accountability, ECP, and the judiciary. [God-willing], we shall move forward with mutual consent.”

PPP and PML-N to remain absent

Sources in PML-N confirmed to GVS that the party is likely to remain absent the moment PTI’s government shall present the draft before the National Assembly for the voting. The same has been conveyed by the PPP’s leadership. Although opposition enjoys a majority in the Senate of Pakistan yet it is to remain absent to apparently let the government amend the said article of the constitution.

As far as PML-N is concerned, there has been no reaction from the senior party leaders on any of the recent developments in Pakistan e.g. decision against former military dictator Pervez Musharraf in the high treason case, the extension of the COAS and changes in the NAB law.

It is yet to be seen will both parties be able to remain aloof of the development at a time their leaders are facing corruption cases being carried out by the NAB.

Call it a six-week-long leave, not a bail: Fawad schools PML-N