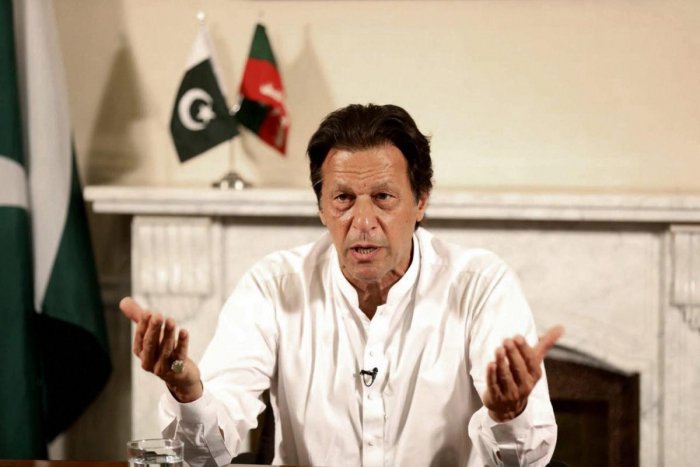 Unveiling an unconfirmed schedule of the NA formation, the law minister told the press that Election Commission of Pakistan had already been taken on board and is engaged in making necessary arrangements required to hold the prime minister’s election on the proposed date. Mr Zafar said a session of the new constituent assembly is likely be called on August  11th or 12th.

“If it is held on Aug 11, the election of the prime minister can take place on Aug 14 and on the same day Presi­dent Mamnoon Hussain can administer the oath to the new prime minister,” he added.

The PTI agreed that Sindh police reforms will be implemented, a university will be established in Hyderabad, and constituencies identified by MQM-P will also be audited, read the memorandum of understanding.

He further said that if the NA session was held on Aug 11, the same day the new members would take the oath. Barrister Zafar added that after printing of ballot papers for the elections of the NA speaker and deputy speaker, their elections could take place on Aug 13 and the next day the election of the prime minister could be held.

However, if the National Assembly session was called on August 12th, the election of the prime minister would be held on August 15th. “We wanted that the new prime minister should take his oath on Independence Day so that the new government can start its functioning with full national fervor and commitment to bring progress to the country,” the law minister said.

Read more: “Pir told me I would be assassinated after becoming PM”: Imran…

Meanwhile, winning candidates of the July 25th general elections will have to submit returns of their election expenses on August 4th (today), which was the deadline fixed by the ECP for the filing of returns and a notification will be issued the following day. Three days will be given to independent candidates if they want to join any party. Similarly, three days will be spent on seats reserved for women and minorities.

The caretaker law minister told the media that as per Constitution the first session of the National Assembly would have to be summoned within 21 days after the general election. He said it was necessary to fulfill this obligation by Aug 15.

After the election, the newly-elected prime minister would take the oath and tenure of the interim Prime Minister and his cabinet would be over and all administrative powers would be transferred to the newly elected government under constitutional provisions.

Read more: Is Imran Khan’s decision to turn PM house into an educational…

To complete the number game, The Muttahida Qaumi Movement-Pakistan (MQM-P) and the Pakistan Tehreek-i-Insaf (PTI) finally reached an agreement on Friday, the 3rd of August. The former has agreed to support the latter in the formation of the government in the Center. The PTI will strive to implement the points mentioned in the agreement, said the convener of the MQM-P, Khalid Maqbool Siddiqui.

Interestingly, in exchange for MQM-P’s support for the upcoming federal government, PTI promised that a special federal package will be announced for Karachi, with an emphasis on the provision of water for its residents. Additionally, the PTI agreed that Sindh police reforms will be implemented, a university will be established in Hyderabad, and constituencies identified by MQM-P will also be audited, read the memorandum of understanding.

Rupee Devaluation: Was the State Bank’s Independent policy the cause?

Standing up against processed water: Umair Khan from Swabi