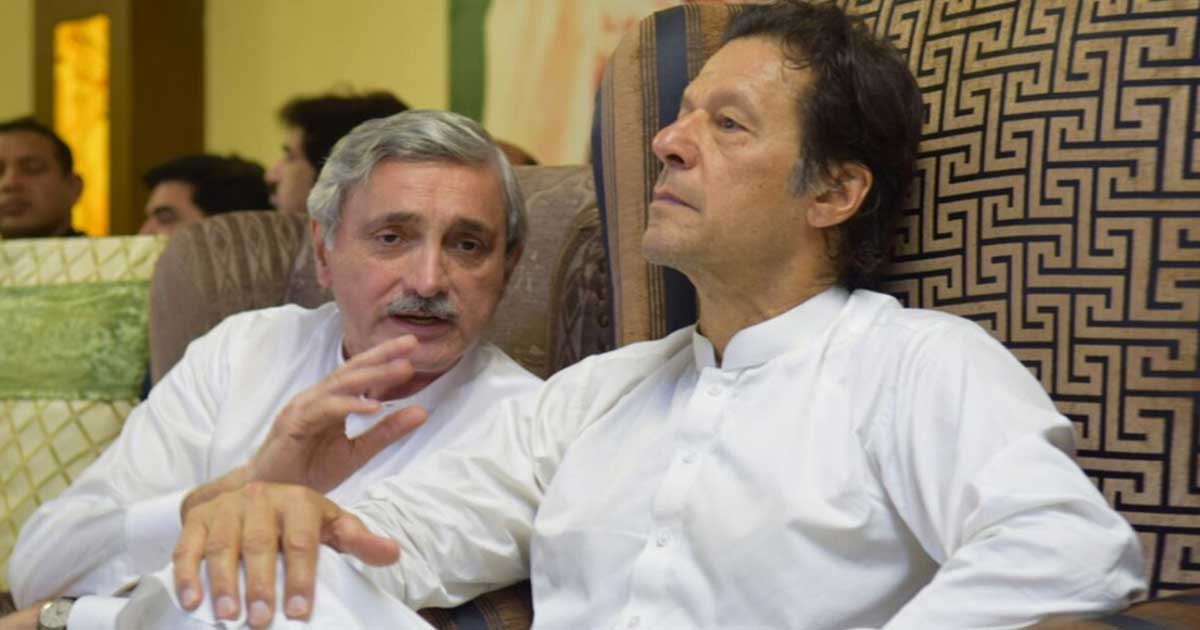 The 48 laws of power authored by Robert Greene in which he prays, “Lord, protect me from my friends; I can take care of my enemies”, stands true for Imran Khan, our charismatic Prime Minister. Amid COVID-19, Khan steps into another windstorm. The partial divulging of wheat-crisis report with his affirmative nod is just a flash of lightning. It will quickly be followed by a clap of thunder on the day forensic report is unveiled.

Read more: Jahangir Tareen and Shehbaz Gill hit each other through Twitter

Yet jitters within the PTI’s ranks and files have started appearing. Evidence being Raja Riaz’s staunch criticism of Shehbaz Gill. It’s worth mentioning that sugar barons held responsible for wheat shortage are PTI’s bigwigs: Jahangir Khan Tareen (JKT) and Khusroo Bakhtiar. The combo of both forms a lynchpin without which the PTI government dies behind the wheel. Monis Elahi of PML-Q was implicated too for the fictitious crisis. Sans PML-Q, Buzdar lulls into a false sense of security in Punjab.

Interestingly the inquiry report unearthed by Wajid Zia comes from a person handpicked by PM Khan for DG FIA post. Who once proved to be the “Lawrence of Arabia” in packing up filthy Panama diaries and the associated God-father.

After report made public on last Saturday, PM Khan performed major reshuffle in the cabinet and even hinted at further changes in the future. The media team whoops up the Khan’s extraordinary step to make public the report which incriminates his own tightly-knit coterie. But is it as simple as it seems? What will be the political ramifications for Khan’s government in the coming days? As in media talk-shows, JKT referred time and again to his power-making knacks in formulating Khan’s friable majority government.

On eve of 2018 polls, Khan was not fagged out in reverting to ‘Science of Electable’. JKT was one who was the master of that science. Without JKT, the rubric of the “science of electable” might turn upside down by leaving Khan in the lurch.  Oh! in telling about JKT’s peculiarities totally forgot about State-mandated aforementioned Lawrence who once precipitated the fall of Sharif’s fiefdom. Khan then elated him. But what to say about history which validates chickens that come home to roost. If in 2017 one serious dent be occurred in Sharif’s regimentation in the aftermaths of an inquiry report; then in 2020 too, Khan’s government is no exception.

The turf war within the PTI stratum is not new. It was many months in the making. First, it’s about Shah Mehmood Qureshi versus JKT. But after sidelining Qureshi from CM Punjab slot, JKT’s henpecked Buzdar became the apple of Khan’s eye. No matter how ham-handed he was, given to spiritual culling from Khan’s own home, Buzdar became his stubborn perverseness. Buzdar, Buzdar and no other than Buzdar was the chanting mantra of Khan.

While now as the inquiry report regarding wheat and flour shortage is brought into open, the ruthless political schism within the party is ready to pierce its fangs into much more vulnerable Khan’s throne. JKT is neither an individual nor any representative of Mafia—that imposed hindrance in way of Khan’s idealism. Rather he is a motif under the shadow of whom the entire system driven by corrupt aristocracy proceeds with overbearing filthy ambitions.

Imagine the vicious power play of Ertugrul combined with the palace intrigues of House of Cards combined with the swift manoeuvres of Money Heist, and you get a feel of what has transpired — and continues to do so — inside the Red Zone. Heroes and villains? Often times it is hard to tell the difference. Fahd Husain is right when he tries to sense whispering in the wind through his piece: Red zone files. What’s not hard to tell is a sense of betrayal on all sides of Khan.

Get rid of JKT or the entire system?

Now, what’s up? Since its inception in 1996, the PTI was honed with Khan’s idealistic ambitions. Galloping along the zigzag of failures, Khan never lost heart and finally landed into October 2011—a turning point when PTI was seriously taken as a third option amidst the redundant flip-flop of the PPP-PML-N.

Just before July 2018 when ride on jeep became the lure for many electables; JKT let Khan know the lessons of pragmatism. It was a switch from Khan’s idealism to JKT’s realism that begot science of electable. But now in 2020, Khan realizes that JKT’s realism is going nowhere. Khan has long been fantasized by all and sundry for his idealism. But without idealism, Khan is none but a hijacked entity in the hands of Mafia. That’s why he blames Mafia for all his failures.

The winds of change are knocking at Khan’s door. He is at the helm of affairs struck with two stark choices. Either he has to get rid of JKT and to get out of government, or get rid of the system nourishing mafias buttressed with JKT’s science of electable.

Read more: Who is behind Anti-Jahangir Khan Tareen lobby in PTI?