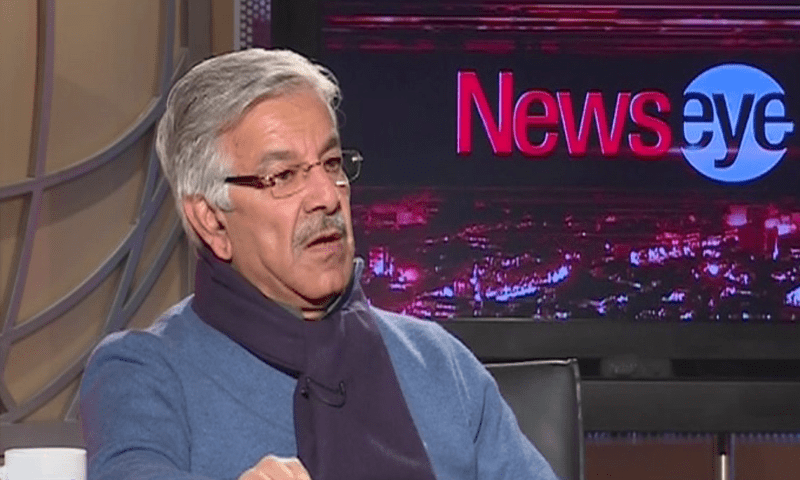 Foreign Minister, Khawaja Asif has made a somewhat startling revelation regarding the gory terrorist attack on the Army Public School, Peshawar on 16th December 2014. While talking to the Asia Society, in New York, the 67-year old said that Pakistan was offered to exchange the Indian spy Kulbushan Jadhav with an APS attacker.

“The Afghan National Security Adviser told me we can exchange him for the terrorist you have, which is Kulbhushan Jadhav”, said Asif, giving much more credence to Pakistani claims regarding the Indo-Afghan nexus against Pakistan.

Indian forces have trained their Afghan counterparts and given that militants operate with impunity against Pakistan, chatter about Indian involvement is based on solid grounds

Kulbushan Jadhav after being caught in the act confessed of being behind terrorist activities inside Pakistan for which he has been given a death sentence. Pakistan has long taken exceptions to Indian activities inside Afghanistan, especially the nefarious nexus between R&AW and the NDS.

Read more: Jadhav makes clemency appeal to the COAS: What will be his…

Asif said: “The Afghan government has admitted that Tehreek-e-Taliban Pakistan has safe havens on Afghan soil and operates from there. The terrorist who killed children in APS in Peshawar is in Afghan custody.”

The APS attack took place as a response to the highly-successful military operation “Zarb-e-Azb”; the attack was planned and perpetrated from Afghanistan because the militants had been denied of their center of gravity in North Waziristan.

Whatever economic development India has achieved in Afghanistan, it is on our border. India has several consulates on our border and most of the investments they are doing are in the Pashtun area, along with our border

“Whatever economic development India has achieved in Afghanistan, it is on our border. India has several consulates on our border and most of the investments they are doing are in the Pashtun area, along with our border,” said Asif who was recently appointed as foreign minister.

This is the prime reason as to why Pakistan detests Indian role in Afghanistan as it feels that Pakistan will have two parallel security threats: one on the eastern border from the Indian Army and the other on the western flank from an Indian-influenced Afghanistan. Pakistan has also warned the US against giving India a role in Afghanistan.

Read more: The battle at Hague: Is India trapped in its self-woven net?

The US has asserted that strengthening strategic and defense ties with India is imperative for its security interests in the region.

The fact that Indian sponsored terrorists operate in Pakistan while having sanctuaries in Afghanistan indicate that Pakistan’s apprehensions about Indian involvement in subversive activities on its territory are based on solid grounds. The links were also corroborated by the revelations of the EX-TTP spokesperson, Ehsanullah Ehsan.

Read more: Kulbhushan case very much alive: Pakistan vows to fightback at the…

Recently, an article was published in an Indian paper in which the analyst argued, it was very important that India continues supporting the TTP, as part of an Indian sub-conventional war inside Pakistan. As PM Shahid Khaqan Abbasi also mentioned in the UNGA this year, India has a long history of supporting all kinds of movements to create instability in Pakistan and detract its attention from the atrocities being committed in Kashmir.

Previous article92 % Kurds vote for independence in referendum: How will the regional countries react to this?
Next articleWatch Trump forget that Melania is standing next to him

18 September 2021
Previous article92 % Kurds vote for independence in referendum: How will the regional countries react to this?
Next articleWatch Trump forget that Melania is standing next to him