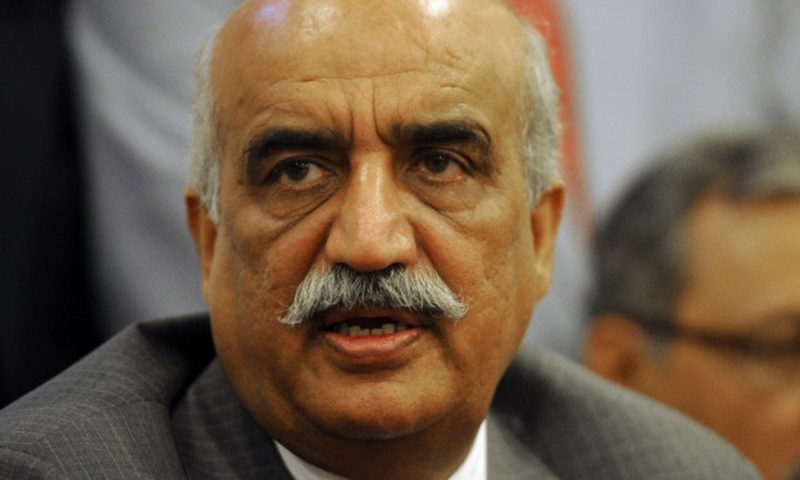 Khursheed Ahmed Shah, the leader of the opposition in the National Assembly, lashed out on the federal government for its policies, which, he said, are “weakening the federation” on Wednesday.

He said, “The prime minister says he learned a lot from his exile, but he seems to have learned nothing.”

Mr. Shah, while using the ethnic card, often used by the PPP said Sindhis are being treated unjustly though they played a significant role in the creation of Pakistan.

“The federal government is not willing to promote the people of Sindh and Balochistan,” he alleged. Further saying, “How can you run the federation [with such policies]?”

Khursheed Shah claimed, while the government is spending billions of rupees in Lahore for development the province of Sindh, Khyber Pakhtunkhwa and Balochistan continue to face electricity load-shedding and said, “meanwhile, our people are sleeping on the roads.”

“Only an economy which provides meals and livelihoods to the people is acceptable to us.”

While bashing the behavior and conduct of the ruling government, the opposition leader also slated the government for its economic policies.

Shah said, “The government claims that the economy has strengthened, but the people have been starving,” and that “petroleum prices have fallen, but their impact has not been passed to the common people.”

Highlighting the issue of Panama Papers case the opposition leader said the public wants to know the results of the case. With growing restlessness among the general population it is a challenge for the judges to deliver a solid ruling.

“The entire country is waiting for a decision on the Panama case,” Shah said.

As the prime minister was absent from the assembly, Mr. Shah asked, “Why are you sick of the Parliament?”

“The Parliament has only been a stepping stone for you,” accusing Nawaz Sharif. He further asked, why the lawmakers should come to attend the Parliament session while the prime minister and his cabinet avoid visiting the house. Later, he walked out of the parliament in protest against the federal government.

Shah Mehmood Qureshi: Opposition must unite with the Government