Kill depression before it kills you! – Maleeha Hashmi 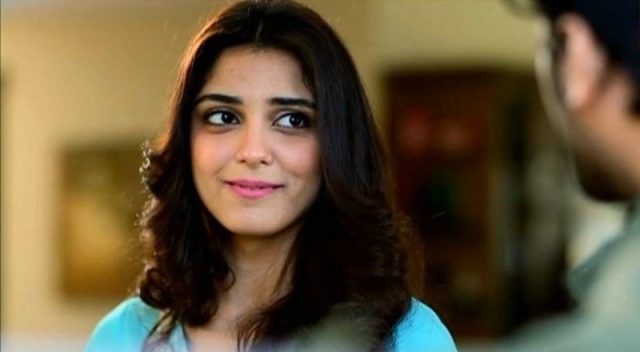 Yesterday I saw my Facebook Newsfeed flooded with the condolence status updates by many of my friends over the tragic news of a female model, apparently a new entrant in the fashion industry’s sad demise at such a young age – an age when one only starts learning about life and ponders over the purpose of one’s existence. Her profile suggested that she had only returned to Pakistan from abroad after completing her degree in Fashion Designing, two months ago.

Upon sifting through the details, I was shocked to know that it was a suicide. As per the Police, her body was found hanging from a ceiling fan in her house and her body had been sent to a local hospital for a post-mortem. I might just have moved on to the next update on my timeline, like most of us do, having come across any such news that shakes our spirits as an attempt to escape the pain but for some reason, I was intrigued to know as to what triggered this unfortunate end of her two-decade prolonged life so miserably.

The only way we can maintain our psychological health is by getting in the habit of breaking the silence and speaking about the things that matter the most to us. Most of the people just wouldn’t know what is cooking in your head unless you reveal it to them.

I went through her Facebook profile and there it was. It took me minutes to dig out as to what it took her to end her life. Guess what it was! It was bullying, rejection and her inability to endure it all. One of her latest posts revealed her talking against bullying and how it affects people in the worst possible manner. For a moment there, I felt like we were all collectively responsible for her suicide (as per the police reports), and not just hers, everyone who had fallen prey to this unfortunate way of passing on to the next world.

More often than not, we lead our lives saying “If only”. It helps us dwell into the sea of possibilities that could have been made use of, so as to have better consequences. I couldn’t resist thinking that “If only, she could have mustered the courage to speak up about whatever and whoever was bothering her, she would have been with us, happily leading her life”. One phone call was all that it would have taken to save her life.

Read more: Recent study unveils another causative of depression and opens doors for…

I’ve lost count of the people I’ve heard of, who ended up being the unfortunate victims of suicide. There are numerous people, who, in a moment of severe helplessness accompanied with the feeling of desperation and worthlessness give up on their lives every single day and all we end up doing is extend our condolences to their respective families, shed a few tears of heartfelt sorrow and move on with our lives.

About time we all stopped right here, right now, and reflect on this tragic phenomenon and honestly retrospect and evaluate ourselves if our words have ever been guilty of pushing someone to the point where they preferred calling on the angels of death, to being with us.

Depression is real. It’s as real as anything. Words can make or break situations, plans and most importantly, “people”. Psychological well being is as pivotal as physical fitness. The only way we can maintain our psychological health is by getting in the habit of breaking the silence and speaking about the things that matter the most to us. Most of the people just wouldn’t know what is cooking in your head unless you reveal it to them.

The biggest antidote to depression lies in never thinking even for a split second that we are alone. The one who created us is well aware of our struggles and exactly knows what lies ahead of us.

Holding self created assumptions, feeding grudges , over-analyzing trivial issues, holding unreasonably high expectations from others no matter how close they are to you, bottling up your feelings, especially the negative ones, and being unappreciative of all the good that others make an effort to do to you, are the perfect recipes for self-destruction.

Life is a beautiful gift with a sound purpose and it really is too short to be wasted fostering negativity. It is not as complicated as we make it by unnecessarily pondering over the imaginary scenarios in our heads that revolve around all possible ways of you being discredited by people for your weaknesses (that only you are aware of most of the times), which may just never happen in reality.

Your perception is your reality. The ideas that hold lion’s share in your head, will eventually translate into reality. Positivity breeds positivity. How you make others feel about themselves speaks volumes about how you perceive yourself. Your vibes knit your aura. Your one comment on someone’s personality or their life choices can have the potential to stay with them for a lifetime.

Keeping good intentions and extending your support to others and you’ll find the much richer magnitude of support rolling back towards you in the hour of need. That’s the rule of nature. What you sow, is what you inevitably have to reap. Never even waste a fraction of a second worrying about how others perceive, as they rightly say in Urdu, “Log kya sochen ge. Agar yeh bhi aap sochen ge tou log kya sochen ge”.

The charm of humanity lies in celebrating the shared values and gracefully respecting the differences. Imagine the number of lives we can save “if only” we live and let live.

The biggest antidote to depression lies in never thinking even for a split second that we are alone. The one who created us is well aware of our struggles and exactly knows what lies ahead of us. If you’re going through testing times, have faith in Him and rest assured that the magnitude of the blessing that is about to reach is also beyond your imagination. He claims to love you SEVENTY TIMES more than your mother. His claims also turn out to be true.

Let’s vow to be selflessly good to others without holding any expectations of reciprocity and let’s try and inculcate a more empathetic environment where people “actually” like the posts on social media when click the “like” button, where people are not oblivious of their surroundings and they actually are as happy with their lives as their social media accounts suggest, where actually experiencing happiness carries more weight than letting the whole world know that our lives are perfect.

Read more: Is your job making you depressed?

The “pressure” of being perfectly happy and successful in every possible way has literally deprived our society of true human spirit. Perfect life seeks the ability to come to terms with making the most of yours and others’ strengths and accepting others’ flaws as generously as we do ours. We never know how much of an impact our words and actions tend to make on others’ lives. Just because someone’s life choices are hard for us to comprehend, does not mean that we have been authorized to bully them especially if they are a weak target. The charm of humanity lies in celebrating the shared values and gracefully respecting the differences. Imagine the number of lives we can save “if only” we live and let live.

Maleeha Hashmi is a Management Consultant with Telecom Industry with focus on Human Resource Development. The views expressed in this article are author’s own and do not necessarily reflect the editorial policy of Global Village Space.

Previous articleDigitalization; a need of the hour with massive challenges
Next articleMonitoring cholesterol since childhood to avoid health issues at an older age

31 July 2021
Previous articleDigitalization; a need of the hour with massive challenges
Next articleMonitoring cholesterol since childhood to avoid health issues at an older age

Is It Time To Seek Counseling?

Inappropriate depiction of women in media

Only in Saudi: Jihadists go to ‘5-star’ rehab centre