KPK shines and so does Pakistan: Billion Tree Tsunami Project 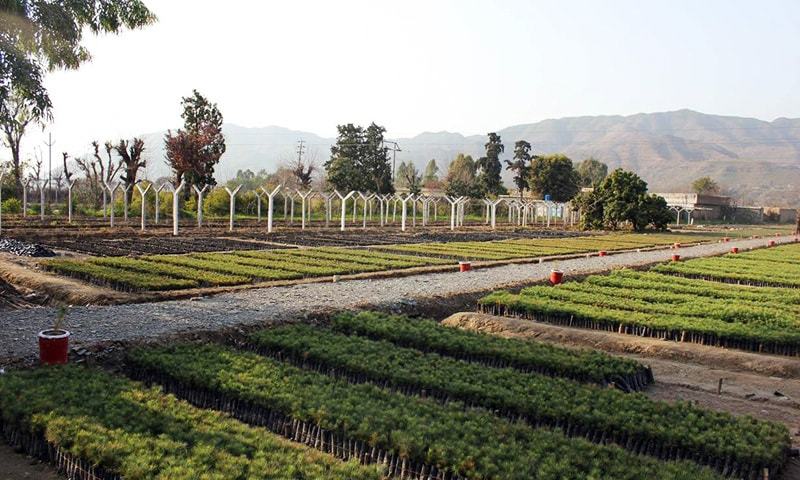 Pakistan’s startling projection in the world rankings as the 7th most sensitive country to be adversely affected by the global warming has multiplied the significance of visionary project of Billion Tree Tsunami.

While the climatic changes have already caused the economy to suffer the losses of $3.823 billion in the last two decades. The astounding stiff response and lacklustre endeavours of other provincial governments has increased the severity of climatic degradation.

KPK government realizing the importance of environment protection launched the green project in Khyber Pakhtunkhwa as part of an international challenge by International Union Conservation Nature named as Bonn Challenge that calls for the global restoration of 150 million hectares of deforested and degraded lands by 2020, and 350 million hectares by 2030.

The Bonn Challenge website estimates an economic benefit of the reforestation effort at $121m for the province, in terms of carbon sequestration, better watershed improvement, and future sustainable wood supplies.

Apart from the Bonn Challenge, WWF-Pakistan has also been lending crucial support to uplift the project. The vigorous campaign ran all over the 25 districts of Province, stretching from Peshawar to Chitral in the Hindukush ranges.

Around 2.5 million trees of different species were planted under the project at the estimated cost of US $ 123 million and further US $100 million will be invested by 2020.

Provincial officials say the campaign has achieved its restoration target through a combination of protected natural regeneration, 60 percent, and planned afforestation, 40 percent.

Out of all the provinces, KPK accounts for a 40% of the total forested land in Pakistan. The rampant forest destruction and the resulting barren lands over a decade made the province the hub for the origination of massive floods each year.

Where Pakistan has one of the highest deforestation rate in Asia around 3%, statistics of World Bank claims that Pakistan’s has sharply slopped from 3% of the area covered by forests to 1.91% by 2015.

Pakistan can face acute droughts in the next 50 years if the glaciers situated in the three densely snow covered mountain ranges continue to melt at the present rate.

The extensive forestation will not only prevent floods but will also thwart the impact of global warming on the glaciers of Pakistan, which to date are the heavily relied upon sources of water for the population of 194.4 million.

Not only the local population has been allured by the speedy culmination of the project but the milestones achieved in the process rightly merits profound applause and recognition from international community. Apart from the reclamation of 350,000 hectres of land, 13000 nurseries were established for the project.

A project standing upon the principles of participatory development, wired the communities springing around the selected plantation lands to cluster their efforts collectively for revitalization of the deforested lands.

An estimated 500,000 green jobs have been created through the effort, some of which have gone to rural women and unemployed youth, he said. Such small nurseries can earn incomes of around Rs12-15,000 a month, a sizeable income for rural villagers.

Billion Tree Tsunami project provided the women a comprehensive opportunity on their door steps to become the founding labor needed for the project. Thousand of women at home were employed to prepare saplings and seeds for plantation, which were then bought by the KPK government.

This not only has brought decent employment opportunities for the socially marginalised groups but a large manpower of around 1900 young people were trained in various skills under the Natural Conservation management.

Despite being marred by terrorist attacks, KPK has successfully achieved a milestone which will benefit the current and future generations.

While deforestation and global warming are more of a national issue, other provinces like Punjab, in particular, and Sindh can follow the precedence set by KPK to tackle the global warming impacts on their provinces.

This should be particularly of prime importance to Sindh since the dreadful rate of unsuppressed poverty by 80% in Tharparkar region and the persistent heat waves striking Karachi give rise to need of initiating comprehensive environmental protection policies.

Though Punjab too has been aiming to secure 99,000 acres of land to forests, the provincial government is more bending towards the commercialization of project, encouraging private enterprises to invest in the forest restoration projects.