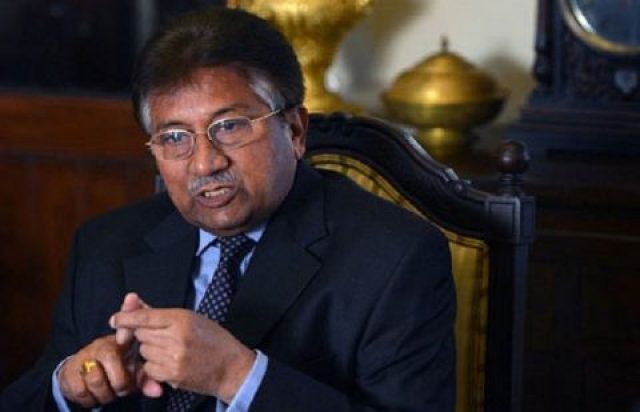 Islamabad – Pakistan Foreign Office informed journalists, on Saturday (23 Dec), that as of now, Indian government has not confirmed any arrival schedule of Kulbhashan’s mother or wife to Islamabad.

Earlier Pakistan has issued visas to RAW Officer’s mother and wife, on Wednesday, for a meeting in Islamabad on Monday, December 25. Indian media had reported that both will arrive via Wagha, border at Lahore. However, Pakistan foreign Office told journalists that this could not be true since visas had been issued only for entry through Islamabad.

Kulbhashan was arrested by Pakistani intelligence in March 2016, in Baluchistan, while he had crossed border to meet Baluch insurgents.

Kulbhashan was arrested by Pakistani intelligence in March 2016, in Baluchistan, while he had crossed border to meet Baluch insurgents. He carried an Indian Passport under the cover name of Habib Mubarak Patel. Subsequent investigations revealed that he was heading a team of intelligence and covert operations from the Iranian port of Chahbahar and had directly supervised several acts of sabotage by Baluch insurgents – including attacks on the Shia pilgrims going to Iran. His expertise lay in naval operations and one of his main tasks was to help Baluch insurgents take position along the coastal areas – from where they could be provided help via the sea. He reported directly to the Joint Secretary RAW in Delhi.

Kulbhashan was awarded death penalty by a Pakistani Field General Court Marshal (FGCM) in April of 2017, Indian government went to International Court of Justice (ICJ) which conducted preliminary hearings without determining the question of jurisdiction and merit; however advised not to implement death penalty.

Pakistani foreign office had first given right of visit to Kulbhashan’s wife, then on the request of Indian government his mother was added. Indian government insisted that an Islamabad based Indian diplomat be present, and travel with family; Pakistan foreign office has accepted with the condition that diplomat will not be allowed in the final meeting with Kulbhashan. Islamabad has also granted the family the right to talk to Pakistani and international media (including Indian media) after the meeting – subject to the permission of Indian government. After making so many concessions on the issue, Pakistan Foreign Office is surprised that visit has not been confirmed till the evening of December 23. Unless its confirmed by tonight, meeting on December 25, will be difficult.

News Desk - 21 June 2021
|Noaman Abdul Majid Foreign Direct Investment (FDI) is one of the key drivers of economic growth in developing economies as it brings much-required financial and...

Scotland Wants out of UK into Europe