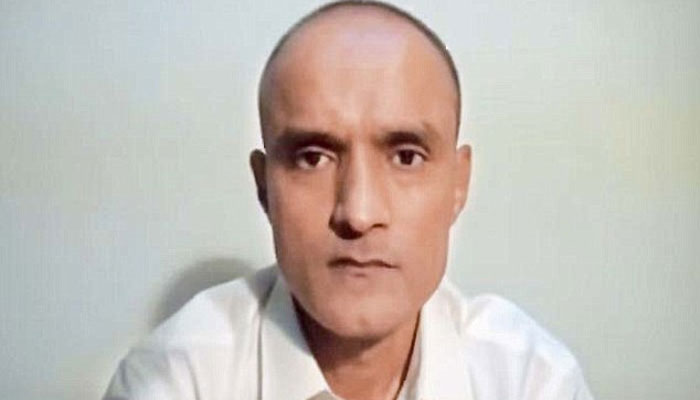 The case of Kulbushan Jadhav is becoming an important crisis in the long-standing Indo-Pak conflict. While addressing the media after attending a passing out parade of the Frontier Corps (FC) in Warsak, Khyber-Pakhtunkhwa, interior minister Chaudhry Nisar reiterated the stance of dealing the case of Jadhav in accordance with the laws of the land. He added that Jadhav’s arrest helped avert several incidents of terrorism in the country.

Meanwhile, according to The Nation, Pakistan is all set to fight it out at The Hague with new zest and zeal. A new legal team would be hired to prove that Jadhav is a terrorist who is involved in killing innocent people. An official said that Pakistan has all the evidence to give credence to the assertion.

Read more: ICJ has not taken a position against Pakistan on Yadhav: Yet!

“The case against him is crystal clear. We will make sure he gets what he deserves. We will fight till the end.”
– Chaudhry Nisar

Foreign Office spokesperson Nafees Zakaria said that Pakistan had submitted its reply to the ICJ under Article 36 of the United Nations Charter.

“In some issues, Pakistan does recognize the jurisdiction of the ICJ. Jhadav’s case is related to Pakistan’s security. India is just twisting the facts and trying to give this case a humanitarian angle,” he said.

Islamabad has shown a definite resolve of taking New Delhi head-on in a matter it thinks is one that is related to its vital interest: security. The triumphant India is now at loggerheads with a resilient Pakistan.

Delhi plans to push for the annulment of the execution as it thinks that the mere provision of consular access may be of no use if Pakistan goes ahead with the execution.

The resilience was expressed by other high-ranking Pakistani officials. “Our lawyer did well in the case. We will now send a new team to present Pakistan’s stance vigorously in the case,” said Sartaj Aziz. He claimed that the ICJ order had not changed the status of the Jadhav case as it had only directed to maintain the status quo on the issue. The defense minister Khawaja Asif asserted that Pakistan would not compromise on the case as it is a national security matter.

The International Court of Justice (ICJ) had earlier stayed the execution of Jadhav until a final decision is reached. “Pakistan should take measures to ensure that Jadhav is not executed until ICJ’s verdict,” said President Ronny Abraham while announcing the decision.

Delhi plans to push for the annulment of the execution as it thinks that the mere provision of consular access may be of no use if Pakistan goes ahead with the execution.
India’s fight for Jadhav rested on the argument of ‘restitution’ which basically meant that the verdict of the Pakistani military court which found Jadhav guilty needed to be ‘annulled’ and the trial started afresh, Harish Salve told Times Now. The senior lawyer added that India’s plea in the ICJ had sought annulment of the Pakistani military court’s order.

Does Pakistan have an upper hand?

The decision of the ICJ was a temporary relief to India. The case is now open to international scrutiny, something which India had been resisting since the Simla Accords. Pakistan has a chance to make its oft-circumvented narrative reach an international forum. A well-prepared case can help Pakistan prove that India is indeed involved in a nefarious sub-conventional war inside Pakistan.It is noteworthy that Delhi argues to the contrary and due to a robust lobby, its arguments attract international traction.

One that the ICJ has neither exonerated Jadhav nor has given consular access. It is little for Delhi to celebrate.

Many believe that this has theoretically opened up the Indo-Pak conflict to third party intervention. ”Pakistan must be very happy that we went to the ICJ over a single individual’s fate, as now they can raise all kinds of issues, particularly Kashmir, in international fora, to which we had always objected till now, By going to the ICJ we may have opened up a Pandora’s box,” wrote Markandey Katju, a former judge of India’s Supreme Court.

One that the ICJ has neither exonerated Jadhav nor has given consular access. It is little for Delhi to celebrate. Moreover, it is noteworthy to mention that Pakistan eked-out something which it wanted: multilateralism in conflict resolution.

Previous articleAttorney General dismisses claims of government’s malicious intent
Next articleAir Force One lands in Riyadh: Trump’s distraction from the controversies at home

Is change in the air? One PTI loyalist’s take on last night’s Jalsa