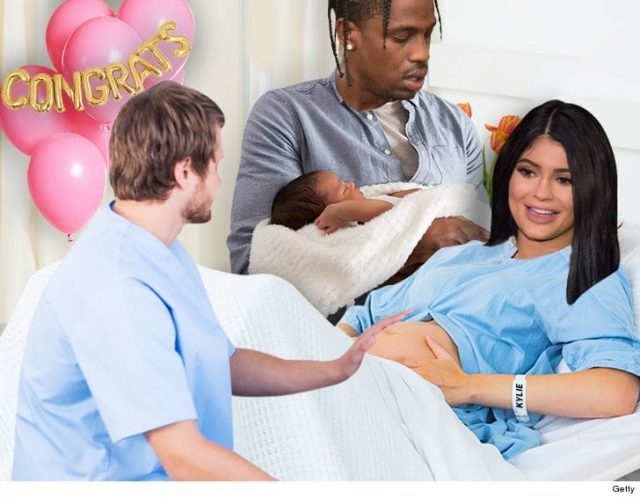 It wasn’t exactly the best kept secret but Kylie Jenner still managed to break the internet on Sunday when she finally confirmed she had given birth to a baby girl with her beau, rapper Travis Scott.

The announcement had been predicted for weeks in the celebrity pages partly because the 20-year-old reality TV star had embarked on such a prolonged and uncharacteristic media blackout for a member of the wildly popular Kardashian clan.

In her post Jenner said she and Scott had yet to name the baby girl who was born in Los Angeles.

“My pregnancy was one I chose not to do in front of the world,” she wrote in a post on Instagram announcing her daughter’s birth, which quickly racked up 8.3 million likes.

“I knew my baby would feel every stress and every emotion. So I chose to do it this way for my little life, and our happiness,” she added.

Read more : What it’s really like to be a woman in Hollywood

The announcement was followed up with a carefully choreographed social media blitz typical of a family who have turned the broadcasting of their lives — and the endorsing of products — into a hugely lucrative industry.

Jenner published an 11-minute video on YouTube documenting her pregnancy, complete with tearful ultrasounds, plenty of pregnant selfies and cameos from her Kardashian sisters, that notched up more than 17 million views within the first 12 hours.

My pregnancy was one I chose not to do in front of the world.

The current leader is a post from November by footballer Cristiano Ronaldo announcing the birth of his fourth child which has 11.3 million likes.

Entries by pop superstar Beyonce and Jenner’s half-sister Khloe Kardashian announcing births or pregnancies are also all in the top ten list of the website’s most liked posts.

In her post Jenner said she and Scott had yet to name the baby girl who was born in Los Angeles on February 1.

What are the reasons behind growing trend of anti-CPEC coverage in Pakistan?

Twitter suspends over a million accounts for ‘promotion of terrorism’