Chinese and Indian soldiers were injured in a skirmish at the high-altitude Ladakh border, starting with a heated argument and ending with a fist-fight and stone-throwing. This is not the first time the troops of the two countries have faced off, as tensions between them continue to rise. 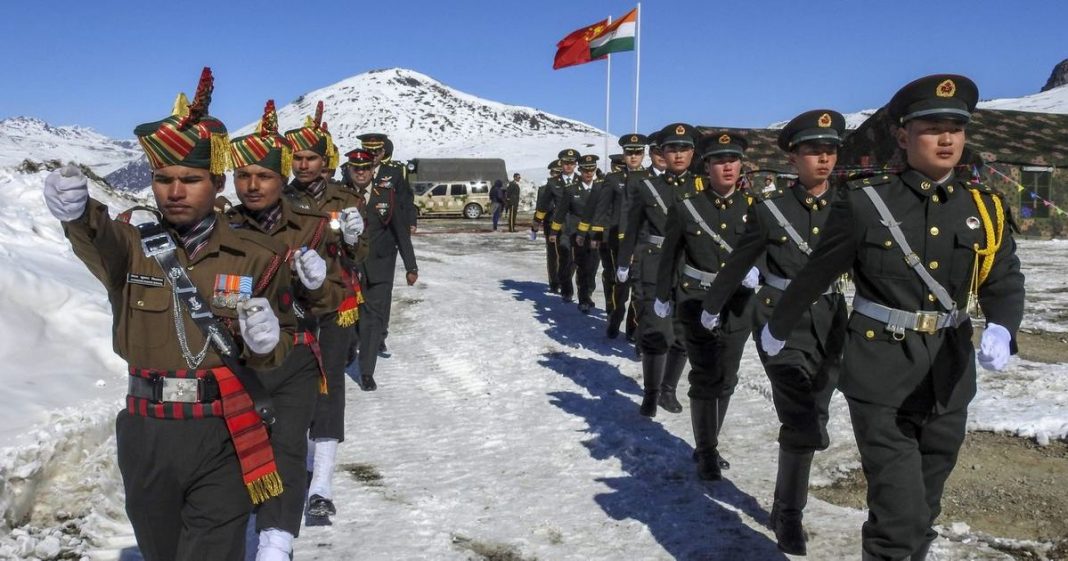 Several Indian and Chinese soldiers were injured in a high-altitude cross-border clash involving fistfights and stone-throwing at a remote but strategically important mountain pass at Ladakh near Tibet, the Indian Army said Sunday.

There have been long-running border tensions between the nuclear-armed neighbours, with a bitter war fought over India’s northeastern-most state of Arunachal Pradesh in 1962.

“Aggressive behaviour by the two sides resulted in minor injuries to troops. It was stone-throwing and arguments that ended in a fistfight,” Indian Army Eastern Command spokesman Mandeep Hooda told AFP.

Some 150 soldiers were involved in the face-off, the Press Trust of India reported.

The “stand-off” on Saturday at Naku La sector near the 15,000-feet (4,572-metre) Nathu La crossing in the northeastern state of Sikkim — which borders Bhutan, Nepal and China — was later resolved after “dialogue and interaction” at a local level, Hooda said.

“Temporary and short duration face-offs between border-guarding troops do occur as boundaries are not resolved,” he added.

Scuffles at Ladakh: a common occurrence

More recently, an Indian patrol party of the Indo-Tibetan border police (ITBP) were detained and later released by Chinese forces after a scuffle broke out between the Indian and Chinese border troops in Ladakh last week.

India urged by ex-envoy to not escalate tension with China

While describing China as India’s “greatest strategic challenge”, he said New Delhi needed to retain its strategic autonomy rather than seeking an alliance with the US, which is withdrawing from the world and also there is uncertainty of how it will choose to deal with China. He said this makes a case for India to devise its ways.

Relations since the standoff over Doklam between the two Asian giants appeared to improve following talks between Chinese President Xi Jinping and Prime Minister Narendra Modi in Wuhan, China in 2018.

The two men also met last October in Chennai in southern India. This meeting aimed at mending relations after India irked China by its splitting of Jammu and Kashmir state into two in August. The decision would also make the area’s Ladakh region – part of which was claimed by Beijing – a separate Indian administrative territory.

Meanwhile, the Global Times has also advised India to not indulge in border scuffles with China at the behest of the United States.

“Under the current circumstance, India needs to be careful not to include the US factor in its handling of any problem in its relations with China, otherwise it will only complicate the issue. The same is true of the recent China-India border tension, and the offer of US mediation is unnecessary and the last thing both sides could use. China and India have the ability to resolve their problems, and there is no need for any third-party intervention”, said the Global Times.

“If in a new Cold War, India leans toward the US or becomes a US pawn attacking China, the economic and trade ties between the two Asian neighbors will suffer a devastating blow. And it would be too much for the Indian economy to take such a hit at the current stage”, warned the Global Times.

A historical perspective on India-China conflict at Ladakh

The Hindu reports that face-off and stand-off situations occur along the Line of Actual Control (LAC) in areas where India and China have overlapping claim lines. The LAC has never been demarcated.

Differing perceptions are particularly acute in around two dozen spots across the Western (Ladakh), Middle (Himachal Pradesh and Uttarakhand), Sikkim, and Eastern (Arunachal Pradesh) sectors of the India-China border. The boundary in the Sikkim sector is broadly agreed, but has not been delineated.

Face-offs occur when patrols encounter each other in the contested zones between overlapping claim lines. Protocols agreed to in 2005 and 2013 detail rules of engagement to prevent such incidents, but have not always been adhered to.