It’s a father’s unusual attempt to save daughter from the horror bombings and warplanes, as a Russian-backed Syrian regime begins a fresh strike. The video showed Selva laughed when she heard the sound of the bomb dropped. 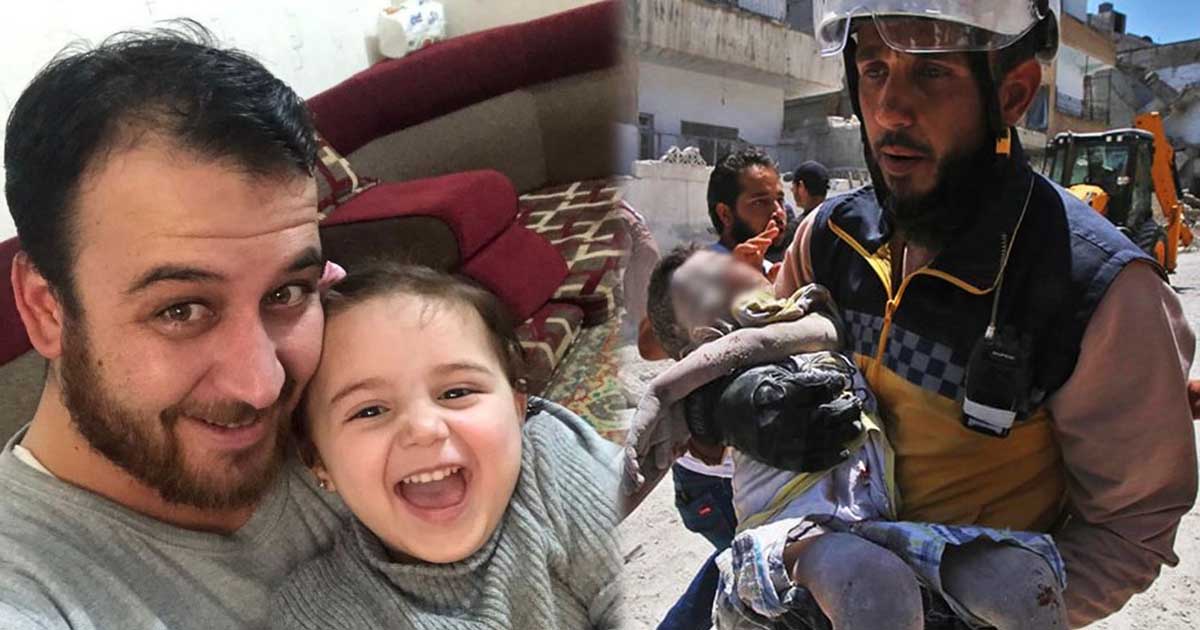 A Syrian father teaches her 4-year-old daughter to laugh when they hear bombing or warplanes in Idlib. It’s a father’s unusual attempt to save daughter from the horror bombings and warplanes, as a Russian-backed Syrian regime begins a fresh strike.

Jarring video of father Abdullah and Selva pinged across Twitter, garnered support and love from social media users as watchers regretted the ongoing military conflict, outrageously affecting Syrians. The video showed Selva laughed when she heard the sound of the bomb dropped.

Father, Abdullah, has made her daughter believe that it is game and the dropped bombs are from toy guns to keep her from getting scared.

A recently displaced Syrian father Abdullah in Idlib taught a game to his 4-year-old daughter Selva: You should laugh when you hear a warplane.

Now entire family laughs to maintain the pretense, to keep her sipirits high amid a war

A journalist shared the video on his Twitter account and wrote, “What a sad world. To distract 4-year old Selva, her father Abdullah has made up a game. Each time a bomb drops in Idlib #Syria, they laugh, so she doesn’t get scared”.

The family has been forced to flee their home in Saraqib- a city in the eastern countryside of Idlib- following the Syrian civil war.

Father, Al-Mohammad said he wants to save his daughter from the trauma other children of his community face. In an interview, to an international media outlet, he said, “She is a child who does not understand war.”

“I decided to teach Salwa this game to prevent her psychological state from collapsing. So as to not be affected by diseases relating to fear,” said Abdullah further.

Idlib- a city in northwestern Syria bordering with Turkey, is home to hundreds and thousands of Syrians and refugees who settled here after fleeing the heavy humanitarian crisis plaguing other parts of Syria amid a nine-year conflict.

Currently, Idlib is the last held stronghold of the opposition, is under the heavy onslaught from Russian-backed Bashir-al Assad regime.

Syrian father trapped in Idlib cheers up 4-year-old daughter by making a game out of the incessant sound of regime shellinghttps://t.co/j5cfF6R0SP pic.twitter.com/yABIY2is8b

Op-ed: A renewed global commitment towards protection of women

False flag attempt in Jammu and Kashmir by India