In a city that favors money and the appearance, she created an opportunity, scammed a ton from banks, hotels, and airlines. 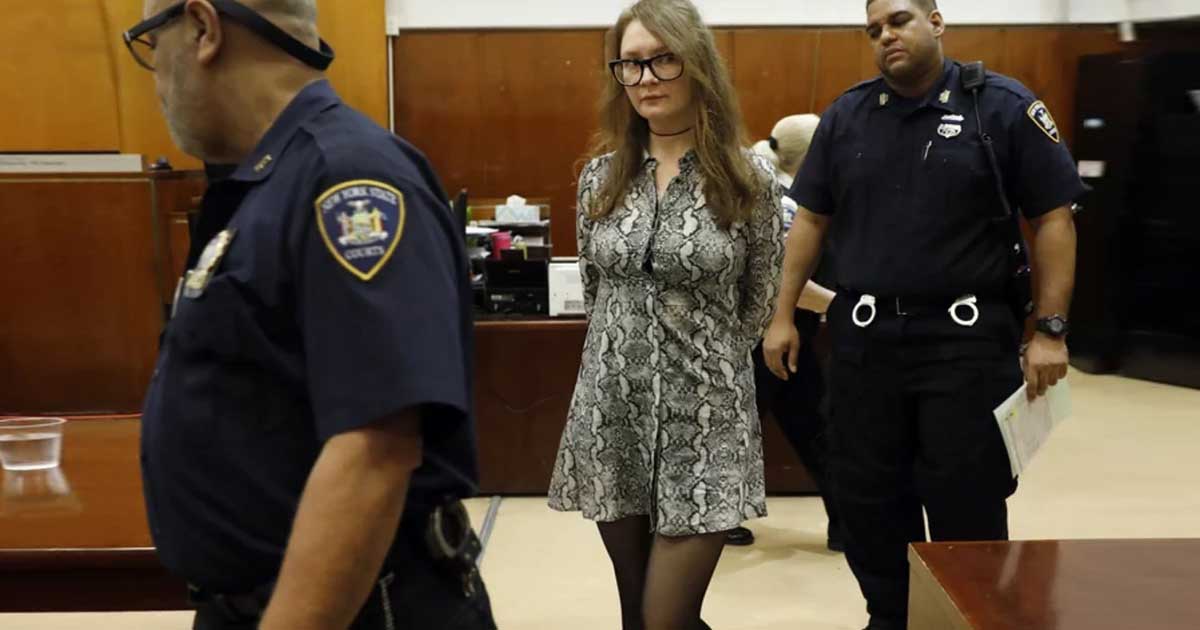 A German-Russian fraudster who tricked New York high society into believing she was a wealthy heiress and stealing more than $200,000 was jailed Thursday for up to 12 years.

Anna Sorokin, 28, a Russian truck driver’s daughter who had been living in Germany, reinvented herself as socialite Anna Delvey on arrival in the US in 2016, spinning an elaborate back story she hoped would help her swindle millions of dollars. She had been convicted of multiple counts of grand larceny as well as theft of services, having conned several banks into granting her loans of tens of thousands of dollars.

“Anna Sorokin committed real white-collar felonies over the course of her lengthy masquerade,” District Attorney Cyrus Vance said after her conviction. New York judge Diane Kiesel passed a sentence of four to 12 years and ordered Sorokin – wearing a somber but chic black dress and thick-framed glasses – to pay a fine of $24,000 and restitution of nearly $200,000. Her scams began soon after her arrival in the US, as which she insinuated herself into high-rolling New York social circles.

At trial, Sorokin’s attorney Todd Spodek likened her to Frank Sinatra, saying: “In a city that favors money and the appearance of money, they both created their own opportunities.”

From November 2016 to August 2017, she managed to travel free of charge on private jets and lived for months at luxury Manhattan hotels without paying the bill, according to New York prosecutors. In one incident, the court heard, she skipped out on an $11,000 tab at The Beekman hotel in Manhattan after a 16-night stay.

According to a first-hand account by a former Vanity Fair photo editor of Sorokin’s financial manipulation, the fake heiress put on an emotional outburst to avoid paying for a 2017 stay at the five-star Moroccan resort La Mamounia. She also reportedly fleeced aviation company Blade when she reneged on the bill for a $35,000 private jet flight to visit billionaire investor Warren Buffett in Omaha.

As she became more enmeshed in New York’s elite, Sorokin focused on an ambitious project to open an upscale nightclub that doubled as an art gallery. She tried to borrow $22 million in order to launch it after convincing a powerful promoter to provide a venue on the prestigious Park Avenue. But it all came crashing down for Sorokin when she was indicted in late October 2017 for stealing “approximately $275,000 through multiple scams.”

“This defendant’s alleged criminal conduct spans from check fraud to six-figure stolen loans and includes schemes that resulted in a free trip to Morocco and travel on private planes,” Vance said at the time.

At trial, Sorokin’s attorney Todd Spodek likened her to Frank Sinatra, saying: “In a city that favors money and the appearance of money, they both created their own opportunities.” “She was creating a business that she believed would work and she was buying time,” her attorney argued. But his appeal ultimately failed to sway jurors, who convicted her in April.

AFP - 23 September 2021
President Xi Jinping told the UN General Assembly on Tuesday that China will stop backing coal overseas. The development was welcomed by the US and the UK and they voiced hope that the world's largest emitter would also do more on climate change.

Trump advisor in Turkey for talks on Syria pullout