Lebanon: A new theater opens for Iran and Saudi Arabia? 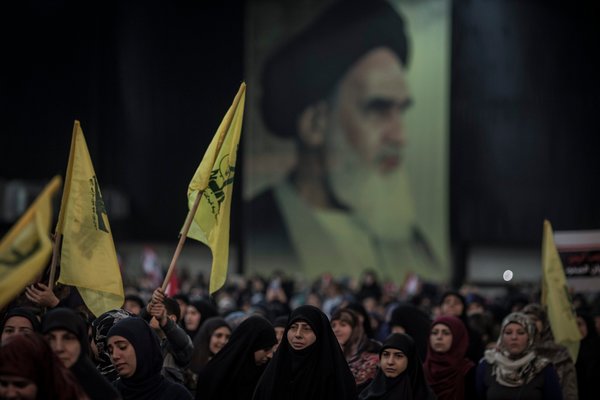 Amidst simmering crises in the Middle East, Lebanon finds itself in the thick of things as Saudi Arabia on Monday accused it of declaring war on the Kingdom through aggression by the Iran-backed Shiite group, Hezbollah.

This accusation comes days after Lebanese Prime Minister, Saad Hariri resigned while sitting in Saudi Arabia, citing the interference of Iran and Hezbollah as the reason.

The Arab country has thus been opened up as yet another territory of conflict between Iran and Saudi Arabia.Saudi Gulf affairs minister Thamer al-Sabhan said the Lebanese government would “be dealt with as one that is declaring war on Saudi Arabia” because of what he termed as aggression by Hezbollah. Sabhan blamed the Hariri-led government for failing to rein-in Hezbollah.

Saudi Arabia and the United Arab Emirates are now seeking ways to compensate for the loss of Syria.

He said: “There are those who will stop (Hezbollah) and make it return to the caves of South Lebanon. The Lebanese must all know these risks and work to fix matters before they reach the point of no return”.

The Iran-backed Hezbollah is both a military and political force, which according to many is more powerful than the Lebanese army. The group found its way into the Parliament and the Hariri-led coalition government formed last year. In accordance with the intricate Lebanese power-sharing deal, the president should be a Maronite Christian, the prime minister a Sunni and the parliament speaker a Shiite. Haunted by the memories of the civil war which lasted from 1975 to 1990, the Sunnis and Shiites(dominant) agreed to tread carefully.

Hariri formed a coalition government in 2016 that included Hezbollah too.However, pundits are certain that the glaring victory of the Hezbollah-Iran-Assad forces against Saudi-backed rebels in Syria has got to do with the sudden resignation of Hariri, that despite repudiation appears to be pushed by Riyadh. Here, it is noteworthy to mention that this comes at a time when, both Iran and the Kingdom have ramped up their fight in the Yemen conflict.

Hezbollah’s military prowess and kill-capability far exceed those of all rivals to include the Lebanese Army..

The complexion of war changed dramatically when Houthi rebels hurled a missile on the Saudi capital, Riyadh. Saudi Arabia has asserted that Iran provided the rebels with the missile.

Hariri appeared on Al Arabiya, a channel whose content is stamped by the Saudi government, and blamed Iran for meddling in Arab affairs. “Iran’s arms in the region will be cut off,” he said, adding his life was in danger. Hariri’s resignation has exposed Lebanon to drift toward internal squabbling. Many are of the opinion that Hariri was led by Saudi Arabia. Hariri, despite tiffs with Hezbollah, showed his pragmatism by supporting its ally, Michael Aoun in a bid to regain premiership in 2016. His sudden theatrics apparently were much against his characteristics.

Read more: The Middle East Spat intensifies as enmity increases between Iran and…

Talking to the author, senior Syrian-American journalist, Steven Sahiounie said that Hariri was forced to step down by the crown prince, Muhammad bin Salman. “If you see his body language, he hasn’t convinced himself. It has got a lot to do what is happening inside the Royal Family; Hariri is part of the family. His mother was the wife of late King Fahad and hence it is all about the infighting in the Kingdom,” said Steven.

Watchers are concerned that Hariri has dealt with the even otherwise outnumbered and dormant Sunnis in a rough manner. Hezbollah’s chief, Hasan Nasarullah however, was calm and said that he would not like to comment on a speech delivered by Saudi Arabia. It is expected that Hezbollah will find an acceptable replacement for Hariri because it can lead to domestic distractions; especially at a time when it feels that Syria and Iraq are bigger avenues of conflict. Steven asserted that Nasarullah’s speech was measured because he knows that the opponents want to stir up trouble in Lebanon.

Experts see the desire on part of Riyadh to bleed Iran in Lebanon as something untenable. Hezbollah’s military prowess and kill-capability far exceed those of all rivals to include the Lebanese Army, which rules physical confrontation.

However, the new turmoil has opened up Hezbollah to be attacked left, right, and center, albeit politically. Hariri could contest the upcoming Parliamentary election and pull the plug on Hezbollah but that would require him to come back to Beirut and hope that the tumultuous situation does not lead to a postponement of elections.

In accordance with the intricate Lebanese power-sharing deal, the president should be a Maronite Christian.

Bolstered by President Trump’s outspoken anti-Iran strategy, KSA may tread towards a conflict in Lebanon. Riyadh and Tel Aviv share their spite for Iran; a conflict, therefore, becomes all the more likely. Israel’s Prime Minister, Benjamin Netanyahu termed Hariri’s resignation as  “a wake-up call for the international community to act against Iranian aggression.”

Saudi Arabia has already lost a strong ally in Qatar. Qatar, while small, is an immense powerhouse due to its wealth and large oil reserves. Saudi Arabia is still dominant when it comes to oil supply but losing allies in a region like the Middle East will favor its enemy, Iran. Doha’s tilt towards Tehran has been a direct result of the blockade by Riyadh and its allies.

Hezbollah is both a military and political force, which according to many is more powerful than the Lebanese army.

Saudi Arabia, after losing Qatar may go on to lose Lebanon in the space of a few months. Perhaps after making these mistakes and severing ties with these countries, the Saudi government thinks it needs the US more than ever. It is imperative enough to mention that it was President Trump’s anti-Iran tirade in Riyadh which led to the Qatar crisis_ Trump took credit for it too.

However, two things need to be borne in mind. Iran is not only in an enviable position, it is certainly in no mood to succumb to the mounting US pressure. Trump’s continuous efforts to discredit the JCPOA are not backed by a robust tactical plan to withstand Iran’s response. Seemingly, the US, after reverses in Syria and Iraq is pulling away. Therefore, Saudi Arabia, which is now faced with brazen Houthi rebels can ill-afford to borrow courage to jump in Lebanon, that too when even the Sunnis are not willing to challenge Hezbollah in ways desired by Riyadh

Prominent geopolitical analyst, Adam Garrie, while talking to the author said that the Saudi surge on Lebanon may backfire. He said:”The political situation in Lebanon is indeed more fragile than it previously was because of the forced resignation of Saad Hariri.” He added that “the key lies in the statement of Hezbollah leader Nasrallah who urged calm and appealed to a sense of unity among all Lebanese.” Garrie said that if Lebanese factions continue to follow this mantra then “it will be Saudi Arabia that will be in the midst of a bigger political crisis than Lebanon.”

It is reasonable to expect that Lebanon will soon become a new theater in the fierce animosity between the two powerhouses of the Muslim sects: Iran and Saudi Arabia. Joseph Bahout, a visiting scholar in Carnegie’s Middle East Program aptly puts it: “Regionally, Saudi Arabia and the United Arab Emirates are now seeking ways to compensate for the loss of Syria as a place where they could defy and bleed Iran If ever they seek to rebalance the regional relationship with Tehran in the Levant, the only place to do so would be Lebanon, despite the many risks that would accompany such an effort.”

Tehran sits pretty; Riyadh has a lot of catching up to do!

Syed Ali Zia Jaffery is a Research Analyst and Sub Editor at Global Village Space.He frequently writes on defense and strategic affairs for various national and international platforms. The views expressed in this article are the author’s own and do not necessarily reflect Global Village Space’s editorial policy.

Previous articleTrump issues a warning to North Koreans standing on their doorstep
Next articleIndia appoints new interlocutor for Kashmir: Will it help?

22 September 2021
Previous articleTrump issues a warning to North Koreans standing on their doorstep
Next articleIndia appoints new interlocutor for Kashmir: Will it help?

What does banning Immigration say about the US?