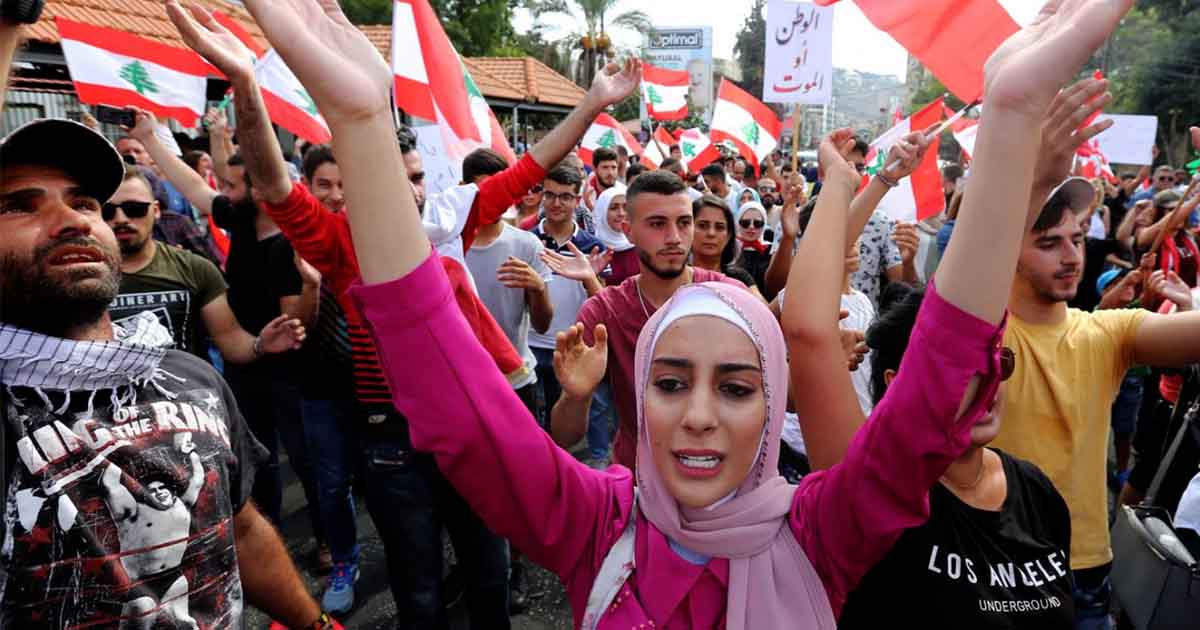 According to senior officials speaking on condition of anonymity and Lebanese press reports, key political players agreed that Mohammed Safadi should be tasked with forming the next government.

President Michel Aoun has said he will support the formation of a government including technocrats but has not yet announced consultations over a new line-up, and there was no official confirmation that Safadi had been designated.

Another protester said that as a business tycoon and former minister, Safadi epitomised the political class that the protest movement wants to remove.

Demonstrators in his hometown of Tripoli wasted no time in rejecting Safadi, however, and gathered on Friday in front of one of his properties to protest against a reported nomination they regard as a provocation.

“Choosing Mohammed Safadi for prime minister proves that the politicians who rule us are in a deep coma, as if they were on another planet,” said Jamal Badawi, 60. Another protester said that as a business tycoon and former minister, Safadi epitomised the political class that the protest movement wants to remove.

After weeks of protests against a corrupt, elderly elite, Lebanon's political factions have naturally decided to tap a 75yo billionaire with a history of dodgy business dealings as the new prime minister. https://t.co/KjAHnXmx4o— Gregg Carlstrom (@glcarlstrom) November 15, 2019

“He’s an integral part of this leadership’s fabric,” said Samer Anous, a university professor. “Safadi does not meet the aspirations of the popular uprising in Lebanon.” Demonstrators also rallied Friday night outside Safadi’s home in Beirut.

“Mohammed Safadi is corrupt and we are here to say that the revolutionaries are categorically opposed to see him at the head of the government,” said protester Ali Noureddin.

A protest was also planned at Zaytuna Bay, a luxury marina in central Beirut run by a company that Safadi chairs and that many say encroaches on public land.

Several dozen private hospitals across the country closed their doors to patients — except for emergencies — to protest shortages of essential goods following delays in payments by the state.

Last week, the head of the syndicate of private hospitals, Suleiman Haroun, said that medical “stocks in the country will not last more than a month”. A lack of access to the US currency meant the situation could deteriorate fast, he warned.

Banks, which have restricted access to dollars since the start of the protests, remained closed after employees went on strike over alleged mistreatment by customers, while many school and university classes were disrupted again.

For two decades the Lebanese pound has been pegged to the greenback at around 1,500 to the dollar, with both currencies used interchangeably in daily life. On Friday, S&P Global Ratings downgraded Lebanon’s sovereign debt, lowering its credit ratings to “CCC/C” from “B-/B” with a negative outlook.

With Lebanon’s minimum voting age set at 21, one of the world’s oldest, young people angry about Beirut’s distant political establishment and its mismanagement of the economy feel the only way they can voice their anger is to take to the streetshttps://t.co/Km3VNMlxPd pic.twitter.com/ulcCUYMGHd— Financial Times (@FinancialTimes) November 16, 2019

The army, meanwhile, said it had arrested 20 demonstrators on Friday after soldiers were targeted as they attempted to reopen roads closed by protesters.

Nine were later released, seven were held for questioning and four were transferred to the custody of military police, the army said without giving further details.

Are Covid-19 cases slowing down in Pakistan & the world?