Lessons to learn from Singapore 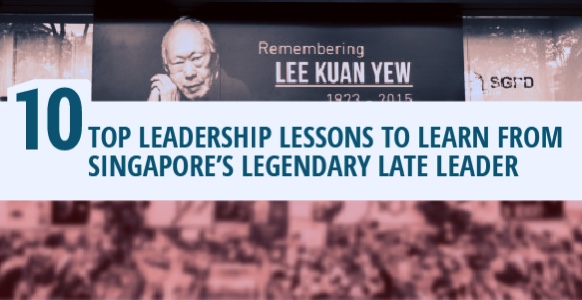 The month of August is significant as two nuclear-armed states celebrate their independence from British rule in 1947 and this year is being celebrated in a more enthusiastic manner as both turn seventy. But along with these two states, there is another state, Singapore, which got independence after eighteen years in August 1965.

“The exuberance of democracy leads to undisciplined and disorderly conditions which are inimical to development.”-Lee Kuan Yew

Singapore gained independence as the Republic of Singapore (remaining within the Commonwealth Nations) on 9 August 1965 with Lee Kuan Yew as the prime minister.

What differentiates some developed countries like Singapore, from underdeveloped countries like ours, is the quality of its leadership. Lee Kuan Yew towers over other Asian leaders on the international stage. PM Lee forged a three pronged strategy of; honesty, pragmatism and team building. The PM was very hard on corruption and the implementation of the honesty policy was above board and transparent.

“We are pragmatists. We don’t stick to any ideology. Does it work? Let’s try it, and if it does work, fine, let’s continue it. If it doesn’t work, toss it out, try another one. We are not enamored with any ideology.”- Lee Kuan Yew

The second strategy, pragmatism, involved the adoption of the world’s best technology, and with further improvements, they implemented it with additional cutting edge innovations hence the service became the world’s best service. Lee believed that instead of wasting time in reinventing the wheel, the best available technology should be transferred and research should start from that point onwards to make Singapore’s institutions best in the world.

“I’ve got one grandson gone to MIT. Another grandson had been in the American school here. Because he was dyslexic, and we then didn’t have the teachers to teach him how to overcome or cope with his dyslexia, so he was given exemption to go to the American school. He speaks like an American.”- Lee Kuan Yew

The third strategy was the team building of highly talented people, making them study in Harvard, Oxford, or Cambridge so that whenever the world’s developed countries ministers visit, they meet the local ministers, officers and the employees who had graduated from the best universities and colleges of the USA and European countries.

Effective use of resources

Using these three techniques, Lee developed Singapore from marshy lands to the world’s best airport, world’s best locomotive system, worlds safest city, one of the most ideal tourist destinations, the most operational smart city in the world, one of the biggest export capital’s, a virtually controlled port city, and a custom free economy with the highest per-capita income in Asia only lesser than China and Japan.

“I always tried to be correct, not politically correct.”- Lee Kuan Yew

The trains, which were brought from the United Kingdom, after their complete installment, were more effective and efficient than the United Kingdom. Diplomats like Tommy Koh were responsible for negotiating a deal with the USA for free trade when even Malaysia, China, UK and Europe were not given that status. Airport Changi was developed on the patterns imported by the United States. In fact, it is considered better than many international airports of the US. The police system was copied from Japanese and The United Kingdom resulting in a crime rate lower than Japan and Britain. The education system which was copied from world’s best universities resulted in the national university of Singapore to become the best in Asia and ranks 12th in the world. Lee Kuan Yew School of Public Policy was copied from Harvard Kennedy school and now LKY School ranks first in Asia and is in the top ten of the world.

The approach for success

The approach for employees in Singapore is The “Whole of Government Approach”. “The helicopter view” is the term used to measure this approach. The promotion of the officers is reflective of their performance through evaluation reports. The salaries of the public servants are higher than those working in the private sector. Lee Kuan Yew believed in the national interest of Singapore, rather those dictated by the IMF or the World Bank. The state owned enterprises are all making high profits and the public sector was never allowed to be privatized. After the death of Lee Kuan Yew, his son is the Prime Minister and still, the rate of progress stands.

Lee Kuan Yew, how to be a better leader

Last but not the least; what vividly set the sophisticated man, that is Lee Kuan Yew, apart from Asia’s other nation-builders is what he didn’t do: he did not become a compromising and corrupt political elite, and he did not stay in power for too long. Unlike Suharto, Marcos and Ne Win, who left their countries on the verge of ruin with no obvious successor, Lee Kuan Yew left Singapore with a per capita GDP of $14,000 (it’s now $22,000), his reputation gilt-edged and, an entire tier of second-generation leaders to take over.

Read more: The downhill slope in Pakistan’s industrial development: Who is to blame?

It is believed that the fate of the nation and its people are interwoven in the statecraft and the public policy acumen of their leaders. It is better to invest in future leaders than wasting in failed projects. Therefore, in this hour of need we Pakistani’s need to develop our human resource to become one of the most developed countries in the world. In the international arena, countries do not compete, rather it is the individuals, teams, and institutions that compete with oppositions. Let us make Pakistan’s Universities, and institutions like PIA, PAK Steel, and Pak Railways, Pak Police and others as the world’s best institutions by adopting the strategies used by Lee Kuan Yew, the ex Prime Minister of Singapore.

Will Denmark silence Muslims by banning Azaan by loudspeakers?