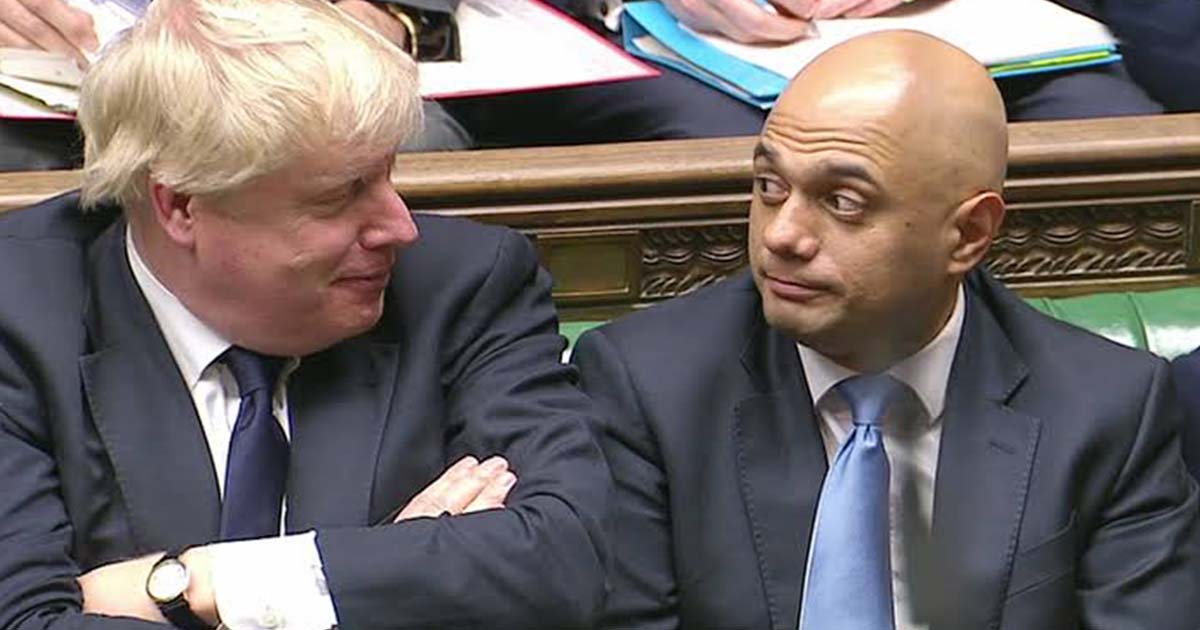 Boris Johnson’s insulting remarks do not seem to bother Britain’s Conservative Chancellor, Sajid Javid, who refused to condemn Prime Minister’s crass remarks of describing Muslim women wearing the burqa as ‘letterboxes’ and ‘bank robbers’. It was reported that Javed evaded the question seven times. He twirled his response every time he was asked in a coherent question if he would condemn the derogatory explanation.

"He's explained why he's used that language… to defend the rights of Muslim women to wear what they like."

Chancellor Sajid Javid is asked about Boris Johnson's use of the words "letter boxes" and "bank robbers" to describe women "who wear burqas". pic.twitter.com/0Rv234OYO6

Javid was questioned about his party’s stance on Johnson’s remarks against Muslim women when he appeared to speak at a campaign event in Bolton.

It is pertinent to mention that, Johnson had refused to apologize for his incisive remarks of Muslim women wearing burqa’s ‘looks like letterboxes’ and that it was ‘absolutely ridiculous’ if anyone would wear it, in a column published in Telegraph last year.

Javid was asked if he would use similar remarks to describe Muslim women, Javid replied that Prime Minister has elaborated why he used those phrases. According to Javid, his words were intended to protect the rights of women irrespective of religion. Adding that there is no place for religious hate in the party.

When asked the second time, if he would use the same terms, Javid responded:  “You talk about articles that the prime minister has written in the past. I think he’s explained that.”

The Chancellor Sajid Javid hits out over anti-semitism in @UKLabour – but tells @NinaWarhurst that Boris Johnson has nothing to apologise for over comments comparing Muslim women in burkhas to "letterboxes" pic.twitter.com/ghJEqXxg73

Before being asked the third time he was reminded that a 375% increase in the hate crime against Muslims was reported in the immediate week after the article of Boris Johnson.

He said: “All politicians will choose their own words when they’re explaining whatever is the point they’re trying to get across. He added that the must have been read in the entirety of its context and not be judged on few words only.

He asserted that Johnson had written the article for women empowerment-they must not be forced to wear burqa and must have the freedom to decide their clothing.

Javid incessantly twisted his answers and escaped giving a clear answer in the next four attempts.

Boris Johnson’s article laden with bigotry caused public outrage and calls were made for him to apologize. Muslims and non-Muslims had raised their concerns on the issue. They expressed fear that Johnson’s comments would incite hate crimes against Muslim women.

The Conservative Party has recognized the seriousness of the matter and has announced to probe him for his comments. Former British Prime Minister Theresa May had acknowledged the graveness of Johnson’s comments asserting that it ‘clearly caused offense’ and asked him to apologize. Boris Johnson has refused to apologize for his comments.