Israeli envoy accuses Iran of breaking UNSC resolutions by providing arms support to Libyan leader Khalifa Haftar. Meanwhile, the war in Libya rages on, with concerns that Libya will fragment further and further. 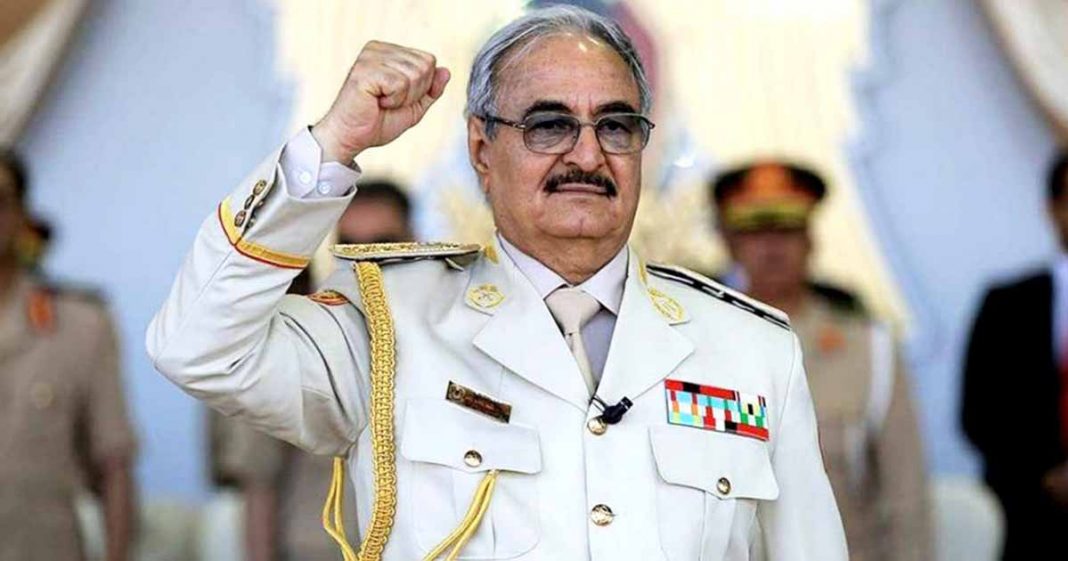 “In November 2019, imagery surfaced of four Iranian “Dehlaviyeh” anti-tank guided missile systems being employed by militias associated with General Haftar’s forces in Libya,” Danny Danon charged in a letter May 8 to the Security Council and Secretary-General Antonio Guterres.

“The presence of this advanced Iranian-manufactured system on Libyan soil is another grave violation of Security Council resolution 2231 (2015), as set forth in article 6 (b) of annex B, which prevents ‘the supply, sale, or transfer of arms or related materiel from Iran,’” he added.

Danon was referring to UN-imposed arms embargo on Libya.
The Dehlaviyeh, or RAAD, is an anti-tank wire-guided missile system manufactured in Iran capable of penetrating armored vehicles.

Danny Danon accused Iran contravening an arms embargo on Libya by sending anti-tank missiles to Haftar, in a letter to the Security Council and Secretary-General Antonio Guterres, Anadolu Agency revealed on Wednesday.

Who has stakes in Libya?

Two governments are vying for control of Libya. The Tripoli-based Government of National Accord (GNA), led by Prime Minister Fayez al-Sarraj, is recognized by the United Nations and backed by a host of militias. The rival administration in the country’s east is allied with warlord General Khalifa Haftar, who commands the so-called Libyan National Army (LNA).

Haftar, a onetime Gaddafi ally, presents himself as a bulwark against extremists, while opponents see in him a would-be dictator. The GNA, meanwhile, has struggled to assert its authority and is plagued by infighting. Both sides enjoy the support of foreign powers.

Oil-rich Libya has been in chaos since the Arab spring movement and Nato bombing campaign that toppled Gaddafi in 2011. Attempts to build a democratic state after Gaddafi fell disintegrated into a new civil war between rival governments in 2014.

Since 2014 the fighting has mainly been between rival centres of political power in east and west Libya: the Tripoli administration, known as the Government of National Accord (GNA), led by Sarraj, and the Tobruk administration, which decamped to the eastern city after disputed elections. The Tobruk government appointed Haftar to lead the Libyan National Army (LNA) and restore its sovereignty.

While the GNA is officially recognised by the UN as Libya’s legitimate government, and is backed by Turkey, it holds little power on the ground, and some distrust its politics. Haftar’s supporters say he is a bulwark against extremism, while others see him as another would-be military dictator.

Is Khalifa Haftar leading Libya to a grim future?

Libya will fragment further as strongman Khalifa Haftar loses support. Turkish military support for forces aligned with the UN-backed government in Tripoli delivered a potentially decisive blow to Haftar’s yearlong campaign to seize Libya’s capital on May 18. Haftar’s domestic coalition is weakening and his primary foreign backers (the UAE, Egypt, and Russia) must decide whether to prop up his failing campaign. A renewed campaign for Tripoli could likely bring violence on a scale that Libya has not yet seen as external players pour military resources into the conflict. But even if this case is averted, the freezing or ending of the Tripoli campaign is unlikely to stabilize the country. Anti-Haftar players around Tripoli will likely return to fighting each other in the absence of an external foe. In the east, Haftar’s military rule could disintegrate and yield a war-within-a-war.
Read more: Libya will fragment further as strongman loses support

All in all, Libya is the Middle East’s most important proxy conflict today.