IS looted and burned any libraries claiming books these institutions held to be un-Islamic. After a long time, these libraries have seen life and books are being returned to Central Library. Education loving people around Iraq sees it as a chance to rebuild their legacy. 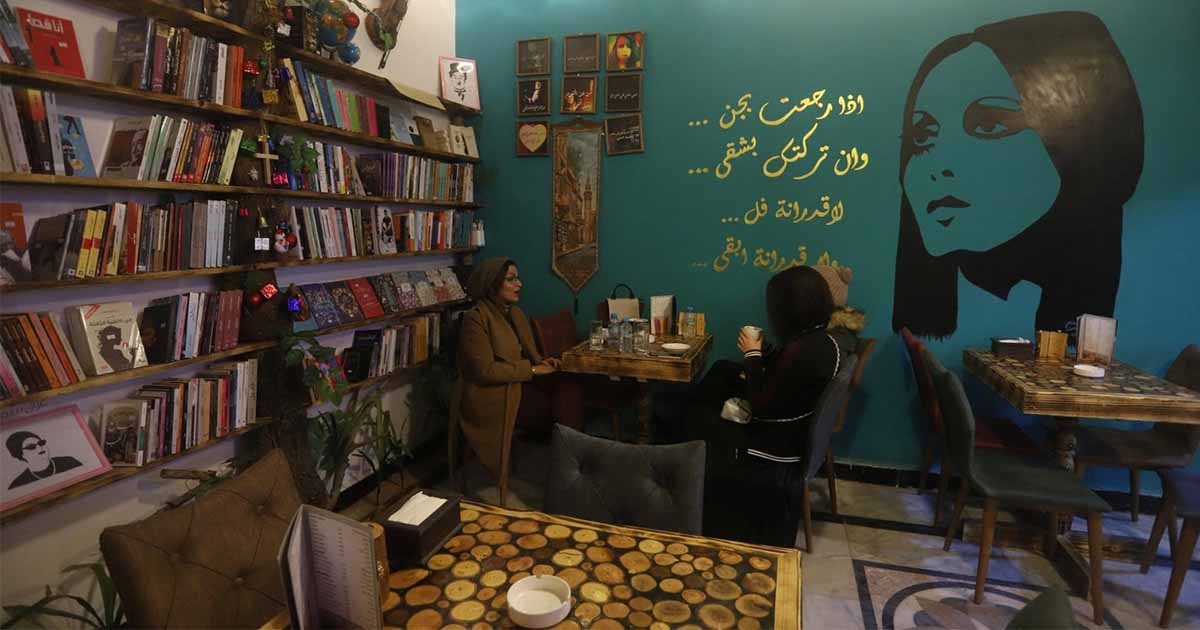 Watheq Mahmud is pursuing an advanced engineering degree but the textbooks he needs are often missing in his native Mosul, the Iraqi city where jihadists burned volumes and destroyed libraries.

To track down the books, he has had to travel 400 kilometers (250 miles) south to Baghdad, and even a further 600 kilometers to Basra. “Everything is reversed today. Mosul used to be the hub for students and researchers from all across Iraq and the Arab world,” said Mahmud, 33.

“But today, Mosul’s people are forced to leave their city in search of education, books, and resources,” he added. For centuries, Mosul was known for its artists and writers, for libraries brimming with books in multiple languages, and for housing Iraq’s first printing press.

But when the Islamic State group seized the city in 2014, it banned any texts deemed un-Islamic and burned treasured archives. And although Mosul has been back in government hands since 2017, its young academics see the barren bookshelves as part of IS’s dark legacy.

We had 16,338 books before the library was looted and ruined

“It’s extremely hard for a researcher to complete his dissertation because there are so few resources available,” Abdulhamid Mohammad, a 34-year-old pursuing a doctorate in history, told AFP.

Roa al-Hassan, who is studying food science, fears much of her city’s written riches will never be recovered. “Some books were never digitally available, and now they’ll be lost forever,” she lamented.

Libraries were looted and burned by IS

One of Mosul’s most prominent literary hubs was the Central Library, erected in 1921 in the eastern Faysaliyah quarter.

It housed books ranging from donated novels to rare volumes, fragile manuscripts, and old blueprints. The library even held books in the Syriac language, produced in the 19th century by Iraq’s first printing press, across the Tigris river in Mosul’s west.

Those gems were all destroyed in February 2015, when IS fighters looted the Central Library and systematically destroyed other collections, despite howls of protest locally.

Some experts say IS set aside precious manuscripts to sell on the black market, along with ancient artifacts retrieved from heritage sites it had destroyed.

Mosul’s people are forced to leave their city in search of education, books, and resources

The Iraqi government’s recapture of Mosul in 2017 facilitated support to restock the libraries, with donated volumes arriving from all over the world. “We had 16,338 books before the library was looted and ruined,” said Jamal Ahmad Hesso, the associate director of the Central Library.

The library has received 11,758 volumes but is still missing more than a quarter of its previous content, said Hesso. Mosul’s main religious archive once housed around 58,000 books. It now holds 48,000, according to its keeper, Shamel Lazem Tah.

“Among them were 4,361 rare and important manuscripts that were all stolen by Daesh (IS),” said Tah, 41. They included “al-Muhit al-Burhani,” a key text in Islamic jurisprudence that dated back 900 years.

‘What glories shone over Mosul University’

Mosul University, too, was ravaged by IS’s three-year rule over the city, said agriculture professor Mohammad Abdallah. “The university library lost more than a million scientific and academic books, including more than 3,500 valuable prints,” he told AFP.

“Manuscripts, periodicals more than 300 years old, copies of the Quran dating back to the 9th century — all of them were looted or burned,” Abdallah said. Around 90 to 95 percent of the library’s contents were lost.

Slowly but surely, the university is restocking: nearly 100,000 books were donated from other colleges and non-governmental agencies, both inside and outside Iraq. “The university is determined to rebuild its library so it can be what it once was – a rich resource of knowledge and academia,” Abdallah told AFP.

While most of the current stocks are donations, some volumes remain from Mosul’s original archives — survivors of IS. “More than 3,000 books were saved. We have also stored away the remnants of another 4,000 destroyed books,” said Mosul University librarian Omar Tufiq.

Abu Mohammad, 33, was one of the Mosul residents who contributed to the rescue effort. “I rescued more than 750 books; one of my friends and I,” he said.

He hid the literary treasures in the cellar of an abandoned home. “When the library was being burned, we carried them away in small bags, despite it being dangerous,” Mohammad.

People have jumped in on the project of rebuilding Mosul library and are excited to donate for such a great cause in the form of books and money.

'The central library still resembles a piece of charcoal,' but Mosul University is recovering after the trauma of war. Projects are increasing book donations, and #MosulBookBridge has been set up, giving hope that the library will be restored. https://t.co/HXWxb3VRnP— The Folio Society (@foliosociety) December 5, 2018

The International Campaign To Rebuild And Restock The Mosul University Library:

With well over half a million books in Arabic and more than one million antique maps, documents, and other materials (including a 9th-century Quran), the library was one of… https://t.co/mYTCKMjl2O— ArtsJournal (@ArtsJournalNews) March 15, 2019