Greta Gerwig's Adaptation of a classic novel proves to be one of the greatest adaptations of classic literature for the big screen. With an ensemble cast featuring Saoirse Ronan, Timothee Chalamet, Florence Pugh and Meryl Streep, this six-time Oscar nominee is a masterclass in film making and acting.

In the wake of the Academy Award nominations for 2020, Greta Gerwig’s Little Women has now become the director’s second film to be nominated for Best Picture, in process becoming the only female director to score two Best Picture nominations.

And yet, the Oscars who are notorious for excluding women in the Best Director category didn’t see fit to nominate Gerwig for the very film that is up for Best Picture.

It’s the kind of groan worthy exclusion that really speaks to the bias against women in the celebrated awards and it is all the more devastating considering that Little Women is undoubtedly the best film of 2019.

The Sony feature film is based on the classic book by Louisa May and is amazingly the first true adaptation of the novel despite it being brought to the big and small screens countless times.

Greta Gerwig who previously directed 2017’s fantastic coming of age ‘Lady Bird’ proves that Lady Bird wasn’t a fluke, with her sophomore feature proving to be stronger than her debut.

While the four sisters are very different- Jo being the adventurous, Amy being the unruly, Beth being the giving and Meg the homely one- they are all very close.

Little Women follows the four over the course of their late childhood and early adulthood, as they try to make something of themselves in a world where women aren’t supposed to do much.

The movie exudes a strange warmth even as it tackles tough subject matters and the sheer strength of the movie lies in how masterfully it toes the line between being delightfully hearty and painfully realistic.

A lesser filmmaker could have easily ended up making the film “cute” but Gerwig’s script is never anything but powerful even in moments of levity. 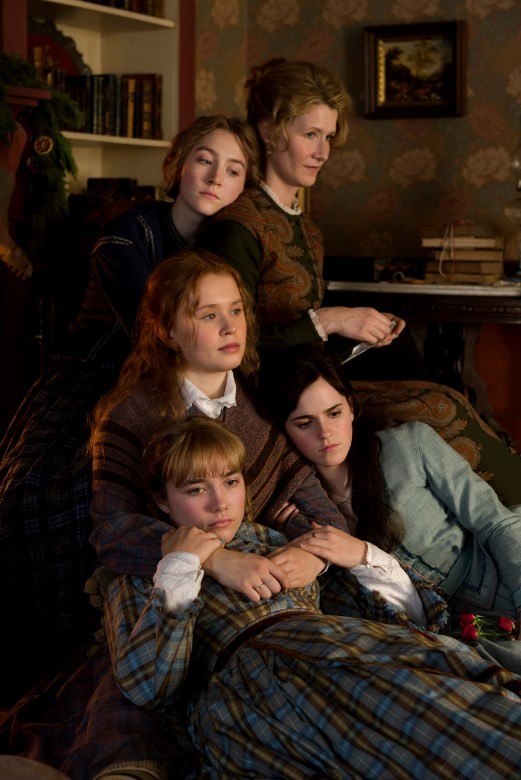 The writing is sharp and in the capable hands of Florence Pugh and Saoirse Ronan, it feels particularly revelatory. Supporting actresses Laura Dern and Meryl Streep are also excellent additions even if their roles are understandably shorter than one would expect.

On the flip side, up and coming actor Timothée Chalamet gets to show his impressive range as he adds a different take to his boy next door role. Chalamet has become something of an internet favorite in the past few years and it is clear why given how much chemistry he has with everyone he interacts with on screen here.

One of the smartest things Gerwig does to draw audience interest in a tale which many are familiar with, is to tell it out of order.

The back and forth between the present and the past not only helps us draw comparisons with the varying situations the characters find themselves in but also makes us understand the characters in a way a traditional telling of the story may not have.

The biggest beneficiary of this is Pugh’s Amy, a character often derided by fans of the classic but who is given new depths thanks to a fantastic portrayal and a monologue that is a standout.

While a director nod is clearly missing, there is some solace to be found in Gerwig winning Best Screenplay if the odds are in her favor.

Her reconstruction of the book not only added new depths to the characters but did so in a way that it retained the book’s pure wholesomeness.

It is no wonder then that the film is exceeding expectations at the box office abroad and proving why family films that have something to say will always stand the test of time.

Halting the subversion of CPEC

Why Pakistan is facing economic default?

PIDE’s Charter of Economy: economic roadmap the country is in need of