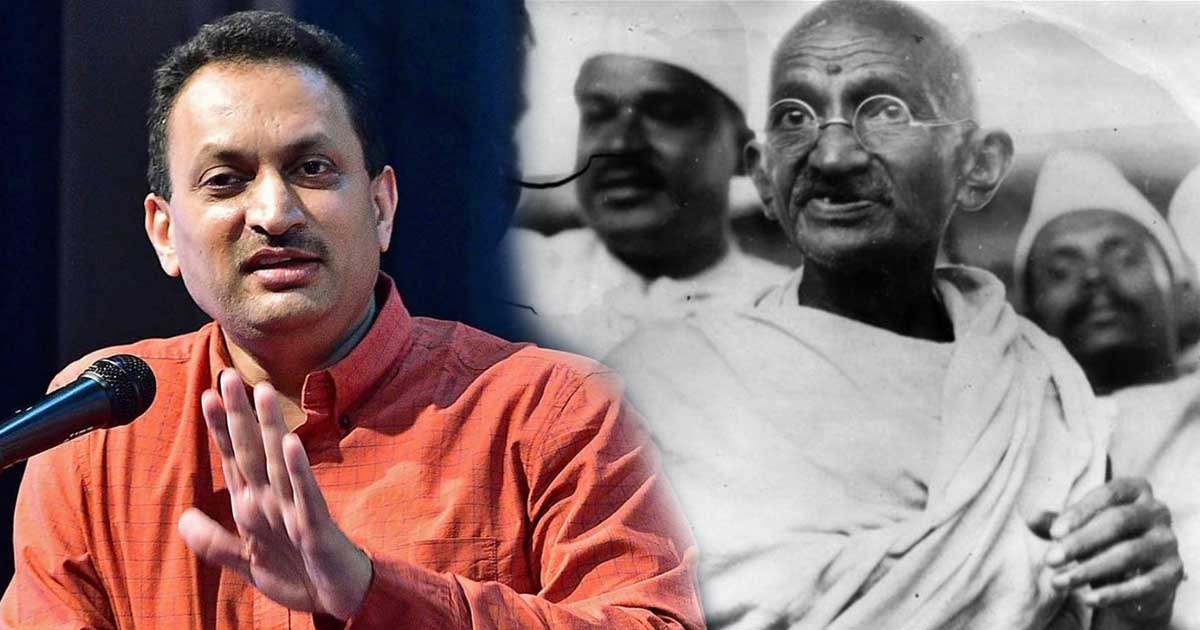 BJP’s Anantkumar Hegde describes Mahatma Gandhi’s freedom movement a ‘drama’ and said his ‘blood boiled’ when he read history and saw such people being called ‘Mahatma’.

BJP’s Union Minister from Karnataka ridiculed India’s founding father, Mahatma Gandhi in a public gathering on Saturday. He declared the freedom movement a sham campaign for independence orchestrated by the British.

“None of these so-called leaders were beaten up by the cops even once. Their independence movement was one big drama. It was staged by these leaders with the approval of the British. It was not a genuine fight. It was an adjustment freedom struggle,” the MP said.

He went on to call Mahatma Gandhi’s hunger strike and satyagraha movement a pretence.

“People supporting Congress keep saying that India got independence because of the fast unto death and satyagraha. This is not true. The British did not leave the country because of satyagraha. Britishers gave independence out of frustration. My blood boils when I read history. Such people become Mahatma in our country,” Mr. Hegde said.

BJP, an ultra-nationalistic Hindu and jingoistic political party, has repeatedly despised secularism in India ever since it took reigns. BJP has doubled down the march towards a ‘Hindu Rashtra’ with the introduction of the controversial Citizenship Amendment Bill.

Where the divisive bill has disregarded secularistic values in the constitution of India it has also intensified a rift between the masses and New Delhi.

BJP’s tenacious support for CAA followed by the hounding of Muslims and coupled with the surge in the hate crimes against other religious minorities has vindicated Jinnah’s two-nation theory.

Just because they did nothing during the freedom struggle doesn't mean that Sanghis have to demean our hard-fought freedom in every way possible.

Several analysts have stipulated that the exercise of CAA and NRC will disturb the communal cohesion in India, inflame the resentment among the Muslim community and demean Gandhi’s vision that opposed the division of sub-continent based on religion.

CAA: Partition of the Indian soul

While Bharatiya Janta Party is adamant to proceed with the controversial Citizenship Amendment Bill, anti-CAB voices within the Indian parliament alert that the bill will vindicate Muhammad Ali Jinnah’s two-nation theory.

Shashi Tharoor, the MP Congress, rebutted CAA, arguing that it resonates with Jinnah’s two-nation theory. Asserting that India should not criticize Pakistan for creating a Muslim theocratic state when it is itself heading towards the establishment of a Hindu Rashtra.

He added that if CAA passes it will mark the victory of Muhammad Ali Jinnah’s vision over Gandhi’s; it will dismantle the constitutionally mandated secularism of India. India cannot reject Pakistan while advocating the same logic as Pakistan, argued Shashi Tharoor in the parliament.

Power has gone to the head of @BJP4India leaders. Such ungrateful comments from @AnantkumarH exposes how insane he is. Such people need to be stripped of their #Citizenship Gandhi's Freedom Struggle "Drama": BJP's Anantkumar Hegde Strikes Again – NDTV https://t.co/0W0ohsZW63

Tharoor warned that while Indian soil had been partitioned in 1947, CAA will be the partition of the Indian soul. He requested the BJP government to reverse CAA. His argument echoes the cries of millions of Indians who are in extreme angst against the anti-Muslim discriminatory, CAB.

The Citizen Amendment Bill pitched by the Indian Home Minister earlier this month has caused hue and cry across the country. It amends the Citizenship Act of 1995 as the BJP government attempts to maneuver the definition of illegal immigrants in CAB.

Christchurch shooter sacks lawyers; will represent himself at hearing