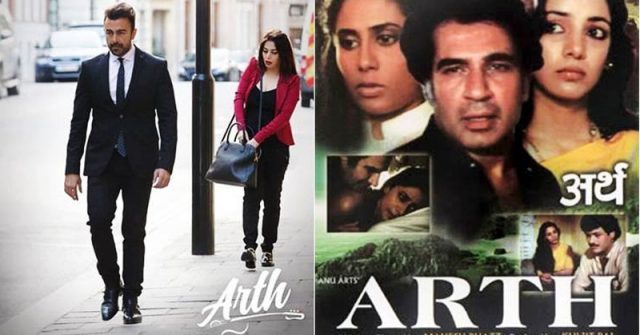 Sahir Ali Bagga and Rahat Fateh Ali Khan have collaborated to lend their powerful vocals to the song.

About the song, Shaan Shahid says, “The song itself grips the gist of the film, themed on the holy connection a person feels for his Creator.”

The song is the composition of Sahir Ali Bagga and is directed by Shaan himself.

High hopes have been attached to the success of the film and similar anticipations are made regarding the soundtrack from the movie.

This time Shaan is venturing out with a remake of an Indian movie ‘Arth’ from 1982 that had Smita Patel and Shabana Azmi in starring roles and was directed by Mahesh Bhatt.

Arth 2 is all set to release worldwide next week and is equally awaited across the border in India as well.

Mahesh Bhatt has time and again expressed his excitement for the movie and this time too he took to Twitter to praise the work of Shaan, Rahat and Bagga.

He wrote, “SENSATIONAL! Rahat Bhai and Bagga come together and set the screen ablaze. Shaan staggers you with his animal vitality!”

Shaan and the other star cast including Mohib Mirza, Shan Shahid, Humaima Malik and Uzma Hassan these days are actively engaged in the promotional activities for the movies.

From visiting Wagah Border to walking on ramps, they are diligently following all the tricks of promotions.

So far, the team of the movie is following all the release plan activities. But the movie is feared to face obstacles in getting a ‘NO OBJECTION CERTIFICATE’ for release from the Censor Board.

US airlines report losses: demand will be weak until COVID vaccine arrives