Pakistan's possession of four MILGEM corvettes will change the balance in the region and will carry the country to the position of a playmaker. This historic naval project is the largest singles military export deal of Turkey worth $1.5 billions 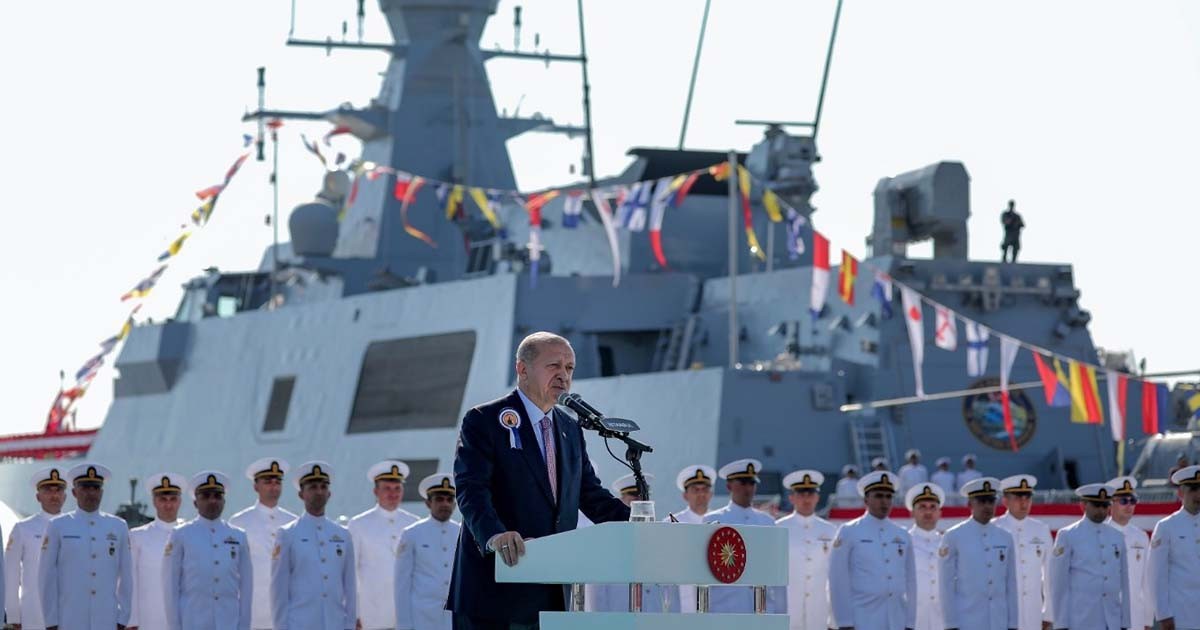 A Turkish official praised Tuesday an agreement between Pakistan and Turkey on the sales of four corvettes to Pakistan as part of Turkey’s National Ship (MILGEM) project.

“Pakistan’s possession of four MILGEM corvettes will change the balance in the region and will carry the country to the position of a playmaker,” Esad Akgun, director-general of Military Factory and Shipyard Management Inc. (ASFAT), a company operating under Turkey’s Defense Ministry, told Anadolu Agency.

“It is very important for us to have Pakistan in this position as we do not see the Pakistani army separate from our own army,” Akgun said. Akgun visited Pakistan to attend Pakistan-Turkey Business Investment Forum organized by Turkey’s Foreign Economic Relations Board (DEIK).

In line with the 2018 agreement, Pakistan will buy four MILGEM corvettes, two of them will be constructed in the Istanbul Shipyard and the others will be built in Pakistan’s port city of Karachi.

“In the first phase, one corvette each to be built in Istanbul and Karachi will participate in the Pakistan Navy inventory in 2023,” ASFAT said in its official website.

The other two ships will be inscribed in the inventory in 2024, ASFAT added.

Underlining the importance of the agreement, Akgun said the agreement cannot be considered as just a ship export, but it is a multi-faceted project that contributes to the world peace.

“One of the ASFAT’s founding missions is to improve the capabilities of the Turkish Armed Forces, to share them with brotherly countries, and to contribute to world peace by strengthening them,” he stressed.

Turkey transfers technical information and technology to Pakistan through this agreement, he added.

The company’s goal is to “bring a new breath” to the Turkish defense industry sector, Akgun said, and added: “Defense industry export is not an option but an obligation for Turkey.”

Turkey is currently negotiating with brother countries in the Pacific, the Balkans and North Africa for new initiatives, he added

Previous articleWhy is PM Imran Khan’s government controlling dissent in Pakistan?
Next articleUS elections: Who is more likely to win?

Gilgit-Baltistan will soon be fifth province of Pakistan: Gandapur