Nawaz Sharif has given a green signal to his party. He is apparently desperate to come out of jail while his younger brother is not interested to confront any institution of the current government. Where will this crisis lead to? 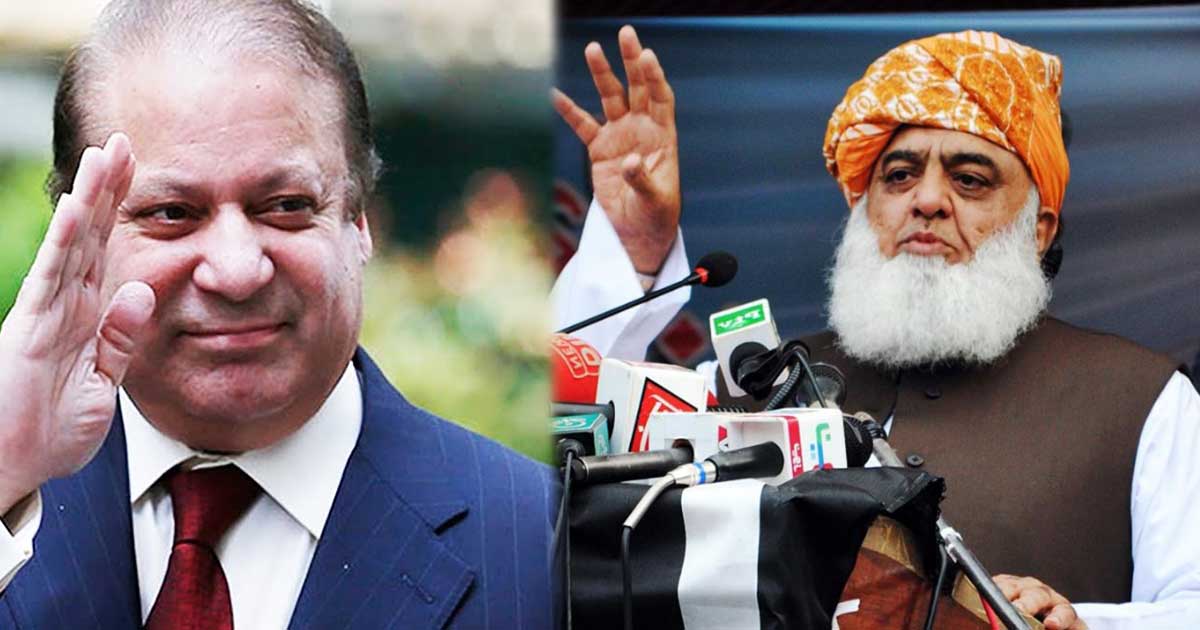 Nawaz Sharif, former Prime Minister, has urged his party, Pakistan Muslim League-Nawaz, to participate in Maulana Fazlur Rehman’s Azadi March against the current government to topple it. Both Nawaz and Fazl now seem to be strong and confident to force the government for an early election. However, some sources claim that Shahbaz Sharif, younger brother of Nawaz and current President of the party, is unwilling to become a part of any anti-government campaign.

Former prime minister Nawaz Sharif has relayed a message via a letter to all members of the Pakistan Muslim League-Nawaz (PML-N), telling them to stand up for their rights and “ensure that the anti-government protest (Azadi March) is a success”.https://t.co/cjiKpzaBmd— Daily Times (@dailytimespak) October 14, 2019

Political commenters are fearing that a mainstream political party that has been in power for more than once has decided to use religion card against the current government. JUI-F’s chief has said more than once that they are heading to topple an un-Islamic government installed by milestablishment in the country.

Initially, PPP’s Chairman Bilawal Bhutto Zardari categorically rejected the idea and decided not to become part of any anti-government campaign using religion. However, later on, he also agreed to support the JUI-F’s idea.

PM Khan has made it clear more than once that he will not compromise by any means on the ongoing accountability process. It has created several challenges for him

According to details, the letter, dated October 10, is addressed to his [Nawaz] brother, PML-N President Shahbaz Sharif, and its contents were discussed with JUI-F chief Maulana Fazlur Rehman on Sunday. As a matter of fact, Nawaz had announced two days ago that he had written a letter to Shahbaz detailing the future course of action of the party, and had expressed hope that the PML-N president would brief the media on it.

“Though the ground swell of support for Maulana may not be very substantial, potentially organised disruption by his madrasa students provides a recipe for foreign manipulation for geo-political gains”.

Moreover, in a press conference following the meeting, PML-N senior leader Ahsan Iqbal said that a party delegation had called on Rehman and put forth the PML-N’s recommendations for the march. “Nawaz Sharif has said that maulana sahib’s call for a protest post-elections was the right decision,” said Iqbal, adding, “We support his ‘Azadi March’.”

Nawaz who is in jail and serving his sentence is now seems to be confident to topple the PTI’s government. It is important to recall that the PML-N supreme leader was sentenced to seven years in prison and was fined Rs1.5 billion in the Al-Azizia reference by an accountability court on December 24, 2018. However, he was acquitted in another reference related to Flagship Investments. He was imprisoned in Adiyala Jail and shifted to Kot Lakhpat Jail on his request.

Nawaz Sharif was granted bail for six weeks by the Supreme Court to afford him an opportunity to get treatment of his choice in the country for his complicated heart and kidney disease. The bail expired on May 7 (today) as the apex court rejected his review petition seeking permission to go abroad for the treatment.

Since the NAB is going after all those who have allegedly misused their authority or took money, there is more pressure on the Premier. PM Khan has made it clear more than once that he will not compromise by any means on the ongoing accountability process. It has created several challenges for him. The opposition has branded him as stubborn who is not willing to compromise on any political point.

Interestingly, the premier Khan made it clear during his maiden speech to the nation that whenever powerful and corrupt people will be brought before the law there will be propaganda against the government. A narrative will also be established as if the democracy was under threat, he added.

It is yet to be seen that how does the government deal with JUI-F’s march since there are reports suggesting students being trained to counter the law enforcement agencies if they decide to detain them.

Political differences; was this the only reason for the separation of East Pakistan?

Maryam Nawaz unhappy with the success of Aseefa Bhutto at PDM rally: reports