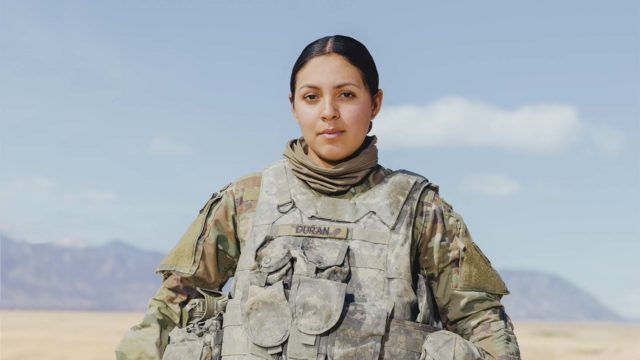 Every year, hashti saur [28 April] is celebrated in Afghanistan as the Mujahidin Victory Day. However, given the controversial and convoluted legacy of the ‘victory’, it seems to raise more questions than signifying reasons for rejoicing. Instead of strengthening nationalist bonds and reaffirming the righteousness of ‘Jihad’, – as represented in post-9/11 Afghanistan – those who ‘saved’ and then willingly ‘sold’ their country, are put under scrutiny. To thwart the charges, the leadership points to a day earlier in the calendar hafti saur [27 April] – the day of the violent military-led Marxist coup.

However, what seems to go unnoticed is that hafti saur – the ‘scapegoat’ day in the biblical sense – is now best embodied by the defenders of the hashti saur. Hafti saur evokes a wide range of sentiments in Afghanistan. It is the beginning of the age of the Afghan precarity; the single event that sparked the ongoing Afghan conflict. It ended the Muhammadzai dynasty and its feudal order, the nostalgia of which never quite allowed King Zahir to truly be sidelined from the political discourse until his eventual symbolic ‘return’ in 2002.

It is a case of a successful military insurrection after multiple attempts (1975 Islamist plot) and half coups (1973 Daod-Parchami takeover) earlier in the decade. However, if contextualized in the 1960s and 1970s Afghanistan, when ideological competition between forces of modernity in the Marxian tradition and ‘Ikhwani’ Islamism was ripe – each posing as a viable alternative to the traditionalism of the status quo – a much more complicated picture emerges. As a ‘loser’, then again, Afghan communists are not in a position to avoid such reductionist treatments – especially in the post-9/11 Afghanistan.

Those who in the past claimed/carved leadership positions for themselves in the dissent movement against this call are now waging a modernist project of their own. hafti saur and hashti saur have morphed into one: US-backed Kabul regime. Perhaps it is only right to celebrate the ‘victory’ a day after the communist coup.

Nonetheless, as a movement, the Khalqi and Parchami communists were convinced of their ways: to swap the ‘traditional’ for the ‘modern’, the ‘feudal’ for the ‘socialist’. Far from the cartoonish characters in the mainstream discourse, the People’s Democratic Party of Afghanistan (PDPA) was led by a particular breed of ‘intelligentsia’. Nur Muhammad Taraki, the founder and with the most bloated cult of personality (while it lasted), was an avid writer.

By focusing on rural Afghanistan, in his works, the kili space and kiliwali ways are brought to the fore of Pashto literature, helping to reorient it in Afghanistan (see: da bang musafiri and sangsar). Therefore, Sultan Ali Keshtmand, two-time communist Prime Minister, arguing tat PDPA forever transformed the ‘language’ of politics, – both in the linguistic and discursive sense – has a point. Anahita Ratibzad, a member of the PDPA, was convinced that her qualification as a nurse was not enough to ‘save’ Afghan women so she organized, even if it meant her husband left her.

Moving on, Hafizullah Amin, his dogma and opportunism notwithstanding, could situate hafti saur in historical materialism; for the third world, he would argue, Afghanistan was breaking new path to emulating the October Revolution. The party recruited the Army to become the temporary revolutionary vanguard – no problem that the proletariat were not adequately organised yet.

Underlining hafti saur was modernization; (Afghan) communism was the vessel that would facilitate the move from ‘traditional’ to the ‘modern’, from ‘savage’ to ‘civilized’. This end justified any means, especially to Amin. Multiple violent purges of the party membership, violent repression of the masses (i.e. 1979 Chindawal Massacre, incarceration of 16,000 political opponents), and the doings of the feared secret police in AGSA under Sarwari and Interior Ministry’s Security Bureau under Tarun were justified ‘revolutionary’ means.

Instead of strengthening nationalist bonds and reaffirming the righteousness of ‘Jihad’, – as represented in post-9/11 Afghanistan – those who ‘saved’ and then willingly ‘sold’ their country, are put under scrutiny.

From party leadership in Karmal, to revolution’s heroin Qadir, to party ideologue and propagandist Keshtmand, and to the ‘great teacher’ himself Taraki, no one was safe unless absolute deference was given. So much so, that Amin was willing, or so it seemed in his self-contradicting ways, to turn Afghanistan into United States’ next Pahlavi Iran. There was a reason that Aslam Watanjar – one of the pejoratively termed ‘gang of four’ and of the konjaki ¬– kept referring to the recently slain Amin as the ‘traitorous CIA agent’.

After 23 years, and on the back of a radical backlash against Soviet-style modernism, the modernization (and this time westernization) project saw new life. The ‘traditional’ today, like those of yesteryear, is (violently) made to give way to the ‘modern’; indigenous perspectives and ways were quite literally put in the impossible position of assimilation or annihilation. There was no space for negotiating the said differences, to enter into a dialogue so multiple narratives could coexist and intermingle.

Critical rhetoric against heroes of the establishment was rendered mute with the threat of violence (i.e. Hakim Mujahid’s critical comments of Ahmad Shah Massoud). Speaking to the other, in whatever capacity, forced self-imposed isolation/exile (i.e. journalist and writer Wahid Muzhdah’s phone call with Taliban leadership). Mere questioning of the established orderings in foreign policy meant being ‘summoned’ into the Attorney General’s Office, no matter the social standing of the ‘perpetrator’ (i.e. Sayed Ishaq Gailani’s questioning of Kabul’s proximity with New Delhi).

In both occasions, not just ‘reform’ but ‘revolutionary’ change was desired. The reason for the prolonging of the conflict, in a testament to the categorical disavowment of the modernist project, were only made possible by the might of an occupying force of superpower stature. Engines of cultural appropriation, its legitimating capacity, complement the material subjugation. If, for the Marxist regime, it came in the form of the anjuman-i nawisindagan afghan [Afghan Writers Association], then for the capitalist, Western-backed regime of Kabul now, it comes in the form of a much more elaborate conglomerate of ‘civil society’ organisations funded by National Endowment for Democracy (NED) and USAID.

That Amin was willing, or so it seemed in his self-contradicting ways, to turn Afghanistan into United States’ next Pahlavi Iran. There was a reason that Aslam Watanjar – one of the pejoratively termed ‘gang of four’ and of the konjaki ¬– kept referring to the recently slain Amin as the ‘traitorous CIA agent’.

Perhaps the most remarkable parallel that could be drawn between hafti saur and hashti saur is their response to violent resistance. The 1985 ‘Karmal’s Ten-point Treatise’ was meant to be a turning point for the ever-intensifying conflict; it was his bid to end the conflict by offering peace to Mujahidin. Mujahidin countered that as long as Soviet forces remained in the country, they had no reason to talk. The failure or the immediate disappointment coming from the poor reception of ‘tez-hai da gana Karmal’ was a primary reason – seemingly genuine health reasons being the other – that led to Karmal’s downfall in the party, and Najibullah’s ascension to replace him. Such accountability could not be asked of the Kabul regime.

The Mujahidin who rejected Karmal’s offer back then are preparing peace ‘offers’ and demanding dialogue now. While seemingly not quite as persistent as their older avatars – a hard lesson that should have been learned by now – the thorny point of contention is what used to bedevil similar aspirations in the past: the continuation of the occupation.

Movements, people and, particularly – the leadership elite have evolved in their politics and aspirations. However, the forces that define them have remained more or less the same; it is a prolonged conflict between the forces of modernity hegemonically (not sure if it is capable of any other way) demanding assimilation and the nativist (re)assertion of ‘traditional’ cultural orderings. Those who in the past claimed/carved leadership positions for themselves in the dissent movement against this call are now waging a modernist project of their own. hafti saur and hashti saur have morphed into one: US-backed Kabul regime. Perhaps it is only right to celebrate the ‘victory’ a day after the communist coup.

“Mujib Abid is Doctoral Candidate at School of Political Science & International Studies, at University of Queensland Australia. His thesis is a critical study of the Afghan-American encounter in the post-9/11 Afghanistan. After his undergraduate studies at the American University of Afghanistan, he completed his Masters in peace and conflict studies program at the University of Sydney; he has also worked as a Lecturer and Tutor at the Western Sydney University. Twitter: @MujibAbid” The views expressed in this article are authors own and do not necessarily reflect the editorial policy of Global Village Space.