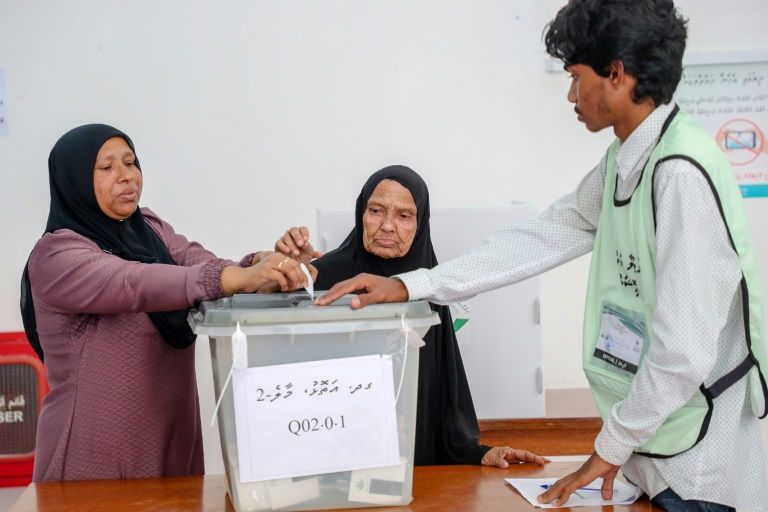 The comments came as the court considered a petition by Yameen to have the September 23 election result annuled due to what his party called “rampant” vote-rigging. On Monday afternoon the five-judge bench put off the case until Tuesday when it will announce whether to allow testimony from three unnamed witness named by Yameen’s lawyers.

Yameen’s Progressive Party (PPM) on Saturday said the vote was the “most farcical election in living memory” with the organisation “abysmal” and vote-rigging “rampant”.

His lawyers told a packed court room that the trio of yet unnamed witnesses could substantiate Yameen’s allegations. However, the country’s independent Elections Commission (EC) through its lawyers insisted that the petition was based on false allegations and should be dismissed.

The strongman leader of the honeymoon island nation had been expected to romp home in the election, with opposition leaders jailed or exiled, and warnings that he would try to fix the vote. But in a surprise turn of events, a little-known united opposition candidate, Ibrahim Mohamed Solih, was declared the winner, sparking celebrations across the tropical holiday destination.

Yameen initially said he accepted defeat, and was ready to step down when his term ends on November 17. But last week he launched the Supreme Court challenge seeking a fresh vote.

At a hearing on Sunday which resumed Monday, Yameen’s lawyer Mohamed Saleem accused the printer of coating ballot papers with an unnamed substance to make votes marked in Yameen’s box vanish.

Saleem said a “special pen with disappearing ink” was also given to people who were going to vote for his client, a reporter at the hearing said. Counting officials also allegedly carried secret pens with which they marked ballots for the opposition.

A lawyer for the EC denied any wrongdoing, including using any special ink. Yameen had also accused the EC of colluding with the printer of the ballots. Ahead of the court hearing in the capital Male, the United States warned “appropriate measures” would be taken if the will of the Maldivian people was undermined.

Europe and India have also issued similar warnings in the past. The US and its allies have been concerned by growing Chinese influence in the strategically positioned Indian Ocean archipelago, especially under Yameen’s authoritarian rule.

Yameen’s Progressive Party (PPM) on Saturday said the vote was the “most farcical election in living memory” with the organisation “abysmal” and vote-rigging “rampant”.

Amazon hits trillion-dollar milestone with focus on the long game