Many conservatives fret over Trump’s war on tech giants 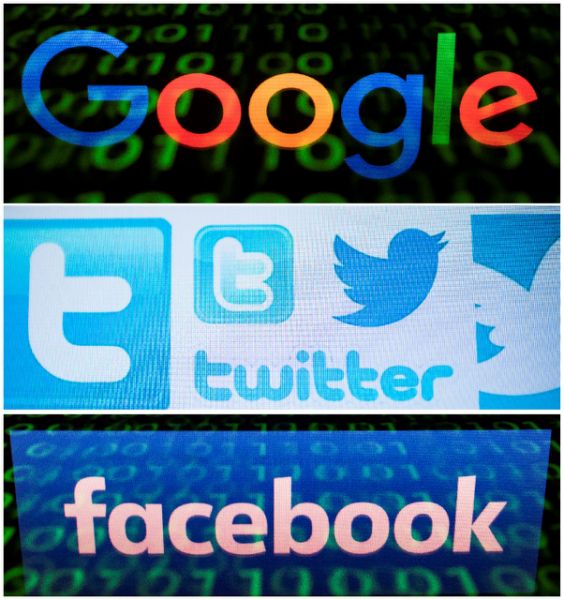 The attacks from the White House coincided with a Justice Department announcement that it would convene talks on whether social media firms are “stifling” speech or harming competition, and precedes a series of hearings by regulators to review how antitrust laws apply to digital giants.

Trump in recent days has stepped up his attacks on the tech industry, claiming that Google suppresses conservatives and promotes “left-wing” news sources and then issuing a vague warning to Facebook, Google and Twitter to “be careful.”

The review will include the “consumer welfare” standard — a precedent that has largely avoided prosecuting firms for monopoly practices as long as consumers are not harmed.

Trump’s criticism of political bias was echoed by some Republican lawmakers at hearings on Capitol Hill featuring Twitter and Facebook top executives. The prospect of a legal crackdown on Big Tech has industry leaders understandably worried, but many conservative activists are also worried about punishing one of America’s most important industries for political reasons.

“Government officials bullying private companies contravenes a culture of free speech. Needless to say, having the Justice Department investigate those companies looks a lot like a threat to the companies’ freedom.” Randolph May, president of the Free State Foundation, a think tank that supports a deregulatory agenda, also warned against a government effort to regulate algorithms like those that Google uses.

“It would be unwise, as a matter of policy, to lodge the power to police search neutrality in the government’s hands,” May said in a column for the Washington Times. “Because search results may be manipulated easily by those who design the algorithms, it would be foolish to risk giving government officials control over them. The temptation for government to abuse this power to promote its own messages — its own version of what is most ‘relevant’ — is evident.”

American Enterprise Institute fellow James Pethokoukis said Trump and his allies may not have considered what type of precedent he could set if one of his political opponents wins the White House. “Have they thought about the possibility that, say, president Elizabeth Warren might latch onto the latest Trumpopulist thinking to create a Federal Internet Platform Commission to regulate the sector?” Pethokoukis said in a blog post.

Antitrust as a Weapon? –

The spectacular growth of Big Tech in recent years has sparked talk of antitrust action, but Trump’s sharp attacks have raised fears that any enforcement would be for political reasons. “Certainly antitrust scrutiny is to be expected at this point when these companies are so big,” said Eric Goldman, co-director of the High-Tech Law Institute at Santa Clara University.

“But this could be the first step in a broad effort by the government to subvert the First Amendment under the guise of antitrust.” Among those warning the administration was Americans for Prosperity, the conservative political group created by billionaires David and Charles Koch.

Randolph May, president of the Free State Foundation, a think tank that supports a deregulatory agenda, also warned against a government effort to regulate algorithms like those that Google uses.

“Antitrust laws exist for the good of American consumers, not to further the political interests of public officials,” said the association’s policy manager David Barnes. “The Justice Department should not wield its authority to subjectively pick winners and losers in the tech industry or to police free speech. Using threats of antitrust or other enforcement as a political weapon should be cause for concern for every American.”

Ed Black, president of the Computer & Communications Industry Association, a trade group that includes Google and Facebook, also expressed concern about politics tainting the antitrust process. “We think antitrust is so important that it should not be politicized or turned into a political tool for other ends,” Black told a conference call.

Read more: US foreign policy a tug of war between Trump, staff

The Federal Trade Commission, which shares antitrust authority with the Justice Department, last month announced it would review all aspects of enforcement. The review will include the “consumer welfare” standard — a precedent that has largely avoided prosecuting firms for monopoly practices as long as consumers are not harmed.

Michael Carrier, a professor of antitrust law at Rutgers University, said abandoning the consumer welfare standard may be problematic, with courts likely to be circumspect. “The difficulty with abandoning this standard is that there is no ready-made framework to replace it and I can’t see courts adopting a more robust (and less consumer-friendly) framework,” Carrier said.

The saga of Nawaz’s ‘comings and goings’ continue