Maryam Nawaz and her army of trolls 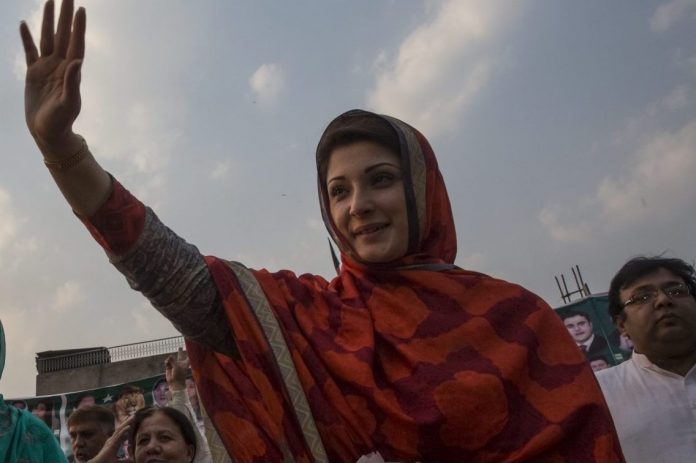 Daughter of Nawaz Sharif, referred to as the ‘Princess’ by friends and foes alike, Maryam Nawaz occupies the top seat in the cadre of PML-N’s powerbrokers. Rumored to be next in line for the Prime Minister’s office, she is one of the few who has exclusive access to the Prime Minister and is actively involved in all proceedings which take place in the sphere of the PM office’s influence.

Despite her key role in the government Maryam very rarely gives public statements apart from her tweets. Nevertheless, it is well known that she heads the government’s infamous Strategic Media Communications Cell (SMCC). The actual purpose and activities of this cell are murky at best but those in the know whisper of its gargantuan pool of resources and influence.

What is the SMCC?

An anonymous government official once stated that the standard operating procedure at the Ministry of Information was that whatever order comes from the SMCC it had to be obeyed without question.

It came into being in late 2014, coincidentally, right after Maryam Nawaz had been told to resign as chairperson of the PM’s youth loan program by the Lahore High Court, because she had no official standing in the government.

Its initial stated mandate was to carry out public service campaigns, however, in an unintentionally revealing memo floated amongst government officials the SMCC revealed its true objective.

“Since the cell’s inception, it has been the lead government vehicle that intervenes in [the] social and conventional media to project government’s point of view in a subtle and effective manner” stated the memo. It went on to mention the need for additional budget allocation of Rs20 million on top of the 20 million it had been given at its inception.

It has now grown from a team of 15 to an undisclosed amount which is estimated to be over 90 employees.

Read More: Andleeb Abbas asks, “Who is Maryam Nawaz to do this…?”

It has also been reported that the entire staff at the SMCC was hired on the basis of Maryam Nawaz’s personal recommendation.

After the sacking of ex-Minister of Information Pervaiz Rasheed due to the Dawn leaks scandal, Marriyum Aurangzeb, a close confidant of Maryam Nawaz, was given the position.

Accusations from the political opposition and journalists against the SMCC are currently rife, most prominent amongst them are claims of the involvement of Maryam Nawaz in the Dawn leaks, which is characterized as a media-centric attack on the military establishment.

Recently, after the effort on part of the civil-military establishment to resolve of the Dawn leaks scandal, leader of opposition in the senate Aitzaz Ahsan claimed on a prime time news program that the SMCC was involved in the tapping of a closed-doors meeting held at the Prime Minister’s office between representatives of the main political parties. He said the SMCC leaked conversations to the media while the meeting was ongoing.

Andleeb Abbas recently wrote a letter to the Prime Minister’s secretariat demanding reasons for why Maryam Nawaz, an unelected member of the Sharif family, had been allocated such a substantial budget and managerial post

The principal accusation against the SMCC is that rather than managing the government’s public service media campaigns, which its mandate officially restricts it to, the Cell tries to manipulate public opinion in favor of the ruling party. The Cell is said to have multiple online trolls who are tasked with maligning those in the media and politics who criticize the government.

Andleeb Abbas recently wrote a letter to the Prime Minister’s secretariat demanding reasons for why Maryam Nawaz, an unelected member of the Sharif family, had been allocated such a substantial budget and managerial post. She also questioned the capacity under which Maryam Nawaz held meetings with foreign dignitaries in the Prime Minister’s office.

It has also been reported that the entire staff at the SMCC was hired on the basis of Maryam Nawaz’s personal recommendation.

In June 2016, the Supreme Court asked for the financial details of the SMCC and sought a reply from the federal government on the charges of using the taxpayer’s money to malign rival politicians. However, the issue seems to have died down or covered up because of the lack of information on further proceedings.