Maryam Nawaz dissociates herself from the judge’s video scandal: FIA

In a report submitted to the Supreme Court, the Federal Investigation Agency (FIA) informed the court that Maryam Nawaz has distanced herself from the controversial video scandal involving accountability judge Arshad Malik. 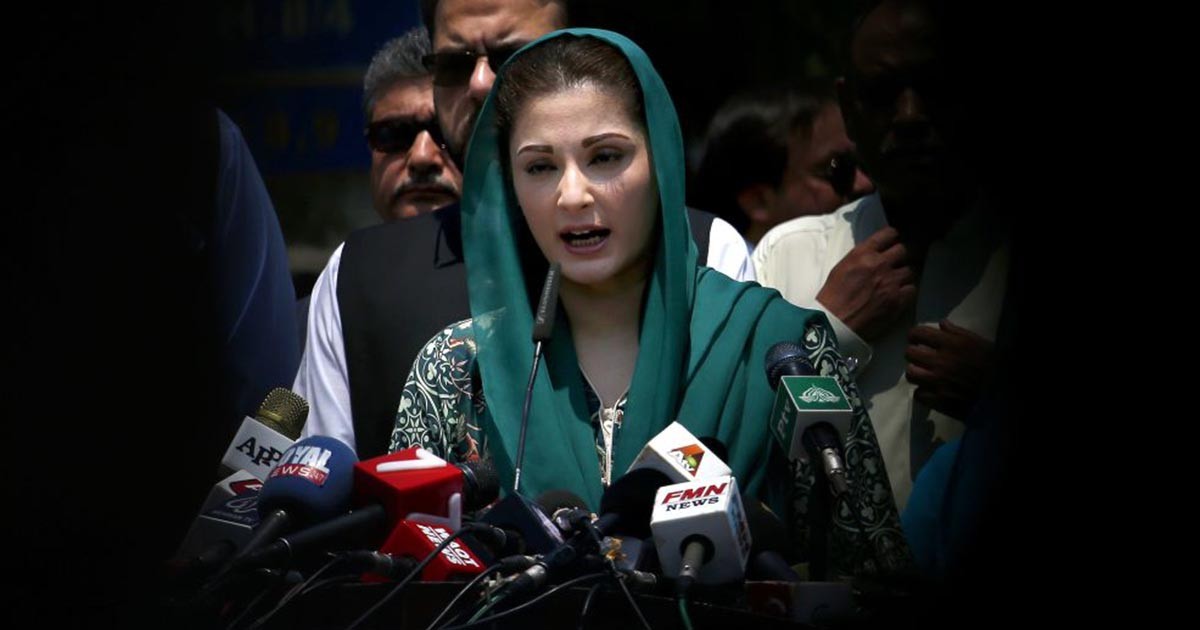 The Federal Investigation Agency (FIA) on Tuesday submitted a 105-page report to the Supreme Court on the video scandal, stating that Maryam Nawaz, Vice President of the Pakistan Muslim League-Nawaz, has distanced herself from the controversial video filming former accountability court judge, Arshad Malik.

The FIA submitted a lengthy report of its investigation on the video scandal involving the accountability court judge, informing the Supreme Court that it requires more time to conclude its investigation into the case.

Maryam Distances herself from Scandal

The FIA report, circulating across media platforms, stated, “Maryam Safdar who led the press conference of the PML-N senior leadership and gave a detailed narrative and commentary on the audio/video attributed to the complainant while playing it has attempted to distance and disassociate herself from the details and specifics of its acquisition, origins, source, recording, dissemination, release and timing and also the specifics of the individual who actually undertook and conducted the recording.”

The subject video of complainant Judge Muhammad Arshad Malik was made by the accused Mian Tariq Mehmood r/o Multan from 2000 to 2003, when the former was posted as additional district and sessions judge, Multan.

It added, “In her reply, she [Maryam] has sought to place the entire responsibility and burden in respect of the aforementioned matters upon accused Nasir Mehmood Butt. As regards the subject video, again, Maryam Safdar now claims not to have ever obtained or seen the same and has sought to completely dissociate herself from the subject video, although, according to the transcript received from PEMRA, she spoke at length of the subject video in the following terms at the press conference of 6-7-2019 which contradicts her later stance.”

In the report, the FIA noted that Shahbaz Sharif, PML-N President, has also disassociated himself from the controversial video scandal, claiming that Maryam Nawaz can offer more clarifications into the matter.

The report stated, “As per reply of Mian Muhammad Shehbaz Sharif to the FIA questionnaire, he claimed ignorance stating that Maryam Safdar can give clarifications regarding the video at the judge’s residence made by accused Nasir Mehmood Butt. Other participants namely Khawaja Muhammad Asif, Ahsan Iqbal and Attaullah Tarrar of questioned press conference dated 06-07-2019 adopted a similar stance.”

Read more: Leaked Video of Judge Arshad Malik: How will it Impact the Ongoing Cases against the Sharifs?

The FIA apprised the Supreme Court that a forensic test of the 2003 video featuring accountability Judge Arshad Malik was conducted, and it validated the authenticity of the video. Arshad Malik performed two Umrahs during a period of two months, and remained in Saudi Arabia during the period 23rd March to 4th April, 2019, and later from 28th May to 8th June.

The report stated, “The subject video of complainant Judge Muhammad Arshad Malik was made by the accused Mian Tariq Mehmood r/o Multan from 2000 to 2003, when the former was posted as additional district and sessions judge, Multan.”

It further added, “As per affidavit dated 11-07-2019 of Judge Muhammad Arshad Malik complainant, he was contacted by two acquaintances namely Maher Ghulam Jilani and Mian Nasir Janjua. During the meeting, accused Mian Nasir Janjua claimed that he was appointed as a judge on his specific and personal recommendation to an influential person in the then PML-N government.”

Whereas at that time the complainant judge showed his ignorance about such video and accused Nasir Mehmood Butt told him that he will be shown the same in a couple of days.

The FIA added that the National Accountability Bureau’s (NAB) Reference no 18/2017 (Flagship Reference) and Reference No 19/2019 (HME Reference) were transferred to the accountability court NUMBER II for trial in Islamabad on August 2018, five months after the appointment of the complainant judge.

The report stated, “As per affidavit dated 11-07-2019 of the complainant judge, at a social sitting attended by both accused Nasir Janjua and Maher Ghulam Jilani, the accused Nasir Janjua took him aside and implored him to give [a] verdict of acquittal in both the said references. Besides, judge’s deposed that he was again approached by accused Nasir Janjua and Maher Ghulam Jilani who offered him Euros equivalent to Rs100 million and immediately Euros equivalent to Rs20 million were available in their vehicle outside. However, [the] offer of the bribe was made prior to the decision of the references.”

It further added, “Reference 18 and 19 of 2017 of Mian Muhammad Nawaz Sharif ex-prime minister were decided on 24-12-2018. As per the affidavit of the complainant judge, the accused Nasir Butt met him and threatened him regarding [the] revelation of subject video by accused Nasir Janjua. Whereas at that time the complainant judge showed his ignorance about such video and accused Nasir Mehmood Butt told him that he will be shown the same in a couple of days. After [a] couple of days, accused Mian Tariq Mehmood visited the house of complainant Judge Malik and showed him the subject video.”

Will Shehbaz Sharif answer the 18 questions posed by Shahzad Akbar?