As the SC has made it clear that there were no chances of releasing Nawaz Sharif until the IHC decides in his favor, the challenges for Nawaz’s daughter have become more complex and serious. Her plan to hold public rallies may not work as the apex court has already clarified that there is nothing which can be offered to the former PM. 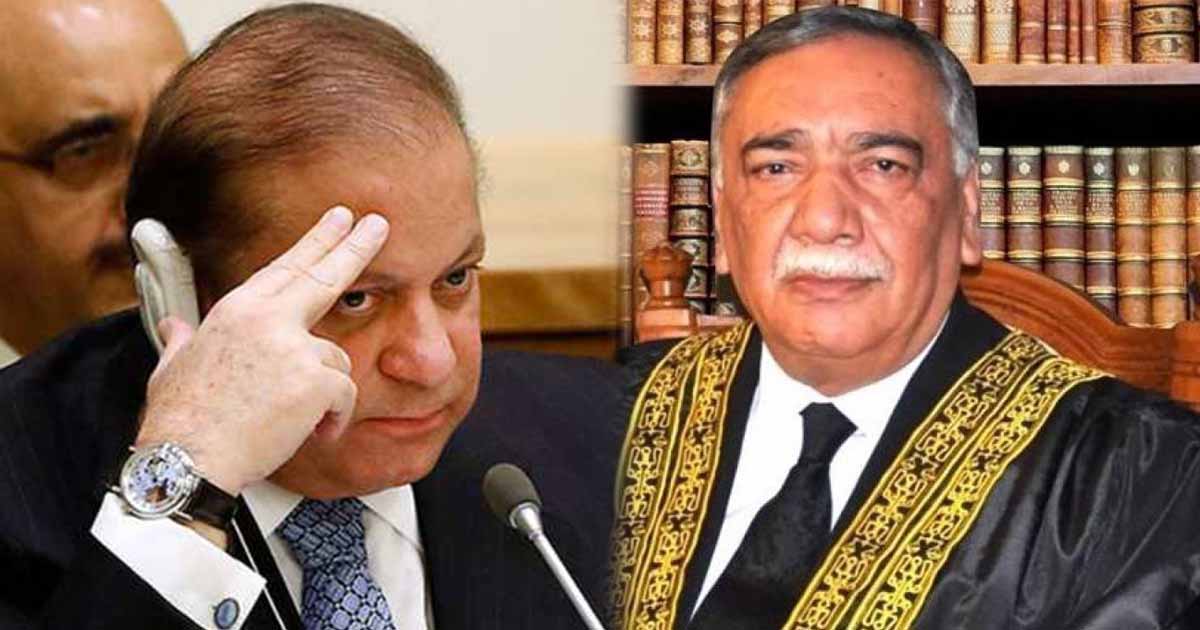 In the latest development, Chief Justice of Pakistan (CJP) Asif Saeed Khosa made it clear that the Supreme Court (SC) can provide no relief to former Prime Minister Nawaz Sharif unless the Islamabad High Court (IHC) rules in his favor. The court has also ordered the Federal Investigation Agency (FIA) to complete its probe in the video leaks controversy involving accountability court judge Arshad Malik within three weeks, saying it wants to ascertain the truth of all allegations against the judge before proceeding in the matter. Maryam Nawaz’s tactics of pressuring the court and seeking concession have remarkably failed.

The outright rejection by the apex court created more problems for the PML-N leadership who were looking for some concession after the leaked video went viral. The court further observed as to “why no one from the Sharif family had approached the high court to seek relief for the deposed premier from his conviction”.

Judge Arshad Malik explained his meetings with the Sharif family and their representatives and disclosed that he was under pressure to take money and not convict the PML-N supremo.

The three-judge bench headed by the CJP and comprising of Sheikh Azmat and Justice Umar was hearing the petitions seeking probe in the leaked video case involving accountability court judge Arshad Malik. “It is strange that those [PML-N] interested in the release of Nawaz have not yet approached the IHC because that is the only real forum to get relief,” the CJP remarked.

Maryam has definitely emerged as the most important PMLN leader, but her narrow focus on her own father limits her larger influence in politics! Years of struggle lie ahead! https://t.co/erlxxrSIMj via @@GVS_News— Moeed Pirzada (@MoeedNj) July 22, 2019

Maryam Nawaz reacted to the remarks by demanding the release of his father without any trial. She maintained that there is no reason to keep Nawaz arrested. “He (Nawaz) is in custody and I want him to be released immediately,” she said while addressing the media.

Political commentators believe that Maryam’s failure to seek any concession for her convicted father from the legal system in Pakistan has prompted her to be more aggressive. However, some analysts think that the fear of being tried or to get convicted in the leaked video case is what is urging Maryam Nawaz to approach masses.

A few days ago, Maryam Nawaz along with other senior leaders of the party, held a press conference and showed a video of Judge Arshad Malik, Judge of accountability court who convicted Nawaz Sharif in Avenfiled reference. The leaked video, claimed Maryam, confirmed that the judge was under pressure and compelled to convict Nawaz contrary to the facts. According to Maryam, the video was secretly made by a PML-N activist Nasir Butt who happens to be Judge Arshad Malik’s friend.

Later on, the judge not only termed the video fabricated and misleading but also submitted an affidavit before the Islamabad High Court (IHC) and clarified that he was not only offered bribes by the Sharif family but also threatened of dire consequences if he does not resign. Judge Arshad Malik explained his meetings with the Sharif family and their representatives and disclosed that he was under pressure to take money and not convict the PML-N supremo. However, the judge stood firm and decided the case on its merits.

Dr. Moeed Pirzada, prominent Pakistani political commentator, was the first person who highlighted and repeatedly maintained that Nasir Butt, who happens to be someone who was visiting the judge in probate capacity, should be probed for leaking a video containing personal discussion.

He based his argument on the premise that many foreign diplomats and ministers often meet journalists and frequently share off-the-record information as well. No journalist is ever expected to leak the video of such a discussion. He urged Pakistani media and public intellectuals to approach the matter from this standpoint which is vital to ensure privacy and grace expected in a democracy.

Saudi Arabia vows a heavy response in case of sanctions

We shall continue our fight against terrorism even without US aid: COAS