Given the worldwide rising demand of face masks, businesses in China are gradually turning towards face mask production. The profit earned by these companies is more than any present enterprise. Some analyst say that the rising prices of face masks can also be traced back to China where they have halted the production for sometime in the past. 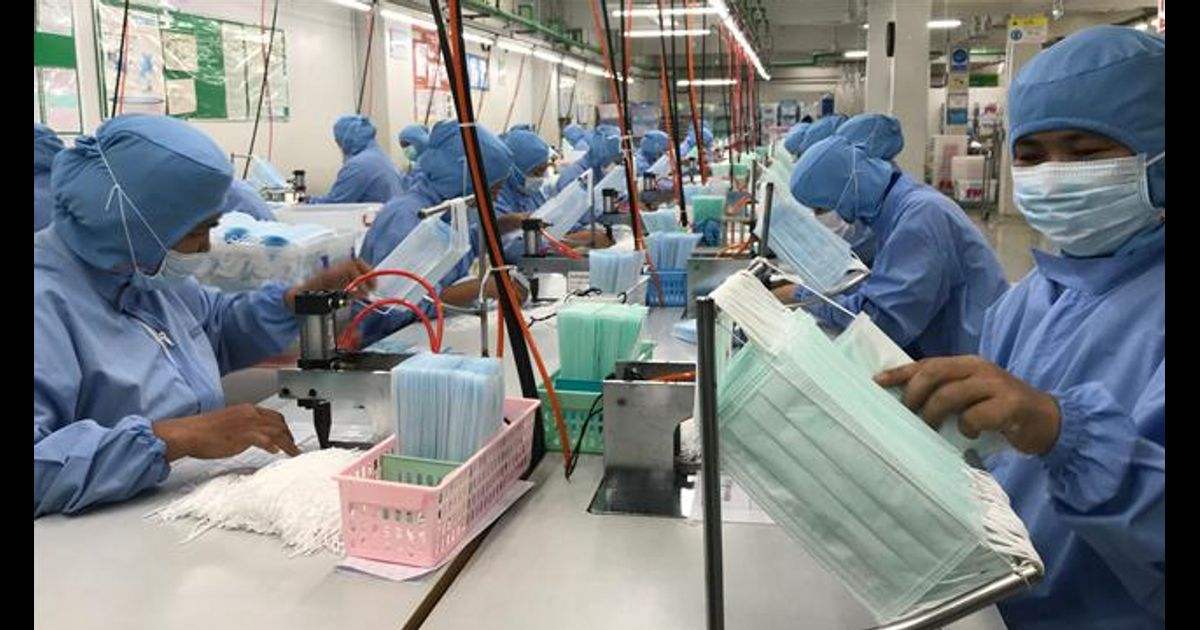 As the coronavirus pandemic that originated in a central Chinese city has gone global, thousands of factories in China have nimbly turned to a new and very profitable market –- face masks for export.

The factory, with five production lines in northeastern China, made the much-needed N95 face masks which were in huge demand as infection numbers surged.

As cases in the country have dwindled, the 34-year-old — who was previously in pharmaceuticals — is now profiting from new markets and exporting masks to Italy, where the death toll has overtaken that of China.

In the first two months of the year, a staggering 8,950 new manufacturers started producing masks in China, according to business data platform Tianyancha — racing to fill the huge gap in demand.

But after the virus epicentre of Hubei province was placed on lockdown and the initial frenzy began to die down in China, virus outbreaks emerged in new hotspots elsewhere in the world.

Globally more than 400,000 have been infected with the deadly coronavirus, and demand for protective equipment is still soaring as nations across the globe battle the outbreak.

“A mask machine is a real cash printer,” said Shi Xinghui, sales manager of an N95 mask machine company in Dongguan city, southeastern Guangdong province. “The profit of a mask now is at least several cents compared to less than one in the past.

Qi Guangtu has put more than 50 million yuan ($7 million) into his factory producing mask-making machines in the southern industrial hub of Dongguan.

It has been in 24-hour continuous production since January 25 — two days after the dramatic lockdown of Wuhan, where the virus first emerged.

“The machines pay for themselves in 15 days, ” said Qi, saying the investment is worth it for his clients.

Manufacturer You Lixin had never set foot in a mask factory before.

But as the market soared and he saw the opportunity, it took him just ten days from first deciding to enter the industry to delivering automated machines capable of producing masks.

“I slept two or three hours a day, so did my clients,” he said.

Some of them are garment factory owners in Wenzhou, eastern Zhejiang province, who had switched to producing face masks.

“They were facing orders they had insufficient capacity to deliver, and they couldn’t make the deliveries,” You said.

Thanks to #coronavirus, costs for masks we use in our #PrimateSanctuary vet clinic have risen from $5 to $160 a box! These cute reusable masks are helping, but we know the costs of these and other supplies will keep rising. You can help with a donation! https://t.co/bmRZKp8yVJ pic.twitter.com/UZWSvsPeo7

“The panic intensified as the crisis accelerated at that time.”

The high levels of mask production has dramatically pushed up prices for raw materials.

Producer Liao Biao struggled to bring back the components of mask machine piece by piece from outside Hunan Province in late January, with the cross province border closed.

Finally, to pay an expert tester for the mask machines, Liao paid more than ten times the normal price.

“Investment is blind now,” You said.

But despite the rising costs of production, the profits still make the industry appealing.

Guan has already delivered one million masks to Italy, while Shi currently has more than 200 orders from South Korea and countries in the European Union.

Read more: Turkey fights coronavirus with secret weapon: And its a perfume!

“The first peak of orders was during the middle of February. Now there is a second wave because of the pandemic,” said Shi.

Liao is also seeking to export his masks to Europe and Canada.

“The demand for masks has been alleviated at home — now we can have some surplus to support other countries,” said Liao.

“We are willing to help others.”

And Guan is optimistic about the future of the industry beyond the outbreak.

“Most people will have the habit wearing a mask after this outbreak,” said Guan.

“I’ll stay in the industry.”

Previous articleGovt to restrain congregational prayers: What does Mufti Taqi Usmani say?
Next articlePCB donates money to fight against Covid-19

COVID-19: Is Saudi Arabia considering to suspend Hajj for the public?