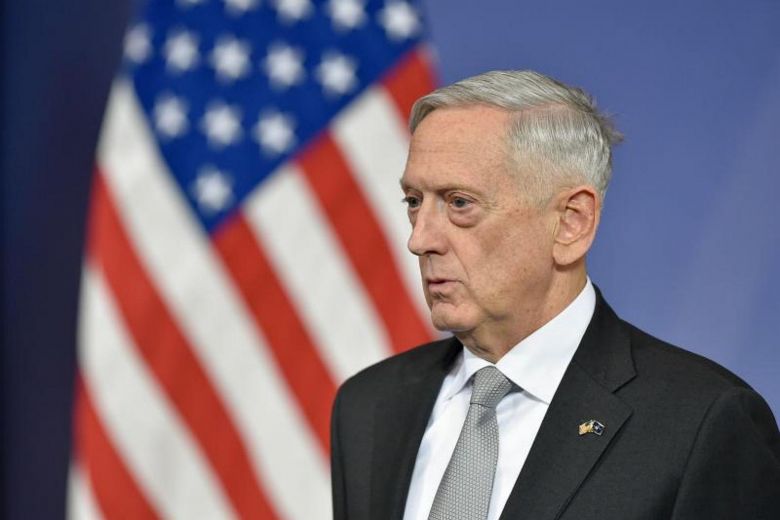 US Defense Secretary Jim Mattis landed in Kabul on Friday for an unannounced visit to war-torn Afghanistan, adding his weight to a flurry of diplomatic efforts to bring the Taliban to the negotiating table. His trip comes a little more than a year after President Donald Trump unveiled a revamped strategy for Afghanistan that saw him commit thousands of additional US forces to the country on an open-ended basis.

Mattis, on his second visit to the country in recent months, will meet with President Ashraf Ghani and the new US commander for American and NATO forces, General Scott Miller. His arrival in Kabul comes at a sensitive time in the 17-year war. The grinding conflict has seen little progress by Afghan or US forces against the Taliban, the country’s largest militant group.

The Taliban have long insisted on direct talks with Washington and refused to negotiate with the Afghan government, which they see as illegitimate. There is speculation that another meeting between US and Taliban representatives could be held this month.

Afghan and international players have been ratcheting up efforts to hold peace talks with the Taliban, which was toppled from power by US-led forces in 2001. An unprecedented ceasefire in June followed by talks between US officials and Taliban representatives in Qatar in July fuelled hopes that negotiations could bring an end to the fighting. But a recent spate of attacks by the Taliban and the smaller but potent Islamic State group that left hundreds of security forces and civilians dead has severely dented that optimism.

A twin bomb attack on a wrestling club in a Shiite neighborhood of Kabul on Wednesday was just the latest in a long line of devastating assaults, killing at least 26 people and wounded 91. The attack underscored the challenges facing Afghanistan’s beleaguered security forces that have been beset by corruption and low morale. Trump’s strategy, announced in August 2017, increased the US troop presence in the country and now includes a renewed push to bring the Taliban to the negotiating table.

But there are fears that Trump is growing frustrated with the pace of progress in the country, spurring US diplomats and other officials to intensify their efforts. The Taliban have long insisted on direct talks with Washington and refused to negotiate with the Afghan government, which they see as illegitimate. There is speculation that another meeting between US and Taliban representatives could be held this month.

Mattis arrived in Kabul from Delhi where he and US Secretary of State Mike Pompeo met with their Indian counterparts. Pompeo also visited Islamabad on Wednesday where he met with new premier Imran Khan and other senior officials. Pompeo said he was “hopeful” of resetting the troubled relationship with Pakistan, a key player in the Afghan conflict.

Dr. James Dorsey - 27 September 2021
Israel and the United Arab Emirates (UAE) have initiated a process that, if it comes to fruition, will bring about the normalization of relations between the two countries. but this relationship has given rise to some questionable assumptions, argues Dr. James Dorsey.