Maulana Abdul Aziz has been subjected to a three-month ban from entering the premises of Lal Masjid, while the Khateeb has been removed, creating a team of 12 clerics who will now be leading the prayers. Meanwhile, the students and teachers of Jamia Hafsa can continue their education in Lal Masjid for a period of three months. 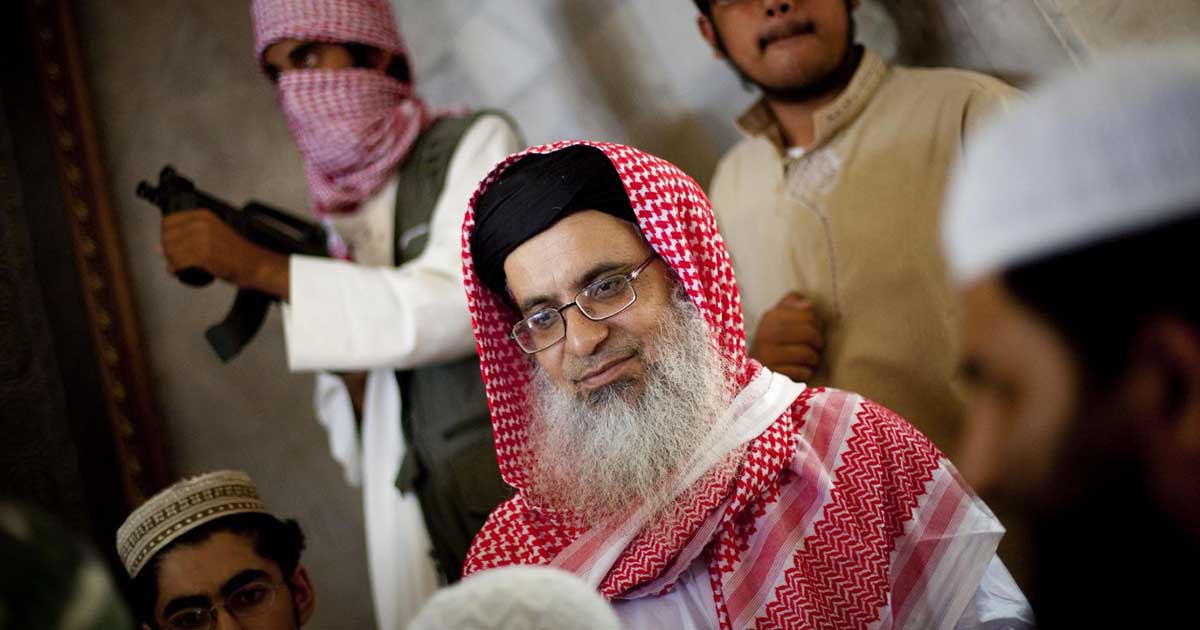 On the orders of the administration of Islamabad, the Khateeb of Lal Masjid has been removed, and the authorities have imposed a three-month ban on former Khateeb Abdul Aziz, who is now barred from entering the mosque.

This announcement has come forward after a meeting between Deputy Commissioner Hamza Shafqaat, and clerics, including Qazi Nisar from Gilgit-Baltistan and Mufti Raees Ayubi from Azad Kashmir. The clerics attempt to mediate between the former administration of Jamia Hafsa, which includes Umme Hassam, the wife of Maulana Abdul Aziz, and the administrative authorities of Islamabad.

The former administrative, including Umme Hassam, accompanied by 80 students, had arrived at the Lal Masjid after a plot allotted to the madrassa had been cancelled. Since then, they began occupying the eight rooms constructed on the property of the mosque, right next to the marketplace, and continued their educational and religious training.

Maulana Abdul Aziz was released in 2009 and he resumed his responsibilities of leading the prayers at Lal Masjid until 2014, when he was found implicated in indoctrinating extremist ideologies and a ban was imposed on him.

During the meeting held on Monday, Deputy Commissioner Hamza Shafqaat urged the clerics from Gilgit-Baltistan and Azad Kashmir to play the role of meditators and facilitate in getting the eight rooms vacated. The Ulema succeeded in resolving the issue.

The authorities agreed that the teachers and students of Jamia Hafsa would be allowed to resume their educational training on the premises of the Lal Masjid for the next three months. This time will be used by the administrative authorities if Islamabad to resolve the question of the cancellation of the plot assigned for Jamia Hafsa so the teachers and students can move back to their premises.

Media reports reveal that the Khateeb of the mosque had himself requested the authorities to arrange his transfer. So far, no official notification has been issued by the administration of Islamabad or the Deputy Commissioner himself.

Read more: Lal Masjid Cleric to tell his followers how to vote during today’s Friday Khutbah: Security officials in Frenzy

Once this agreement was reached, the police and administration reopened the Masjid road, which had been shut down for the past few days.  Media speculations indicated that the Khateeb Amir Siddiqui was suspended by Lal Masjid’s Auqaf department after the meeting on Monday, after the clerics from Gilgit Baltistan and Azad Kashmir got involved in the matter.

It appears that now 10 different clerics from the Darul Ifta in Lal Masjid will assume the responsibility of leading the prayers until a new Khateeb is appointed after a period of three months. During this period, Maulana Abdul Aziz will not be allowed to enter Lal Masjid.

The authorities also discussed the issue of the cancellation of the plot allotted to Jamia Hafsa, and while the teachers and students can continue their education in Lal Masjid, the madrassa is not allowed to enroll any new students during this period.

The administrative authorities of Islamabad have agreed to undertake efforts for arranging a plot for the students of the madrassa from the civic agency.

Maulana Abdul Aziz was released in 2009 and he resumed his responsibilities of leading the prayers at Lal Masjid until 2014, when he was found implicated in indoctrinating extremist ideologies and a ban was imposed on him.

Telefilm on Zainab Ansari; father to sue the TV channel

Cast your vote for ‘Naya Pakistan’