From being administered from the taxpayers' money to the suspension of public transport- it was Pakistani citizens who paid the price for the JUI-F's Azaadi March. 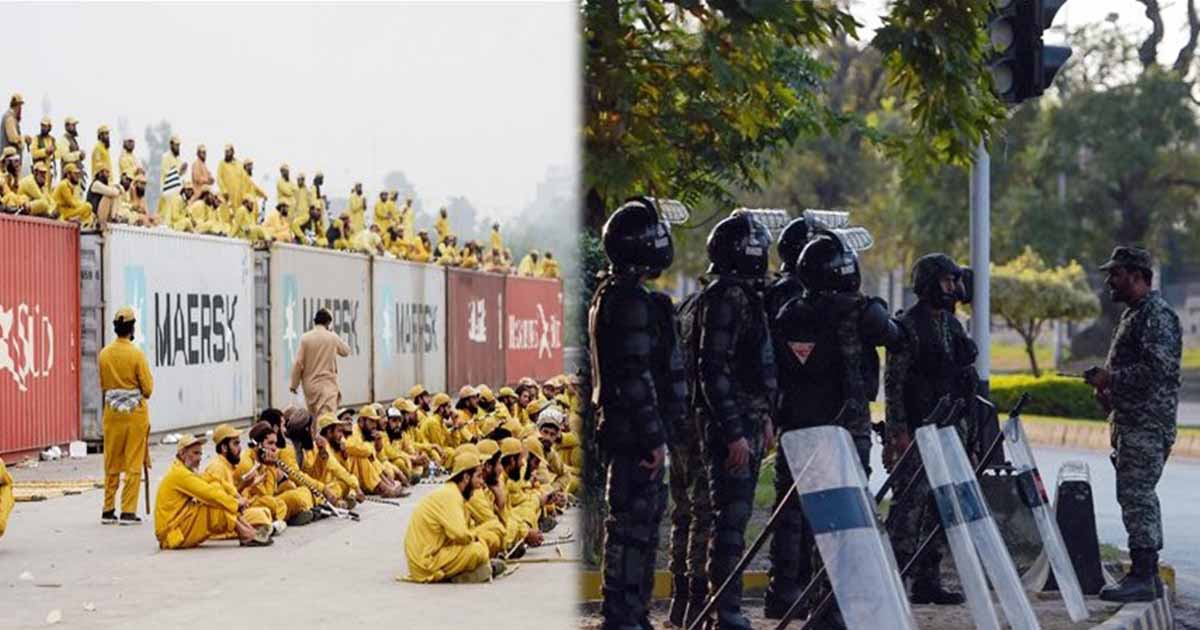 While Maulana Fazl-ur-Rehman may have partially achieved his political goals, it is the government of Pakistan which paid a heavy cost of Rs.527.60 million for JUI-F’s Azaadi March sit-in in Islamabad. The official report states a hefty amount was spent on the security arrangement for the Azaadi March.

The costs were incurred on the transportation and food of additional troops called in the federal capital to maintain law and order in twin cities-Islamabad and Rawalpindi. Nearly, 19000 security personnel from FC and other security agencies were called in for duty; Rs 30 million/per day were spent on the accommodation, fuel, and food for the security personnel. By the end of the Azaadi March, the expenditure accumulated to a total of Rs.450 million for 15 days.

The report states that nearly 680 containers were rented out for security arrangements. The government agreed to pay Rs, 500,000 for each container amounting to a total of Rs.71.40 million.

The Metro Bus service remained suspended in Rawalpindi and Islamabad for two weeks causing a loss of Rs3.30 million per day, aggregating up to Rs46.20 million in this period.

Moreover, the Islamabad’s administration also made arrangements for the JUI-F’s protestors following the heavy rains that lashed out the city last week. PM Khan had ordered CDA to ensure basic provision to the demonstrators owing to the sudden change in the weather.

The JUI-F announced its ‘Plan B’ to maintain the pressure on the government. On Wednesday, Maulana Fazl-ur-Rehman announced the ending of the Azaadi March sit-in followed by his ‘Plan B’, in which he urged protestors to spread protests across the country.

Commentators say Maulana Fazl-ur-Rehman has up the ante with his ‘Plan B’ to force the sitting prime minister Imran Khan to resign and call for the mid-term elections. Hence, ‘Plan B’ is anticipated to disrupt the flow of traffic on the main highways and roads.

JUI-F’s ‘Plan B’ will saddle the government’s treasury since additional troops will be called in to regulate the demonstrators from ruining law and order situation in different cities.