Maulana and his allies are protesting to get the resignation of Prime Minister Imran Khan. The DG ISPR suggested these protesters approach the relevant forums to present their case, street agitation is not a solution. 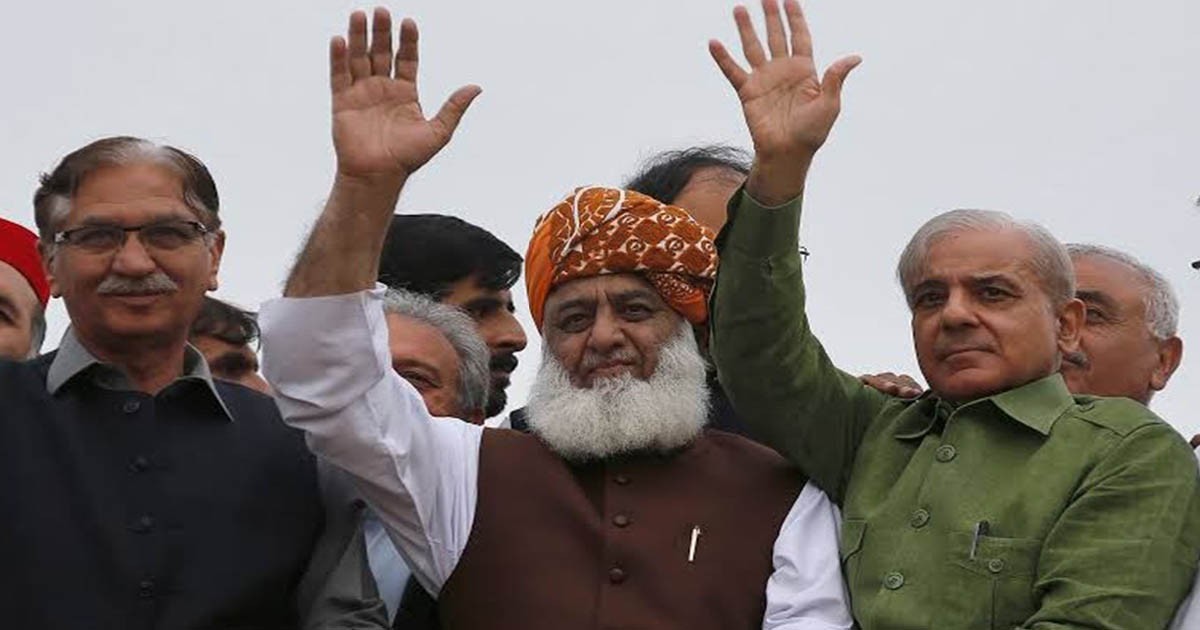 Maulana Fazlur Rehman has given two days more to the incumbent government to step down if it does not want chaos in the federal capital. The JUI-F’s chief along with other opposition parties is leading a protest and demanding the resignation of Prime Minister Imran Khan.

`Maulana believes that the General Elections 2018 were neither fair nor transparent therefore the present “illegitimate” government does not deserve to remain in the office. He has also warned the military establishment without naming that “do not protect an illegitimate government which has to go home”.

Every government in the past two decades had left two things; an empty exchequer and Maulana Fazlur Rehman who remained part of every government. #NationRejectsBarbadiMarch pic.twitter.com/nxtz2r0PHe

Federal Minister for Religious Affairs Noorul Haq Qadri says the government negotiation committee will try to convince JUI-F chief Fazlur Rehman and the opposition’s Rehbar Committee to abide by the agreement that they had reached with the government regarding the Azadi March. The opposition parties signed an agreement with the local administration and assured them of not breaching any law during the Azadi March.

However, Dr. Moeed Pirzada, a prominent columnist and TV anchor, questions the wisdom behind granting permission to Maulana and his political aides to hold a protest in Islamabad. He believes that the mob can go anywhere now since the leaders have announced that they will not be able to control it if the premier does not tender his resignation.

He suggested that the government should take the nation into confidence on the matter. “Everyone should be told that Maulana is not abiding by the agreement he signed with the local administration,” he said.  Dr. Pirzada thinks that a well-shaped narrative shall help the government to create a context in which it can carry out an operation against the miscreants.

Soon after the JUI-F’s warning, Director General of Inter-Services Public Relations (ISPR) Maj Gen Asif Ghafoor spoke to ARY News and questioned which ‘institution‘ the opposition was referring to at today’s rally. “Are they talking about the Election Commission, the courts or the military?” he asked.

We believe in rule of law and our support is for elected govt not for any individual political party. says DGISPR Major Gen Asif Ghafoor @peaceforchange#ArmyStandsWithElectedGovt pic.twitter.com/gqphMFBRlv

Maj Gen Ghafoor also explained that the army personnel were deployed by the ECP and the troops carried out their duties in line with the constitution of Pakistan. “The opposition has a complaint about the credibility of the elections and is dragging the Army into it because of this issue — the Army only fulfilled its constitutional and legal responsibility during elections,” he said.

He also suggested the opposition parties not to destabilize the country but to approach any relevant forum to present their case. “One year has passed since the elections, if they [opposition] still have reservations, then it is their constitutional right to approach the relevant institutions. Taking to the streets and throwing blame around does not solve problems,” he noted.

Defence Minister Pervez Khattak says the government does not see a need for it to hold talks with the opposition regarding their Azadi March protest, for now. “The dialogue will resume if there is a need for it but we don’t find it necessary right now,” the minister told reporters. Khattak was, contrary to what the reality at the ground is revealing, confident that the protesters led by the JUI-F will not take any step that will be harmful to the country or public, saying if they do so “the law will certainly take its course”.

Maulana Fazlur Rehman issues warning saying what happens after 2-3 days will b out of his control if PM doesn’t resign. Says he’s ready for do or die @asmashirazi pic.twitter.com/U9dr1XKT78

Nawaz Vs. Shehbaz: Will Brother Agree Upon JUI-F’s Anti-Govt March?

Imran gearing up for battle in Lahore