McDonald’s Shuts down its branches in virus-hit Chinese province

US fast-food giant McDonald's said on Wednesday it closed all of its restaurants in Hubei, the Chinese province at the epicentre of a virus outbreak that has spread beyond the country's borders. 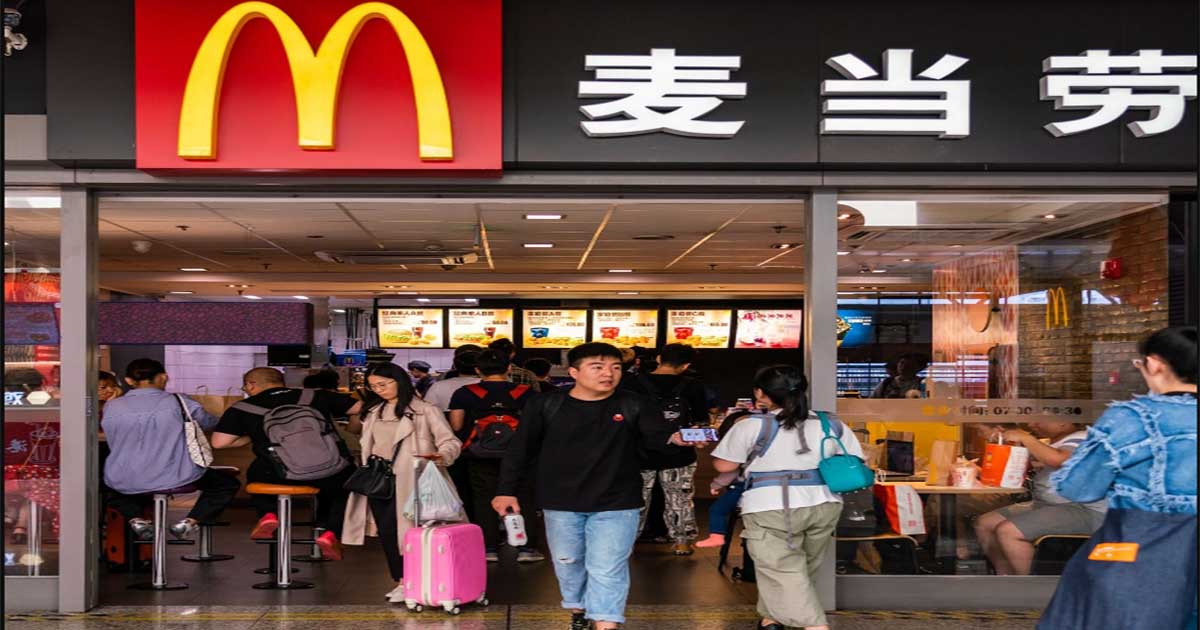 US fast-food giant McDonald’s said on Wednesday it closed all of its restaurants in Hubei, the Chinese province at the epicentre of a virus outbreak that has spread beyond the country’s borders.

The novel coronavirus outbreak traced to the provincial capital Wuhan in central China has killed more than 130 people and infected nearly 6,000 people across the country.

That has prompted factories and businesses to close, airlines to cancel flights to the country and governments to discourage travel to China.

McDonald’s has closed several hundred restaurants in the province at the center of the coronavirus outbreak in China https://t.co/sirOmS8dEV

In a new study, researchers sequenced the genes of 2019-nCoV (as the virus is now called), and then they compared it with the genetic sequences of more than 200 coronaviruses that infect various animals around the world.

The results of the study, detailed in the Journal of Medical Virology, suggested that 2019-nCoV likely originated in snakes.

Coronaviruses are a large family of viruses that can cause respiratory illnesses such as the common cold, according to the Centers for Disease Control and Prevention (CDC).

Most people get infected with coronaviruses at one point in their lives, but symptoms are typically mild to moderate. In some cases, the viruses can cause lower-respiratory tract illnesses such as pneumonia and bronchitis.

These viruses are common amongst animals worldwide, but only a handful of them are known to affect humans

McDonald’s CEO Chris Kempczinski called the situation “fluid” and “concerning,” and said the chain decided to close all of its restaurants in Hubei, which amount to “several hundred.”

But three thousand outlets elsewhere in China remain open, he said during a call to discuss the company’s fourth-quarter financial results.

“Right now, as you would expect, our priority’s really on our employees, on our customers, doing everything we can to make sure that they are safe and taken care of,” Kempczinski said, adding that the company would establish a special team to deal with the outbreak.

McDonald's shuts down 'several hundreds' branches in Hubei, China after Starbucks' closes down half of its cafes in China. https://t.co/iqi6D4eddq

But commenting on the potential financial hit from the virus, he said “its actual impact on our business is going to be fairly small, assuming, again, that it stays contained to China.”

There are now 16 countries that have confirmed cases of the SARS-like illness, from the United States to the United Arab Emirates.

American coffee chain Starbucks announced on Tuesday that it had shuttered half of its cafes in China, and Disney shut down its theme parks in Shanghai and Hong Kong.

The McDonald’s announcement came as they reported healthy fourth-quarter results, that showed sales growing worldwide by 5.9 percent with revenues of $5.35 billion, compared to the final three months of 2018.

The earnings were the first since chief executive Steve Easterbrook left the chain following a “consensual relationship” with an employee that violated company policy.

AFP with the additional input by GVS newsdesk.