The former Suits actor has been making headlines along with her costar from the show Patrick J. Adams, following the royal crisis she recently had been embroiled in after stepping down as senior royal family member with her husband. 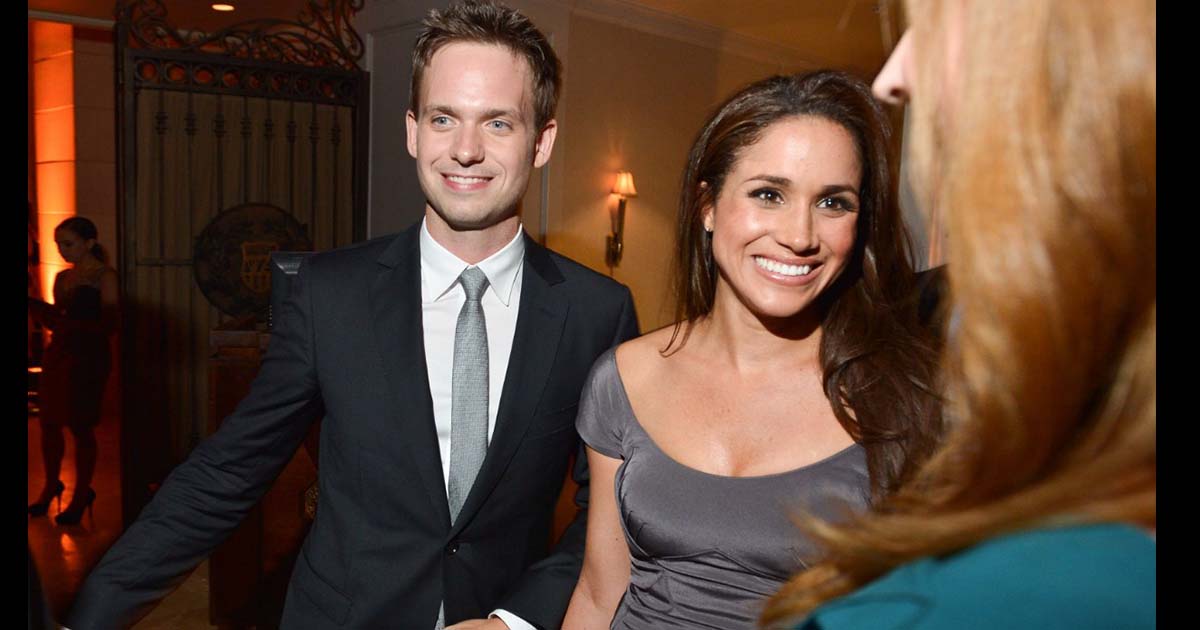 As Meghan Markle’s future in Hollywood lightens up once again after her move to Los Angeles with Prince Harry and son Archie, details from her pre-royal life are coming afloat once again.

The former Suits actor has been making headlines along with her costar from the show Patrick J. Adams, following the royal crisis she recently had been embroiled in after stepping down as senior royal family member with her husband.

Her close equation with Adams is now starting to raise eyebrows as the two actors used to be quite close to each other before Meghan trotted towards the royal life.

While the two played love interests onscreen, their off-screen rapport had gotten to a point that it made their friends ‘uncomfortable.’

Journalist Andrew Morton explained in a report by Express: “Cast, crew and the money men at the network were ecstatic, the producers thrilled that their gamble to cast Meghan opposite Patrick had paid off big time, the show’s fans buzzing about the couple’s on-screen chemistry.”

“Their off-screen chemistry was equally noticeable, almost uncomfortably so, according to guests at Meghan and Trevor’s wedding, which took place in Jamaica in 2011,” it was revealed further.

He explained further that the two had shared a close bond in real life as well and while attending a wedding together in 2011, had even led to guests feeling a great amount of discomfort.

“Their off-screen chemistry was equally noticeable, almost uncomfortably so, according to guests at Meghan and Trevor’s wedding, which took place in Jamaica in 2011,” he said.

Earlier, Patrick too had opened up about his relationship with Meghan during an interview, saying the two were closest on sets because they “grew” together as actors.

“In some ways, Meghan and I were the closest because we were the youngest people in the cast and both came in with the least experience,” he had said, adding: “We grew up together over the course of the show.”

He also addressed how one of his Instagram posts with Meghan became the reason he had to delete his account.

The actor had shared a photo from the sets with Meghan planting a kiss on his cheek from their time on the sets of Suits. This had come around the same time she was prepping to exchange vows with Harry.

“I went to bed, and woke up in the morning and realized ‘Oh, yeah. I live in a world where you can’t post things about Meghan,’” he said addressing the matter.

Kashmir is not an internal matter: Turkish conference