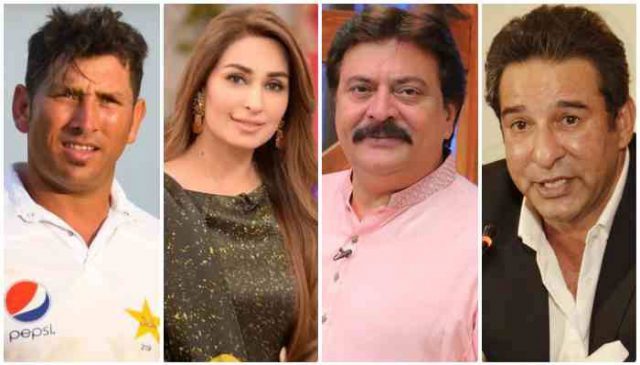 Pakistani actress Mehwish Hayat is set to receive a prestigious civil award Tamgha-e-Imtiaz–the fourth highest civilian award– for her marvellous performances on the Pakistani big screen. Mehwish Hayat is an incredible star in Pakistan’s film industry who holds records of most popular movies.

Nearly, all her movies have performed well on Pakistan’s box office. She has appeared in movies Jawani Phir Nahi Ani, Actor-in-Law and Punjab Nahi Jaungi, and ‘Load Wedding’ that have been critically and commercially successful. Mehwish Hayat is set to receive the award at Civil Awards Ceremony due to be held on 23rd March, Pakistan Day.

Mehwish Hayat is amongst other 127 people who will be bestowed with a civil award by President Arif Alvi. Other entertainment figures being honored on March 23 to include actor Babra Sharif and singers Attaullah Essakhelvi and Sajjad Ali, who are both being bestowed the Sitara-i-Imtiaz. Reema Khan is getting a Pride of Performance award.

Mehwish Hayat expressed her joy over the news and credited her colleagues within the industry for her success. Speaking to the media, “I was very humbled by the news that the President of Pakistan has decided to bestow this honor upon me. For me, I have simply been pursuing my passion and to be recognized in this way with one of the highest civil awards is recognition that I must be doing something right.

“I took the decision very early to remain in Pakistan and to focus on building our nascent industry and I am proud of my contribution. For the past five years, I have been blessed with some of the biggest hits of Pakistani cinema.”

“But I cannot take credit for this alone and as I receive the award on the 23rd I will be sharing it with all the directors, co-stars, writers, technicians and even the makeup artists and spot boys who have contributed to this success.

“I thank all my fans who have supported me through this wonderful journey. All I can say is that best is yet to come and I hope to keep making Pakistan proud of me. Pakistan Zindabad.

Previous articleIndian ad under fire for promoting Hindu-Muslim harmony
Next articlePakistan-India standoff: The role of Israel, US, and Beyond – Part-I

23 July 2021
Previous articleIndian ad under fire for promoting Hindu-Muslim harmony
Next articlePakistan-India standoff: The role of Israel, US, and Beyond – Part-I

We Stand with Pak Army, Top trend on Pakistani Twitter

PM Khan bears the expenditures of residence from his own pocket