Merger of FATA: to be or not to be? 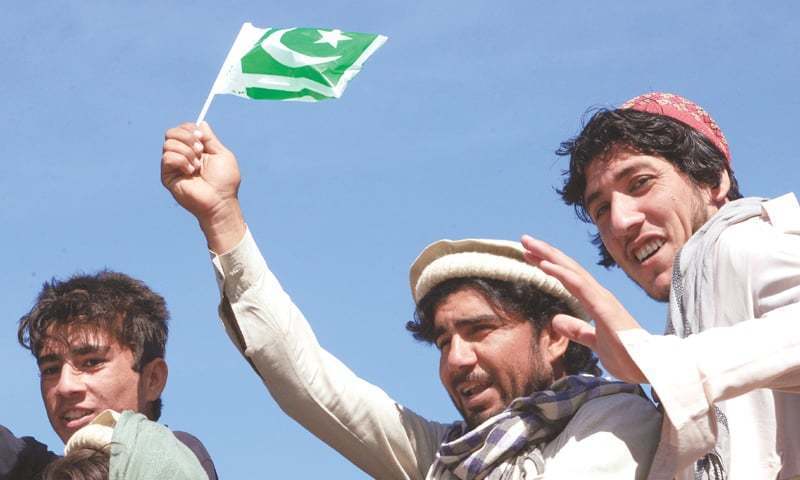 The debate over Federally Administered Tribal Area’s (FATA) reforms and what these should consist of and more importantly its merger with Khyber Pakhtunkhwa (KPK), is still up in the air as far as FATA people are concerned. The region with seven agencies and six frontier regions, has more than 27000 sq. km area, borders with Balochistan, Khyber Pakhtunkhwa and Afghanistan, and has a population of over ten million people.

On January 30, in Islamabad, a Jirga was held on the future of FATA, called by Mahmood Khan Achakzai’s PK-MAP and supported by JUI (F). A number of chieftains, ex-ministers, scholars and religious leaders participated and rejected the proposed FATA’s merger in KPK and demanded a separate new province.

They claimed that the Government’s reform committee on FATA hardly consulted two or three public representatives from FATA and spent less than one hour surveying each agency.

FATA’s people carry no mass. They are neither being consulted nor being asked for their suggestions on the proposed reforms in the area.

In this situation, with political parties pulling and grabbing for their own interests, FATA’s people carry no mass. They are neither being consulted nor being asked for their suggestions on the proposed reforms in the area.

The support by the ANP of Fata merger into KPK is being supported by the party since they are expected to benefit by receiving an increase in provincial seats and party representation at the federal level. JUI and PK-MAP want a referendum also to be held along with consent of FATA council.

The consent of FATA people and support of the FATA council is necessary in order to avoid any controversy in the future. This is also important so that any further tensions are not exacerbated by domestic political players or foreign agencies.

Historically Pakistan has always given importance to the notion of referendum state-related issues. For example, the demand by Pakistan for a plebiscite to be held on the Kashmir issue. This right should also be accorded to the FATA people; the right to decide whether they would like a merger of FATA in Khyber Pakhtunkhwa or be created as a separate new province.

Any political or interest-based decision on FATA will add to tensions for the federal government in the future.

FATA as a separate province

When India can increase the number of provinces from 12 to 29, Indonesia has 34 and Thailand has 76, why not Pakistan? New provinces will surely help to distribute duties and ensure rights and improve good governance in the country.

The establishment of FATA as a new province can minimize federal responsibility and ultimately the army’s engagement in the area. FATA’s establishment as a new province will ensure many rights to tribal people including; getting an average provincial budget of 360 billion rupees, twenty-three senators (as per province), 14 MNAs and more than 50 provincial assembly members.

the merger of FATA will prove to be a difficult kettle of fish for the KPK government to manage.

Khyber Pakhtunkhwa, which is already bearing the brunt of extremism and terrorism, will be hit even worse after the merger of FATA. This would compound unrest in the province as increasing bad governance and misgovernance occurred.

Currently, despite all PTI’s promises, the province still faces major issues including; poor performance by the bureaucracy, lack of job opportunities, high competition among job-seekers, no proper sources of revenue and a large population, this is if we ignore the effects of the Afghan refugees in the province.

In this situation, the merger of FATA will prove to be a difficult kettle of fish for the KPK government to manage.

Currently, Pakistan’s large provinces and population are already creating huge governance and infrastructure challenges for the government. The more populated the provinces are the greater the issues. The federal government must ensure that the decision for FATA is not one made by self-centric political parties who only think for themselves and not the nation.

Abdul Rahim is currently pursuing M. Phil degree with a focus on Talibanization and Imperialist Designs in 21st Century at International Islamic University, Islamabad. He tweets at Rahim_realist and his email is abdul.mseng346@iiu.edu.pk. The views expressed in this article are the author’s own and do not necessarily reflect Global Village Space’s editorial policy.

Can Pakistan and India resolve the Kashmir issue?