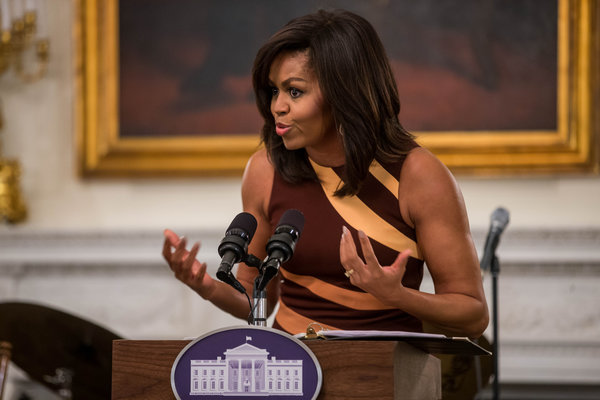 WASHINGTON — Michelle Obama has bridled for years at the confines of life in the White House and has tried to steer clear of the partisan messiness that has consumed her husband and is fueling this year’s bare-knuckled presidential contest. But this week, Mrs. Obama will wade into the campaign fray on behalf ofHillary Clinton, putting her broad popularity and reputation for authenticity to work for a candidate who has suffered from a lack of both.

At an event in northern Virginia on Friday, Mrs. Obama will urge voters to register ahead of the state’s Oct. 17 deadline, the first of what aides say will be a series of appearances in the coming weeks in support of Mrs. Clinton. Mrs. Obama’s steps into the campaign spotlight underscore hertransformation from a once-reluctant political spouse into a confident public figure, a role she says she has embraced more fully during President Obama’s second term.

“To access the complete article, please use this link: NY Times

Pakistan, Afghanistan and the US Joins hands to fight Daesh in the region