Middle Eastern allies to step up Iran surveillance: US

US Secretary of State Mike Pompeo asks allies to step up on Iran surveillance during his trip to UAE and Saudi Arabia. 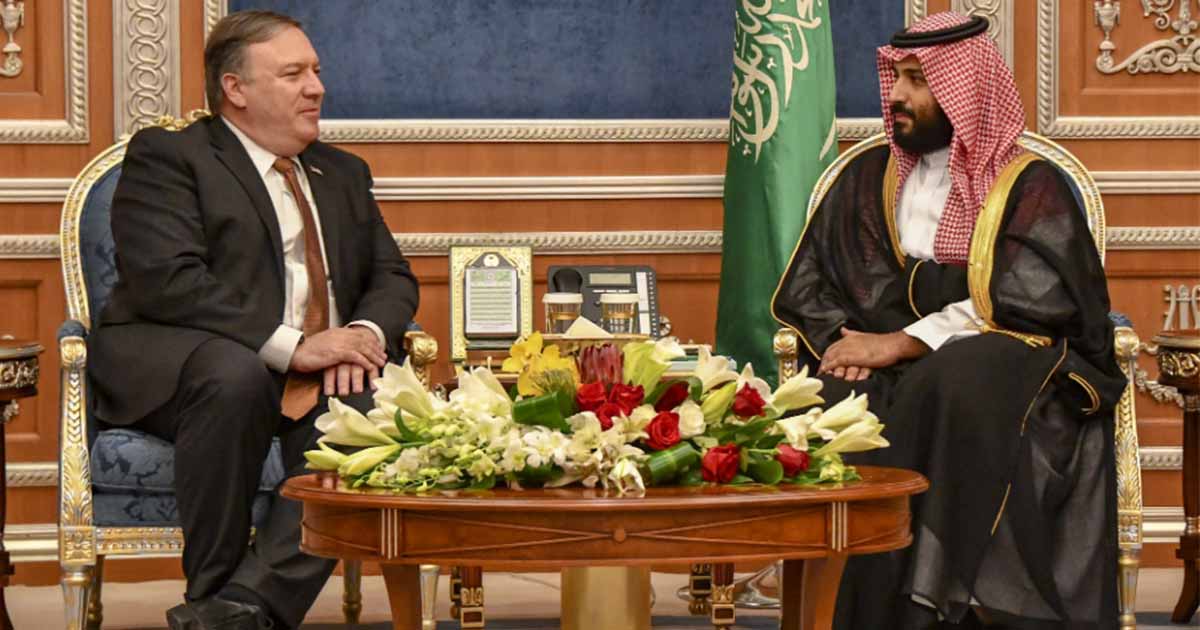 US Secretary of State Mike Pompeo on Monday encouraged Saudi Arabia and the United Arab Emirates to do more to ensure maritime surveillance with Iran, which days earlier shot down an American drone.

Pompeo flew to the US allies just as President Donald Trump, who often complains of allies freeloading off Washington, called for Asian nations in particular to share more of the cost of security in the oil-rich Gulf.

Pompeo, meeting with Abu Dhabi’s Crown Prince Mohammed bin Zayed, said he was hoping that more than 20 countries including the United Arab Emirates and Saudi Arabia would work together on building maritime security.

“We’ll need you all to participate, your military folks,” Pompeo said.

“The president is keen on sharing that the United States doesn’t bear the cost of this,” Pompeo said.

Trump last week ordered but then cancelled a military strike on Iran, saying the response would not be proportionate to shooting down an unmanned drone.

Trump has called for talks with Iran, which says he is insincere as he is also ramping up sanctions and last year pulled the United States from a de-nuclearization deal with which UN inspectors say Tehran was abiding.

In a joint statement, the United States and its allies; Saudi Arabia and the United Arab Emirates alongside Britain backed the call for talks, while renewing concern about Iran.

Productive meeting with King Salman bin Abdulaziz Al Saud today to discuss heightened tensions in the region and the need to promote maritime security in the Strait of Hormuz. Freedom of navigation is paramount. pic.twitter.com/efuZq5EOpK— Secretary Pompeo (@SecPompeo) June 24, 2019

“We call on Iran to halt any further actions which threaten regional stability, and urge diplomatic solutions to de-escalate tensions,” said the statement released by the United States on Monday.

Iran says the US drone violated its airspace, a charge that Washington denies. The United States has sought to end all of Iran’s oil exports, one of a series of unilateral sanctions that Tehran has described as “economic terrorism”.

A US official said that Pompeo’s coalition concept, which is in its infancy, could involve foreign militaries but that their task would be to observe, not to escort commercial ships.

US officials cast the drone as a defensive push against Iran, which has in the past threatened to shut the Strait of Hormuz, the chokepoint to the Gulf through which 20 percent of the world’s oil flows.

Read more: US trying to lobby in Middle East against Iran

“We have to build a coalition to prevent what the Iranians are doing in the Gulf, which is to inhibit or undermine the freedom of commerce and trade and freedom of navigation,” the official said on condition of anonymity.

The coalition would provide “both material and financial” support “to have eyes on all the shipping”, the official said.

Pompeo met in Jeddah with Saudi King Salman and Crown Prince Mohammed bin Salman, who last week was linked by a UN investigator to the killing and dismemberment of US-based dissident writer Jamal Khashoggi.

US officials said they did not know if Pompeo raised the issue with Prince Mohammed.