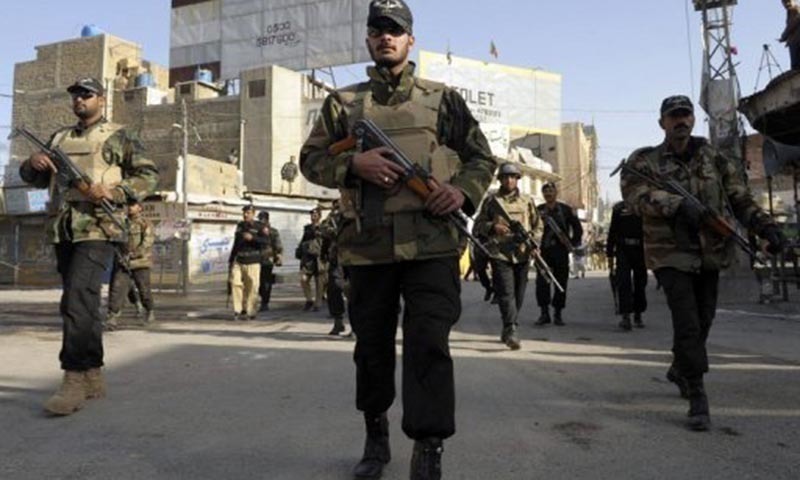 The TTP said it carried out the attack, the second time this month it has claimed a deadly assault on security forces. The Frontier Constabulary (FC) officers were attacked while patrolling a railway line in the provincial capital Quetta.

The victims had no chance to retaliate, said Abdul Razzaq Cheema, a senior police official, adding that they recovered 108 Kalashnikov bullet cases from the site. “We suspect the attackers were at least four people who came on two motorbikes,” he said.

A senior official of the paramilitary force confirmed the attack and toll. On February 3 a suicide bomber killed 11 soldiers in an attack on an army camp in the Swat Valley in the northwest, with the Pakistani Taliban claiming responsibility.

For more than a decade police and troops have been battling Islamist militants and separatist groups in mineral-rich Balochistan, which borders Iran and Afghanistan. On January 15, five FC troops were killed and six others were injured after their vehicles were ambushed in Balochistan’s Kech district.

Balochistan has turned into a hot bed of proxies with involvement from India continuing to stir up trouble in the region with covert operations. Kulbahsan Jadhav, an Indian spy was caught inciting violence in the province and was arrested in March 2016, proving decade-old claims of the Indian government’s attempts to destabilize Pakistan.