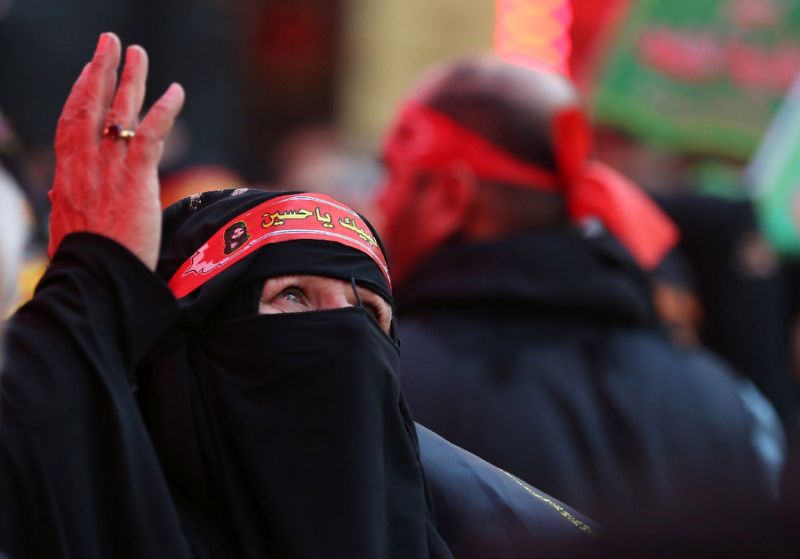 Over 13 million Shiite pilgrims crowded Iraq’s holy city of Karbala Tuesday to mark the annual Arbaeen commemoration, under tight security less than a year after the country declared victory over the Islamic State group.

Arbaeen is one of the world’s biggest religious festivals and marks the end of the 40-day mourning period for the seventh-century killing of Imam Hussein by the forces of the Caliph Yazid a formative event in Shiite Islam.

Niman al-Bachashi had come from Najaf, another Iraqi holy city, and insisted that he felt “no threat” despite fresh memories of the carnage that has rocked Iraq.

Dressed in black, pilgrims beat their heads and chests as they thronged the golden-domed mausoleum where the Prophet Mohammed’s grandson is buried.

Imam Hussein’s killing in the Battle of Karbala in 680 AD was part of a fierce dispute over who should succeed the Prophet, which eventually developed into a bitter schism between the Sunni and Shiite branches of Islam.

The authorities estimated that more than 13 million worshippers had flocked to Karbala, 100 kilometres (60 miles) south of Baghdad, from across Iraq, Iran, Lebanon, Pakistan, Afghanistan, the Gulf states and even Europe and the US.

Some 1.8 million visas were handed out to worshippers from neighbouring Iran. Kuwaiti Ahmed Hussein lauded his “brother Iraqis who have been so generous” to the pilgrims as they journeyed for hundreds of kilometers by foot to their destination.

As tradition dictates those living along the route offered free meals, cups of tea and even massages to the passing faithful. Niman al-Bachashi had come from Najaf, another Iraqi holy city, and insisted that he felt “no threat” despite fresh memories of the carnage that has rocked Iraq.

Baghdad declared victory over the Sunni jihadists of IS in December after a brutal fight to drive them from Iraqi towns and cities. But the jihadists still roam areas along the border with Syria and maintain the capacity to launch deadly attacks.

To protect the Arbaeen commemoration 30,000 soldiers and police officers were deployed, as well as 22,000 fighters from the Hashed al-Shaabi paramilitary forces, commanders said. Security forces checked pilgrims and vehicles and guarded hundreds of kilometers of roads leading to Karbala.

How did she get in? PM Khan orders investigation into Tik Tok videos at MOFA