Mind over Matter: Persistence works wonders in all situations in life 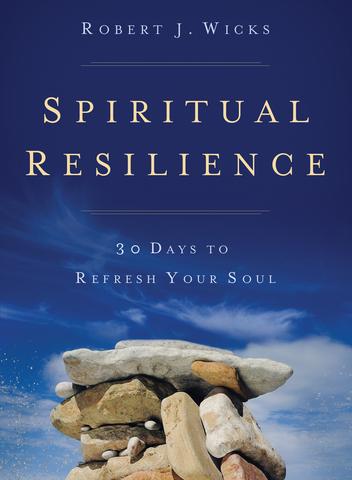 Pakistan, has one of the largest disabled populations in the world, around 10 percent of its total population. For these people, life is difficult since, in Pakistan, disabled individuals live in a social and cultural environment, that is not conducive to them.

Although, according to the Disabled Persons (Employment and Rehabilitation) Ordinance of 1981, they have been given a 2-3 percent quota for the disabled people in government jobs, but that is not sufficient. Those jobs quotas are usually not filled and moreover, the government has not undertaken the necessary requirements in these jobs to even allow people to operate to their fullest capacity. To bring these special people of society economically at par with all the “able” people, it is necessary for the government to devise and implement certain concrete strategies and help them with their lives.

However, despite this Pakistan has many success stories of special people who have made it on their own. One of the many such stories is that of Muhammad Ebrahim.

The story of Muhammad Ebrahim

Muhammad Ebrahim’s dream of joining the Pakistan Army was shattered when he became paralyzed after a doctor’s negligence, who injected him with a wrong dose when he went for a regular check up for his Arthritis. Ebrahim, at that time, was one of the brilliant students of his college in Quetta.

He was taken to every single local hospital and even to the famous Agha Khan Hospital, Karachi but was left with little hope of his potential recovery.

“I had been suffering from severe body pain when I was completely on bed rest from 2002 till 2011 and the only medicine I was taking were the usual pain killers.”
– Muhammad Ebrahim

When asked about his improvement, after all doctors had lost hope, he said that he had reverted to meditation and spiritualism, which never let his confidence waver and that he never give up the hope of living. He said, “After hundreds of attempts I succeeded to walk a mere 4 to 5 meters’ distance in more than 3 hours due to the feeling of severe pain in my whole body.”

Individuals like Muhammad Ebrahim are an essential part of our society and they can play their part in the society in a lot better manner if the government’s support is with them.

Muhammad Ebrahim is now 35, a Graphic Designer by profession and lives with weakened legs. He walks with great difficulty using a walker-machine or by leaning and dragging himself against the wall. Speaking about his educational struggle and achievements, he commented that obtaining diplomas and degrees were good, but that should not be the only source to determine the ability and capability of someone. He maintained that he knew too many people, who acquired higher education from renown universities of the country but still roaming jobless.

During his time in the college, Mr. Ebrahim used to work in his brother’s Graphic Designing shop as an assistant. He was not only suffering from a disability but also confronting the severe economic crisis, as he and his family had been living in a rented house. After making a small recovery from having to lie only in bed, he was able to sit on a chair with a desk. Mr. Ebrahim started graphic designing on a small scale and made one of his rented rooms as an office in order to seek ways of earning to feed himself and his family, he struggled to gain clients.

Nevertheless, he did not give up; his hard work and struggles continued.

“I decided to demonstrate my ability and capability to the world, so I started offering my services online as freelancer. When I did not succeed even to win a single bid after passage of half a year, my friends and colleagues started to advise that I should not waste my time for online Graphic Designing bids as I was not capable of competing with – what they called – extraordinary professionals from all over the world with outstanding educational background.”

He went on against all odds and in his words “1st January 2012 was a game changer for me when I had finally won a bid”, he said in a cheerful mode. “It would be unfair, if I do not give credit to my best friend, who is also a Graphic Designer, Umair Dawood, of Karachi whom I have never met save on social media. He was the one who never let me get disappointed.”

Read more: How these 10 tips can improve your communication with others?

From 2012 up till now, Ebrahim, as a freelancer, has succeeded in winning more than 130 bids from different online websites including www.freelancer.com. With his earnings from Freelancer, he managed all expenses of his marriage and is now living at his own house. He now runs his own Company by the name of “Designs Galaxy” and also conducts free of cost courses for community members. So far, he has imparted training to dozens of students, who are now earning handsome amount of money from their skills and professions.

He now runs his own Company by the name of “Designs Galaxy” and also conducts free of cost courses for community members. So far, he has imparted training to dozens of students, who are now earning handsome amount of money from their skills and professions.

Individuals like Muhammad Ebrahim are an essential part of our society and they can play their part in the society in a more productive manner if the government works to ensure they are given an equal is with them. A few steps, a little comfort to make them feel that the government and society will not leave them alone when they are already facing a lot of hardship is all they need to keep going.