After forgetting an important file for the budget 2019-20 session, Minister Khusro Bakhtiar invited the ire of Prime Minister Imran Khan, and attracted criticism for venting out his anger on his elderly servant in a “shameful and uncultured” manner. 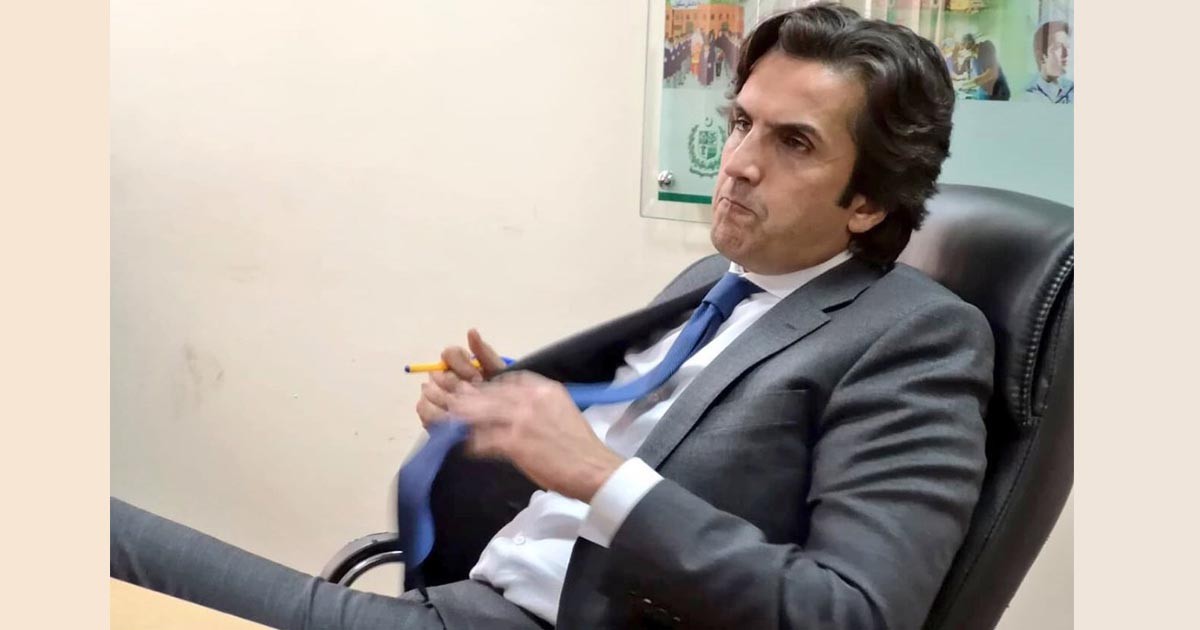 Prime Minister Imran Khan was extremely displeased with his Minister for Planning, Development and Reforms Makhdoom Khusro Bakhtiar, when he mistakenly forgot an important file during the first budget session of the incumbent Pakistan Tehreek-e-Insaf-led government in the National Assembly on Tuesday.

During the address at the parliamentary party meeting in Islamabad, held prior to the budget session in the National Assembly, PM Khan reprimanded his minister for forgetting the vital file carrying important details of the Federal Budget 2019-20, which he had mistakenly left at home.

Minister Bakhtiar walked out of the meeting, and resorted to venting out his anger on his servant, ordering him to fetch the documents as soon as possible.

When it was his turn to address the meeting, Minister Khusro Bakhtiar began fumbling with documents, desperately hoping for the file to turn up, provoking the Prime Minister to express his displeasure over such a blunder.

This is seriously rude! was not expected atleast from a seasoned politician and federal minister Khusro Bakhtiar! pic.twitter.com/zeldIko3kU

Minister Bakhtiar walked out of the meeting, and resorted to venting out his anger on his servant, ordering him to fetch the documents as soon as possible.

Surrounded by a group of people who were quick to take out their smartphones and record the minister’s ordeal, Bakhtiar can be seen walking up and down in bewilderment, and grilling his servant for taking up longer than instructed to bring back the file.

The video of the Minister’s angry tirade at his elderly servant has now gone viral on social media. After the file was retrieved, the elderly assistant was told to hold the Minister’s phone and wait outside the meeting room for his ‘master’.

With the video, now viral across social media platforms, professionals and citizens from all walks of life are criticizing Minister Bakhtiar’s actions as being “shameful”, “arrogant” and “undignified” for a man of his stature.

He is widely criticized for being disrespectful to an elderly servant who seemed “old enough to be his father”.

That's all you got Khusro Bakhtiar?
He is as old as your father.@ImranKhanPTI pic.twitter.com/3B5PaSDVuo

Many Twitteratis have drawn attention towards his “uncultured and unethical” behavior, and one even advised Minister Khusro Bakhtiar to “learn how to treat elders”.

#KhusroBakhtiar should learn how to treat Elders.

However, Arshad Malik, a retired army officer, offered a different perspective on the situation.

Malik tweeted, “When I was very young in the job, my subordinates were of my father’s age. I always had a go at them when they didn’t perform and appreciated when they did well. Age should not be brought into the work place. Khusro Bakhtiar was absolutely correct in his dealing in the video.”

Shoes Off, Head Down: Kate Middleton Won Hearts During Visit to Badshahi Mosque

Four officers promoted to the rank of Lieutenant General: ISPR